So this would be the chorus for that verse: END_OF_DOCUMENT_TOKEN_TO_BE_REPLACED

Most of the story is about proposed fracking in north Georgia that we noted back in 2013, plus fossil fuel industry propaganda about how great they say that would be for the local economy, with very little about the immense destruction, environmental hazards, and invasions of private property that would ensue. The AJC version of that Dan Chapman story didn’t seem to have END_OF_DOCUMENT_TOKEN_TO_BE_REPLACED 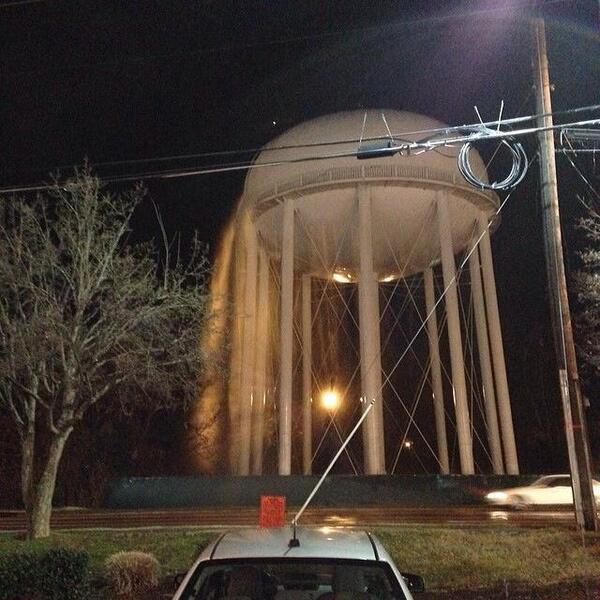 It is not in a seismic-sensitive area.

Fanning also claimed the technology was safe, before SO failed to get a reactor vessel from Savannah to the site, and before a renewed scandal revealed Korea’s document-forging Doosan supplies that “safe” nuclear technology. How safe will Plant Vogtle be in a bigger earthquake? How safe is it even without an earthquake? Not safe for the ratepayers or the taxpayers of Georgia or the U.S.

The Greater Lowndes Planning Commission meets tonight at 5:30PM, but there’s no agenda posted anywhere online. At the same meeting at which he asserted “we have broadband”, and “transparency is not a problem” County Chairman Bill Slaughter said the county doesn’t publish agendas or minutes for the Planning Commission because of “the expense”.

“the expense”
v.
“When officials act like
they have something to hide,
they often do”

I suppose I don’t know much about this Internet stuff, so maybe somebody can explain it to me: what’s the big expense in publishing the GLPC agendas and minutes the same way the county publishes its own agendas and minutes? Yet if you search for the Planning Commission on the county’s website, all you find is its name in a list of Boards, Agencies & Commissions; tonight’s meeting is not even listed in the county’s online calendar.

For that matter, what would be the big expense in posting the entire agenda packets, like for example END_OF_DOCUMENT_TOKEN_TO_BE_REPLACED

So why does Augusta have the second highest high tech job growth in the country? I can only speculate, but local government transparency could be a factor. If you had a high tech company and were looking to open an office, would you go for a place where you couldn't tell what the local governments were up to, or one where you could easily find out? Augusta's combined City Council and County Commission meetings (it's a consolidated government) are on video, online. Their agendas are available in either HTML or PDF, with attachments.

Here's an example, their

5 December 2012 Commission Meeting. It includes a proposed amendment to their land subdivision code. The actual proposed ordinance is linked right into the agenda so everybody can see it.

And yes, they link attachments into their agendas before their meetings; here's Augusta's agenda for their meeting tomorrow 18 December 2012, already with attachments, such as this one about a zoning exception, which was apparently submitted on a standard agenda submittal form, and approved by the Clerk of Commission.

complained the Chamber of Commerce hadn't read a proposed zoning code change even though that change is not linked into the agenda (nor is anything else) and last year the same Chairman said no drafts would be published. Tuesday last week, Lowndes County Commissioners passed changes to the solid waste ordinance and to the alcohol ordinance that voters and taxpayers and business owners did not get to see before the Commission voted on them. Those ordinances seem to be on the county website now that it's too late to provide input on them: alcohol and waste. Both ordinances were revised with no public hearings. And the Chairman even forgot to hold a scheduled public hearing on special tax lighting districts. Oh, and they apparently now have property owners paying on almost $9 million in bonds for a county palace that only two years ago they said was already completely paid off out of sales taxes.

If you had a high tech company and were looking to open an office, END_OF_DOCUMENT_TOKEN_TO_BE_REPLACED

What is Augusta doing that attracts so many high tech jobs?

A national group working to promote entrepreneurship says Augusta has the second highest growth rate of high tech jobs in the past five years.

San Francisco based Engine Advocacy says between 2006 and 2011, Augusta increased its technology sector jobs by 81%.

If that was the only key, Lowndes County and Valdosta MSA would lead the country…. What else?

U.S. nuclear-power output remained near a 4½-year low for a fourth day as the Vogtle 1 reactor in Georgia shut down unexpectedly, the Nuclear Regulatory Commission said.

Power generation nationwide decreased 538 megawatts to 71,781 megawatts from yesterday, or 71 percent of capacity, the smallest amount since Oct. 22, 2006, according to an NRC report today and data compiled by Bloomberg. Twenty-nine of the nation’s 104 reactors were offline.

Southern Co. (SO)’s 1,109-megawatt Vogtle 1 reactor automatically tripped offline yesterday at 5:34 p.m. when it was at full power. The cause is under investigation, the NRC said.

The shutdown was ironically two days after an NRC public meeting “to discuss Plant Vogtle’s annual safety evaluation and assessment.”

That would be the same location where, according to Tice Brashear back in 18 March 2009: END_OF_DOCUMENT_TOKEN_TO_BE_REPLACED