A Virginia electric utility bought a solar project near Georgia Power’s nuclear plant Vogtle, and has been busily buying up four more, in Indiana and Connecticut. The Georgia electric customer is recent coal-to-solar convert Cobb EMC, not Georgia Power. This is the same Dominion Power that got Virginia to legalize its “standby charge” of a monthly fee for individuals to connect solar to its grid. Is Dominion trying to beat Edison Electric’s warning of the disruptive challenge of rooftop solar by building large solar plants? If so, it’s a start, with quite a few construction jobs. And all of this new solar power is expected to be online this year, a lot faster than nuclear….

Dominion announced on March 1, 2013, that it has acquired a solar energy development project in Georgia from Smart Energy Capital and Jacoby Development. The expected start of commercial operations is Dec. 1, 2013. (> View our news release for complete details.)

Dominion’s Azalea Solar Power Facility is planned to produce approximately 7.7 megawatts (AC) using photovoltaic technology. Dominion will select a contractor and oversee the construction of the project. The 40-acre project is located on END_OF_DOCUMENT_TOKEN_TO_BE_REPLACED

and is charged with a variety of crimes, still can be prosecuted.

The Georgia Court of Appeals on Thursday upheld the indictment of the former CEO of Cobb EMC, clearing the way for his prosecution to proceed.

In 2011, former Cobb EMC CEO Dwight Brown was indicted for allegedly operating the utility as for-profit company that benefited its leaders. He was charged with 31 counts including theft, false swearing, conspiracy to defraud the state and racketeering.

So former Gov. Roy Barnes may have briefly gotten Dwight Brown off on a technicality, but that show’s back on the road, two and a half years after it began. 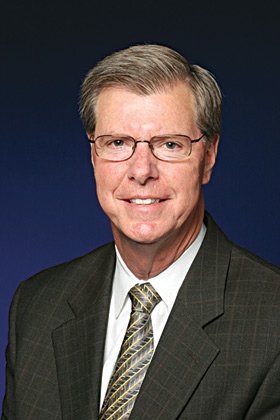 Meanwhile, insurgents won a majority on Cobb EMC’s board and Cobb EMC is END_OF_DOCUMENT_TOKEN_TO_BE_REPLACED

SO and Georgia Power can try to ignore END_OF_DOCUMENT_TOKEN_TO_BE_REPLACED

Now I know Georgia Power’s party line is that solar is only good in the U.S. southwest. But I don’t know how that explains END_OF_DOCUMENT_TOKEN_TO_BE_REPLACED

So what is Georgia Power afraid of that made their CEO Paul Bowers double down on old-style baseload? Competition, that’s what! What could be more scary in the power-monopoly state of the 1973 Territorial Electric Service Act?

On one side, Georgia Power faces GaSU and its 80 or 90 MW solar plant proposal. Walter C. Jones wrote for OnlineAthens 24 September 2012, Proposed solar company could stir up Georgia’s utility structure,

A proposal from a start-up business promises to lower electricity rates by rebating profits to customers if given a chance to compete as Georgia Power Co.’s “mirror image.”

To proceed with its long-range plan of developing 2 gigawatts of solar power, the start-up, Georgia Solar Utilities Inc., wants to start by building an 80-megawatt “solar farm” near Milledgeville as soon as it gets a green light from the Georgia Public Service Commission. GaSU filed its request last week, and as of Monday, it’s still too fresh for public evaluation.

So radical is the proposal that spokespersons for Georgia Power and the Georgia Solar Energy Association said they still were evaluating it and could not comment.

Groups that normally advocate for customers also are staying quiet.

END_OF_DOCUMENT_TOKEN_TO_BE_REPLACED

Paul Bowers, CEO of Georgia Power, doubled down on baseload nuclear, coal, and natural gas for the next fifty years. What’s he scared of?

Nick Coltrain wrote for OnlineAthens yesterday, Renewable push not in the cards for Ga. Power,

One time you can depend on it is hot summer days when everybody is air conditioning, which is why

Austin Energy flipped in one year from spouting such nonsense to deploying the most aggressive solar rooftop rebate program in the country. Austin Energy did the math and found those rebates would cost about the same as a coal plant and would generate as much energy. And when it is needed most, unlike the fossilized baseload grid, which left millions without power in the U.S. in June and hundreds of millions without power in India in July.

Bowers knows better than the nonsense he just spouted; as recently as November 2011 he told Georgia Trend,

END_OF_DOCUMENT_TOKEN_TO_BE_REPLACED

And what if even one of that three-legged regulatory capture stool’s legs went away? END_OF_DOCUMENT_TOKEN_TO_BE_REPLACED

Insurgents lost an EMC board election, but made their point anyway. Following up on the three locals running for the board of Snapping Shoals EMC, they lost, but remember Snapping Shoals EMC quit coal-pushing Power4Georgians when they announced they were running.

CONYERS — Members of the Snapping Shoals Electric Membership Corporation (EMC) have returned to office three incumbents in a rare contested election to the agency’s 11-member board of directors.

EMC board members set policies and oversee the finances and administration of Snapping Shoals. They serve staggered, three-year terms. The non-profit EMC is a consumer-owned cooperative in Covington, providing service to about 95,000 consumers in an eight-county area, including Henry County.

Anthony Norton of Rockdale, were being challenged because of their support to build the coal-fire power Plant Washington. Kaye Shipley, also of Henry County, Albert Roesel of Newton County, and Cheryl Mathis of DeKalb County form the group challenging the three. Voting took place at the cooperative’s annual meeting Thursday in Georgia International Horse Park in Conyers.

Amusingly, incumbent Gene Morris termed it a David and Goliath struggle with the incumbents as David. I’m not sure most people think of the power company as the little guy….

The story mentioned a post-election press release by the challengers, but didn’t link to it. No problem; END_OF_DOCUMENT_TOKEN_TO_BE_REPLACED

Pam Davidson is running for GA PSC District 5, challenging incumbent Stan Wise in the Republican Primary. In this video she spoke to the Cobb County Republican Party, first emphasizing that she wouldn’t take money from regulated companies, and then she spoke about those new Southern Company nukes:

The largest economic development project in the southeast is the two

nuclear reactors at Plant Vogtle. Now you may say, “I’m a Cobb EMC customer.” Well, when Georgia Power, as the largest regulated utility in the state builds a new facility, often that serves as a merchant facility, or Georgia Power will sell it to the EMCs. So indirectly the Commission votes on EMC issues.

According to Oglethorpe Power the statewide consortium of EMCs of which Cobb EMC is the largest,

Oglethorpe Power is a 30 percent owner of Plant Vogtle’s existing Units 1 and 2 and will own 30 percent of the two new units as well.

Back to Pam Davidson:

But you want to be very very careful about those nuclear plants. And we have problems, ladies and gentlemen. We have problems with nuclear reactors 1 and 2. And all those problems are really cost problems. I am in favor of nuclear energy. I think it’s a great source of energy. However, nuclear energy cannot survive a rennaissance if it’s so expensive.

When I spoke to her recently, Pam Davidson said:

END_OF_DOCUMENT_TOKEN_TO_BE_REPLACED

Only a few months ago, Cobb EMC pulled out of Power4Georgians and their coal plant plans; now Snapping Shoals EMC does the same. The sidewalk is indeed snapping up behind coal in Georgia. As once again customers of an EMC decide to run for its board. Southern Company and Georgia Power, are you listening? Not just about coal; also about those new nukes.

The insurgent candidates have a facebook page, Smart Energy for Snapping Shoals.