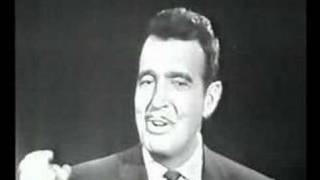 END_OF_DOCUMENT_TOKEN_TO_BE_REPLACED
Does CUEE have defectors? 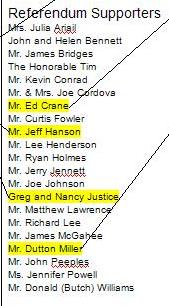 So what’s going on? Did CUEE’s website get termites, and we should trust the public schools to a group that can’t keep track of its own supporters? Or have some of CUEE’s supporters defected END_OF_DOCUMENT_TOKEN_TO_BE_REPLACED

This interesting graphic found on 2 is better than 1 illustrates that the connections between CUEE and Valwood go beyond what Annie Fisher pointed out,

“The members of the CUEE, they send their children to private schools.”

Beyond what Alex Rowell pointed out, that several CUEE board and supporters are Valwood trustees or donors. The Chamber is also closely tied to Valwood.

The Chamber and Valwood are actually even more tightly coupled than the graphic indicates. According to Valwood’s own website:

Valwood Board Elects Officers and Trustees
May 27, 2011

Valwood’s Board of Trustees is pleased to announce that it has elected the following officers who, along with Tom Gooding as Immediate Past Chairman and Dutton Miller as “Chairman’s Choice,” will serve on the Board’s Executive Committee for the coming school year:

Also, the Board of Trustees has re-elected the following Trustees to 3 year terms beginning July 1:

Plus as the above graphic points out, there are further intersections between the Chamber board and CUEE supporters. So the Chamber, CUEE, and Valwood are tightly intercoupled.

It seems we have a group of private school supporters trying to take over both the local public school systems. Does that seem right to you?

Valdosta school board member Annie Fisher pointed out CUEE members sent their chidren to private schools and now they’re meddling in public education. She listed some real issues, such as Valdosta city schools remain segregated, focussing on tests just to meet AYP, and we need to remove students from the prison to the classroom.

“How can we equally educate each child?”

Yes, let’s forget “unification” and focus on that.

You thought maybe I made up the three points I proposed to improve education? Nope, unlike CUEE, I’ve been paying attention.

It seems like being on the board or even publicly supporting a group dedicated to combining two public school systems while being a trustee or donor of the community’s biggest private school might present a conflict of interest.

CUEE Board Member David Durland is a Valwood parent and donor.

Of the listed supporters on CUEE’s website, there are three Valwood trustees, one of whom is a spouse of another trustee: Ed Crane,

Dutton Miller, and John Peeples (whose wife Jane is also a trustee).