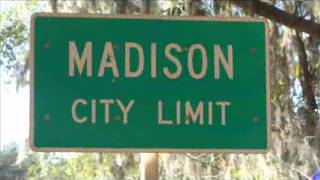 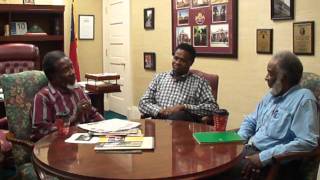 The special presentation is about the Westside Archives. The agenda doesn’t say what that is, but Valdosta City Council and former Mayor Sonny Vickers supports it, as you can see in this video by George Boston Rhynes.

At the same time, three other people got Westside Archives awards, including

Lowndes County Commissioner Joyce Evans was granted the Citizenship Award for her services to the county and its citizens.

The death of Kendrick Johnson at Lowndes High School in January is still considered suspicious by many, and protests continue, with increasing news coverage. I hear there’s going to be a vigil at the Lowndes County palace tomorrow evening.

WCTV posted a compendium 16 January 2013, Father Speaks Out at Prayer Vigil for Lowndes High Student, including statements from the Lowndes County Schools Superintendent and from the Sheriff’s Department. 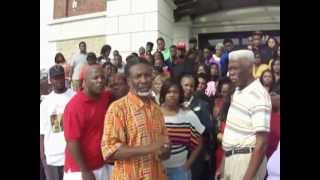 George Boston Rhynes of course has been on the case from the beginning, including videoing the protests and interviewing protesters. As he says, it’s a human rights issue.

END_OF_DOCUMENT_TOKEN_TO_BE_REPLACED

Received today. To quote a VDT editorial of 3 March 2012:

When officials act like they have something to hide, they often do….

SUBJECT: An open records request on behalf of the general public right to know…

END_OF_DOCUMENT_TOKEN_TO_BE_REPLACED

Here’s a video playlist of the 20 November 2012 South Georgia Regional Library Board meeting.

And here’s George Rhynes’ editorial on what he saw, heard, and was asked at that meeting. He’d prefer SPLOST being spent first on sidewalks than on moving the library where people would have to go farther to get to it. Also, like many of us, he’s tired of a few people controlling the purse-strings without input from the rest of us. He gave an example:

END_OF_DOCUMENT_TOKEN_TO_BE_REPLACED

At Tuesday’s South Georgia Library Board meeting. a board member (his nameplate said Willis Miller) wanted to know about SPLOST:

How we know it’s going to come up next November or at another time?

Here’s video of the discussion as it resumed later in the meeting:

Kay Harris said there had to be a minimum of twelve months, so November 2013 would be the next possible time. She said County Commissioner Richard Raines had expressed full support for the new library, and she was talking to the other commissioners. She was asked whether the SPLOST lists would be the same, and said there might be some changes, but she hadn’t heard anyone suggest that the Five Points property might be deleted. That’s curious, because she quoted Valdosta Mayor Gayle in the VDT 7 November 2012 as saying:

END_OF_DOCUMENT_TOKEN_TO_BE_REPLACED

George Boston Rhynes notes a trial date of 10 December 2012 has finally been set for the Quitman 10+2. They were arrested back in 2010 for alleged voter fraud. Their “speedy trial” has taken so long that one of them has died.

The governor did convene a committee that ejected them from the school board in January. After repeatedly going to Atlanta, after Georgia Association of Black Elected Officials (GABEO) held its general meeting in Quitman, after Georgia Secretary of State Brian Kemp came to Quitman to hear complaints about the handling of the Quitman 10+2 case and recent irregularities involving the Brooks County Board of Elections, members of the Quitman 10+2 were finally reinstated on the school board 9 October 2012. Yet their “speedy trial” has been delayed for two full years, all the way until after this year’s election.

Sixth Amendment to the U.S. Constitution:

In all criminal prosecutions, the accused shall enjoy the right to a speedy and public trial, by an impartial jury of the State and district wherein the crime shall have been committed, which district shall have been previously ascertained by law, and to be informed of the nature and cause of the accusation; to be confronted with the witnesses against him; to have compulsory process for obtaining witnesses in his favor, and to have the Assistance of Counsel for his defence.

Here are videos of all the presentations from the Meet the Candidates event at VSU Monday. This adds to the previous LAKE videos, and also includes a different perspective from George Boston Rhynes.

END_OF_DOCUMENT_TOKEN_TO_BE_REPLACED

The following is our honest responses to HUD and in response to the City of Valdosta’s 8th Year of responding to HUD CPMP Consolidated Annual Performance and Evaluation Report. This includes Narrative Responses to CAPER questions in relations to and with the Consolidated Planning Regulations and questions from the general public as highlighted on page 5, paragraph 1.

after reviewing all previous CAPTER’S and the city’s responses to them, I commend the City of Valdosta for responding to HUD in an extremely professional manner on paper. One can see and feel the professional prowess involved in providing these answers the City of Valdosta has placed on paper over the city’s (long) historic past. However, when one looks deeper into the problems facing our beloved community, one will find the following to be as Paul Harvey would say the rest of——-the story!

GENERAL QUESTIONS: The City of Valdosta’s response on the issues remains the same as reported in many other CAPERS such as:

END_OF_DOCUMENT_TOKEN_TO_BE_REPLACED

The number one thing we need to do is to make the government accessible and transparent, so that the business of the people goes on in public.

Gretchen mentioned she’d been going to County Commission meetings for about four years now, and thought it was her turn to serve. George asked why she was canvassing on the west side of Valdosta, and she answered:

The thing that is important for people to know is that every single citizen in the county gets to vote, Whether you live in Valdosta, Hahira, Lake Park, Dasher, Remerton, or the unincorporated areas. Every single person who lives in Lowndes County who is a registered voter gets to vote.

You have until October 8th to register to vote for the November 6th election. You can register at the Board of Elections at 2808 North Oak Street, or there are people going around with forms you can fill in and mail in or they will hand carry down there.