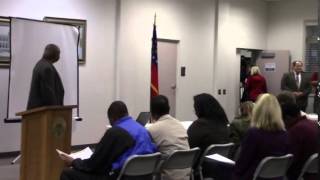 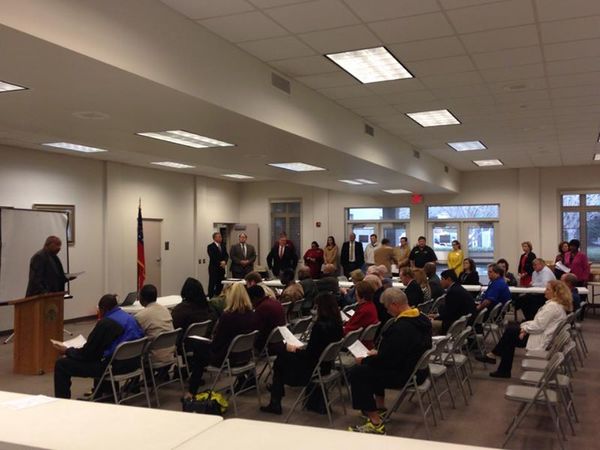 A committee of unknown members is holding a kickoff meeting today for the Educational Special Local Option Sales Tax. 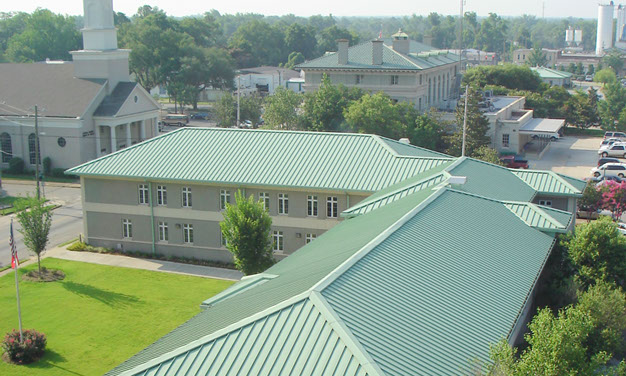 Various local news media carry the announcement below, but none of them seem to have the names of the committee members beyond one co-chair. I guess we’ll find out from the videos Gretchen is going there now to take.

Feb. 24: ESPLOST V Campaign. The ESPLOST joint committee will host a campaign kickoff on Tuesday, Feb. 24, at 5 p.m., in the Valdosta City Hall Annex Multi-Purpose Room. At the meeting, committee members will share proposed projects for Lowndes County and Valdosta City Schools with citizens. Early voting runs Feb. 23 through March 13. The final opportunity to vote will be on the official Election Day, March 17. For more information, email Co-Chair John Eunice at jleunice@yahoo.com. END_OF_DOCUMENT_TOKEN_TO_BE_REPLACED

The poster child for charter school privatization is Louisiana. It started in New Orleans after Hurricane Katrina, but the man-made education disaster has spread to the whole state.

Louisiana Governor Bobby Jindal has wasted no time this legislative

While “reform” usually has connotations of “making better”, in this case, “better” means more profit for private school companies, not better education for students.

Why would Louisiana’s legislators vote for something so counterproductive for education?

END_OF_DOCUMENT_TOKEN_TO_BE_REPLACED

Here’s another potential charter school referendum that BallotPedia doesn’t seem to have caught yet, in New Jersey.

John Mooney wrote for NJ Spotlight 3 February 2012, Assembly Committee Votes to Put Charters Under Local Control: Bill calls for local referendum on any school that wants to be granted a charter in a NJ district,

The Assembly education committee yesterday moved a bill that would

give local voters the right to approve new charters in their home districts. If passed by both houses, the law would make New Jersey only the third state to require charter schools to face a local referendum.

First proposed last year, the new bill has been toughened for the new session. Amendments filed with the bill would make those referendums retroactive for as many as 30 urban and suburban schools awaiting their final charters.

The votes would come after the state’s preliminary approval, but often as much as a year can lapse before the final charter is granted and a school can open.

NJ bill A1877 seems to have gotten stuck in the NJ state Senate Education Committee back in May. It has 21 sponsors, starting with Patrick Diegnan (D-Middlesex), shown in the picture above.

Related bill A2147 got as far as a second reading in the Assembly in February.

Charter schools in Georgia already have to be approved by local school boards. Let’s not give up that local control. Vote No on the charter school referendum in November.

END_OF_DOCUMENT_TOKEN_TO_BE_REPLACED

for the November charter school referendum than polls in March and July, which were already down from January. At this rate, the charter school referendum can lose as badly in November as T-SPLOST did in July. Maybe people are catching on that diverting local taxes to control by a state appointed body is a bad idea, especially this time when the money would end up going to private profit.

On January 24, the Georgia Charter School Association and My School, My Choice Georgia held a news conference on Capitol Hill to release the results of a new study regarding public school choice….

The new numbers showed that 52 percent of voters are dissatisfied with the public system as it currently stands. A whopping 72 percent feel that a group other than local school boards should be able to authorize charter schools, the basis for HB 881. Moreover, Georgia voters tend to support a “money follows the child” approach to charter school funding.

So there’s a baseline for January for what proponents of charter schools claimed: 72% support for something very like the charter school referendum that ended up on the November ballot.

Or not. That writeup includes a link to georgiaschoolchoice.com, but that domain is no longer registered. This is probably it over on the snazzy new gacharters.org website. The gacharters.org writeup doesn’t mention 72%, and does say:

END_OF_DOCUMENT_TOKEN_TO_BE_REPLACED

T-SPLOST proponents are up to their old tricks again, starting with the preamble to the charter school referendum. And Bert “Little Goose” Brantley, formerly of Lowndes County, defends that wording.

Here we go again, apparently another ballot issue with questions about whether it’s worded fairly.

Opponents howled when they found out the ballot preamble wording promised to “create jobs” and “relieve traffic congestion”.

They’re upset over the preamble wording for the Charter School Commission Amendment.

How can the preamble say that?