Most of the time in the relatively short April GLPC meeting was spent on the communications tower request, which see. 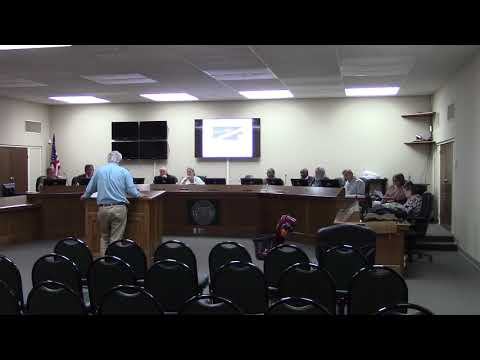 Below are links to each LAKE video of each item, with a very few notes, followed by a LAKE video playlist. See also the GLPC agenda and the agenda for tomorrow’s Lowndes County Commission Meeting.

First item on the regular agenda was Docket # 35537

There was lengthy discussion about the database provision and the $5 minimum charge in those rules. Commissioner Wise didn’t like the database as proposed and asked for an indefinite hold until they had a database that was verifiable.

Commissioner Echols asked whether the current proposal would be like a hold anyway, since it would involve another hearing. Staff said yes. Commissioner Everett asked END_OF_DOCUMENT_TOKEN_TO_BE_REPLACED