All of the speakers at the Comprehensive Plan Stakeholder Meeting were opposed to moving the Suburban Area line farther north on the Character Area Map. They presented cogent reasons, such as they live up there and aren’t going to sell, there are already 750 lots available for sale while it took a decade for Nelson Hill’s 500 lots to sell, and the county should be looking out for its people and preserving much of the county for the next 50 years. 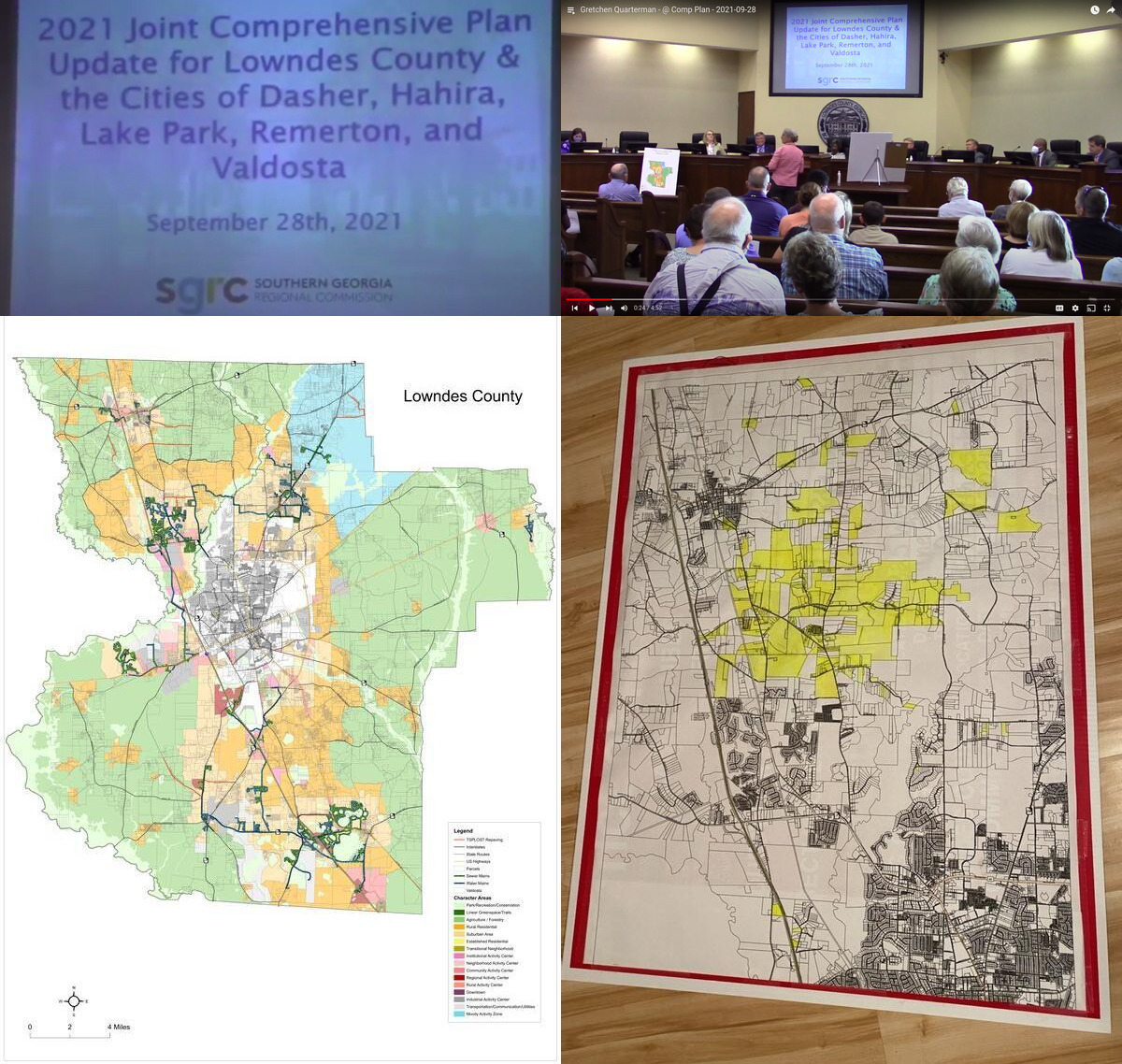 Most of the Commissioners acted like further development northwest in the county is a force of nature over which they have no control, and expressed more concern for developers and investors than for the room full of people in front of them or the 900 petition signatories opposed.

Here are links to each LAKE video of each speaker with copious notes, followed by a LAKE video playlist. There was no agenda. The lowndescounty.com online calendar had only a title, Comprehensive Plan Stakeholder Meeting, date, time, and place, with no agenda. The draft minutes are sketchy, omitting key points such as the Dorfman report, but you can find that report below. END_OF_DOCUMENT_TOKEN_TO_BE_REPLACED

Below are LAKE videos of each item, followed by END_OF_DOCUMENT_TOKEN_TO_BE_REPLACED 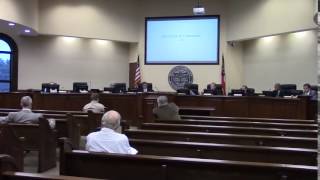 Only one citizen spoke at the second Budget Hearing 5PM 23 June 2015: Gretchen Quarterman asking for approval of the VLMPO request for funding for a public transportation study. The Chairman said they weren’t going to, and shortly afterwards at their Regular Session they didn’t, although they did approve more than that for a water main subsidy for private developers.

The 5PM meeting was billed on the county’s website as Budget Adoption Meeting and the previous morning by the Chairman as a presentation by the Finance Director. Is it a public hearing if it’s never advertised as a public hearing?

At least the proposed budget is on the county’s website, just not where END_OF_DOCUMENT_TOKEN_TO_BE_REPLACED

A Budget Adoption Meeting 5PM before the 5:30 PM Regular Session, 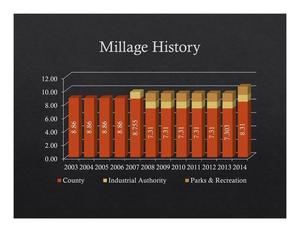 as alluded to at yesterday morning’s Work Session. Is this a second Budget Hearing? Does it count if it’s not advertised as a Hearing? And it turns out the proposed budget is on the county’s website, just not where they previously said it would be. 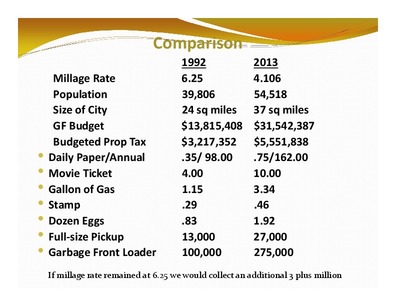 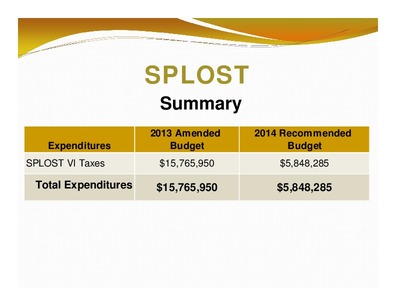 City leaders decreased the overall city budget from $86.2 million to $77.3 million, a result of END_OF_DOCUMENT_TOKEN_TO_BE_REPLACED I received the appended unsigned letter from Lowndes County recently, which says the 5,000 residents of the unincorporated parts that currently use the county’s waste disposal sites can sign up with Advanced Disposal (of New York City) for curbside pickup or…. There is no or. So look forward to trash dumping long roadsides, in parking lots in town, and on your property. And neither outgoing County Chairman Ashley Paulk nor County Manager Joe Pritchard even had the courtesy to sign the letter.

After noting that back in June the county changed waste permit cards from 12 months to 6 months, the letter says:

At purchase, information was made available regarding possible future options for solid waste management in unincorporated Lowndes County.

So the county is backing off from claiming card buyers got a letter spelling out options. I got no such letter with card purchase.

This consideration became necessary due to revenue generated by the sale of the permit cards, not covering the cost of operating the centers.

And that’s all the accounting we get. Where is the summary of expenses for the centers compared to revenue? The VDT reported from the Commissioners’ stealth retreat back in April:

As I pointed out then, “So that’s a rapid reduction in cost to less than a third of what it used to be, and less than half of what it was only a year ago.” Later Joe Pritchard said those numbers didn’t include everything being spent. So what was actually being spent? We the taxpayers and we the card payers don’t know. After a long series of meetings to which the public was either not invited at all or was not invited to provide input, at its last meeting of the year (exactly as I predicted), Commissioners approved changes to the solid waste ordinance eliminating the collection sites and granted a monopoly to Advanced Disposal Services of New York City.

Three new Commissioners were just sworn in yesterday, including a new chair. The new Commission in the new year is not, so far as I know, bound by the decisions of any previous Commission. It could undo the damage the old one just did. Or it could, like the old one, ignore concerns of public health, safety, and the environment that the state requires them to implement, plus concerns of local waste collection businesses, of local residents about recycling and about the lack of any other option than curbside; will the new Commission continue to kick 5,000 county residents towards curbside collection or tossing their trash in the your yard?

END_OF_DOCUMENT_TOKEN_TO_BE_REPLACED
It’s great that the local cities and the county government think they can negotiate how to share Local Option Sales Tax (LOST) money this time without spending a lot of money suing each other like they did back in 2002. It’s not so great that they’re doing it at an unannounced time and place. There’s a clue in David Rodock’s 31 March 2012 writeup about the Commission retreat, END_OF_DOCUMENT_TOKEN_TO_BE_REPLACED

The bonds the Lowndes County Commission is guaranteeing for South Georgia Medical Center (SGMC) are up for public auction this week.

According to the NYTimes yesterday, Treasury Auctions Set for This Week

The following tax-exempt fixed-income issues are scheduled for pricing this week:

ONE DAY DURING THE WEEK

-gretchen
Alcohol, rezoning, hospital, debt, and an election! Because Tuesday is Election Day, the Lowndes County Commission changed its regular meeting to Monday. Work sessions are usually Monday in the morning; today the Work Session is at 4:30 PM, just before the Regular Session at 5:30 PM. It’s a busy agenda, including two alcohol licenses, two rezonings, and an appointment to the Hospital Authority of Valdosta and Lowndes County (VLCHA); that’s the body that authorized South Georgia Medical Center (SGMC) buying Smith Northview Hospital, after which SGMC got the County Commission to have we the taxpayers guarantee $100 million in bonds for expansion. Hm, and “SGMC Revenue Certificates” is on this agenda, too.