It’s great that the local cities and the county government think they can negotiate how to share Local Option Sales Tax (LOST) money this time without spending a lot of money suing each other like they did back in 2002. It’s not so great that they’re doing it at an unannounced time and place. There’s a clue in David Rodock’s 31 March 2012 writeup about the Commission retreat,

Financial analyst Harrison Tillman discussed SPLOST funding, including when negotiations would be held. At the end of the day, Commissioners agreed upon meeting with area Mayors on April 9, after an upcoming Lowndes County Board of Commissioners work session.

Hm, “commissioners agreed”: looking forward to the list of which Commissioners voted each way on that decision, as required by the recent Georgia Supreme Court decision.

Also, if the entire Commission is meeting with the mayors, that makes it an open meeting of the County Commission. Yet there’s nothing on the county’s website about this (nor on any of the local cities’ websites as near as I can tell).

Do the articles in the newspaper that don’t say a time of day or a place for this meeting count as official notice? Or maybe it appeared in the official notices? Nope, road abandonment hearings, beer and liquor licenses, but nothing about a meeting with mayors, or a retreat, for that matter.

Of course, the Georgia open meeting law only says the county has to notify the newspaper of record, not that the newspaper has to publish the information. Perhaps the VDT, like the county government, doesn’t want citizens to see the county commissioners, or the city mayors, in action? Even when what’s being negotiated is how they will share around $22 million of our tax dollars? 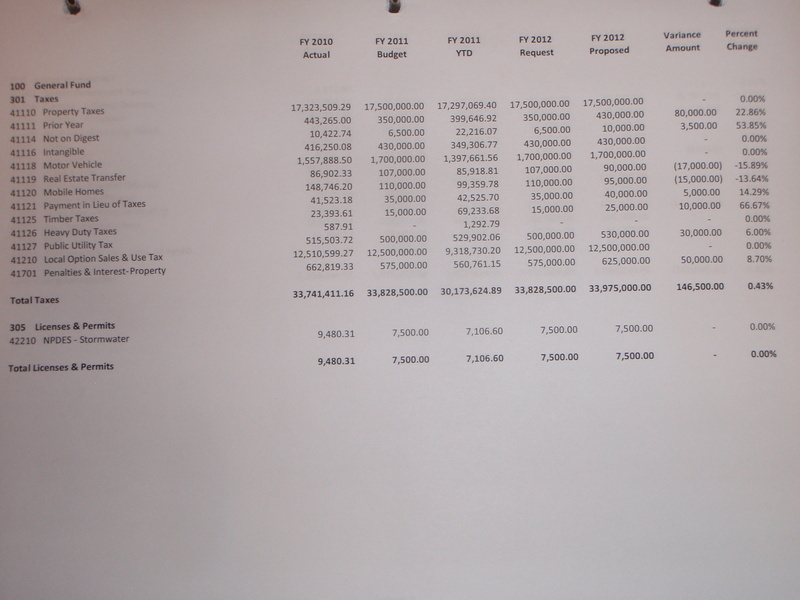