I voted early at the Lowndes County Board of Elections. Tuesday November 8th precincts will be open for Election Day 2016. 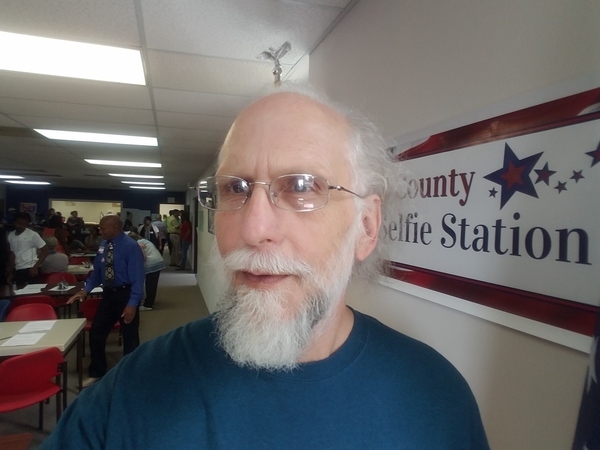 According to email to Gretchen from John Hallman with the Georgia Secretary of State, containing a forward from Jonathan Sumner, Hahira City Manager, originally copied to all the Hahira candidates, Mayor and Council, and many city employees on 25 October 2013:

Subject: No Runoff after General Election

In response to a question submitted to our City Attorney and myself earlier today by Supervisor of Elections Deb Cox, we have determined that a runoff after the November general election is not allowed under our current or even the old Charter (except in the extreme unlikelihood of a tie). The original 1912 charter stated,

END_OF_DOCUMENT_TOKEN_TO_BE_REPLACED

A local group, LibertYOUbreak, met at Valdosta High School Saturday for a series of brief talks of opinion on issues by a variety of local people.

The first talk, Why No on Amendment 1 by J.C. Cunningham for GA House District 175, has already been posted separately. Here’s a video playlist for the rest.

First they showed an animated movie, The American Dream by the Provacateur Network, which is mostly about money as debt. As I remarked to one of the organizers afterwards, that’s also the theme of Debt: The First 5,000 Years, by David Graeber, one of the founders of Occupy Wall Street (here’s a video interview with him, and a text interview). The cartoon movie, while presenting that theme in some depth, only briefly mentions Wall Street and focuses on the Federal Reserve and an octopus-like long-lived financial villain it calls Red Shield, which is English for Rothschild. I find that last a bit far-fetched, not to say outdated, considering that recent research shows that the real current octopus-like set of interconnected corporations looks more like this. But then plenty of things were said in the recent local political forums that I didn’t agree with, either. 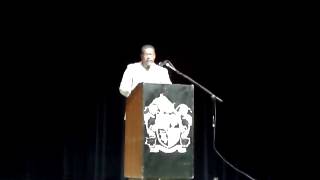 J.C. Cunningham, running for state representative district 175, reminded us all that the basic purpose of the Georgia state government is to provide public education, according to its constitution, and that local school boards already can and do approve charter schools. He gave five reasons for voting No on Amendment 1:

Here’s the video, followed by a partial transcript.

END_OF_DOCUMENT_TOKEN_TO_BE_REPLACED

The Hahira Historical Society’s parking lot was full at 6:30, with people parking in front of the building to vote. I found some last-minute campaigners, as well.

The two sign wavers were the mother of Sandra K. Guest for State Court Judge and John Page, running for Lowndes County Commission District 5 (west). In the video you can hear Page say he hopes to be in a runoff. The election results so far look like it may indeed be Jody Hall and John Page in a runoff.

The big parking lot was mostly full, and every voting booth was in use when I voted at 6PM at Pine Grove.

END_OF_DOCUMENT_TOKEN_TO_BE_REPLACED

T-SPLOST regions are an intermediate level of government in which all the people in the region vote together, not by counties. It’s a simple majority. It’s the latter of how you described it, it’s all the voters together.

I suppose it is a week-long protest, especially the 3PM march today, but it’s also a meeting of a legislative caucus. Ah, TV, got to be brief!

Greg Gullberg wrote for WCTV yesterday, Protesters Descend On Quitman For Weekend Long Rally: Protesters gear up to rally against what they call voter intimidation revolving around the “Quitman 12”.

Hundreds of protesters from across Georgia descend on Quitman in Brooks County.

They gathered at area restaurants like the Wiregrass Restaurant & Bar Friday night. They’re gearing up for a weekend long rally against what they call voter intimidation.

The “Quitman 12” is the focus of the march Saturday at the Quitman court house. The 12 include three Brooks County School Board members, along with nine other defendants who were indicted for charges of voter fraud.

Latoya Hamilton is a Quitman resident and also a Protester.

“To me, being a small city like this, it’s the first time something like this is being held in Quitman. It’s an honor being a part of this. It’s pretty much history in the making,” Hamilton tells Gullberg.

I agree with her and with George, that it’s a historic event.

The Georgia Association of Black Elected Officials (GABEO) is holding

its general meeting in Quitman this weekend in support of the Quitman 10. The big public event is this afternoon:

In this video, George Rhynes interviews Rev. Floyd Rose about how GABEO heard about the Quitman 10+2.

Rev. Rose also expresses hope that the local media will announce the GABEO meeting. (The VDT did have a story on it the other day, although it doesn’t seem to be online.) Amont many other points, he notes that the school board members of the Quitman 10 were elected mostly by white voters in Brooks County.

GABEO-Georgia Association of Black Elected Officials to hold annual conference in Q-town February 24, 25, 26, 2012. We are so THANKFUL that OTHERS HEAR and UNDERSTAND what happened in BROOKS. And we would love to meet you here!!! God bless ALL of you and God will continue to bless Brooks and America.