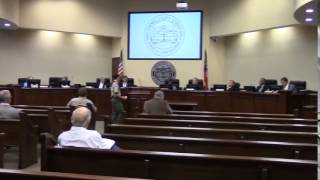 $16,915 to upgrade a water main to subsidize a developer, but no approval of $15,957 to study public transportation and truck routing.

And the Chairman gave an excellent demonstration of why elected officials would benefit by interacting and even debating with citizens, instead of jumping to conclusions and preaching at them.