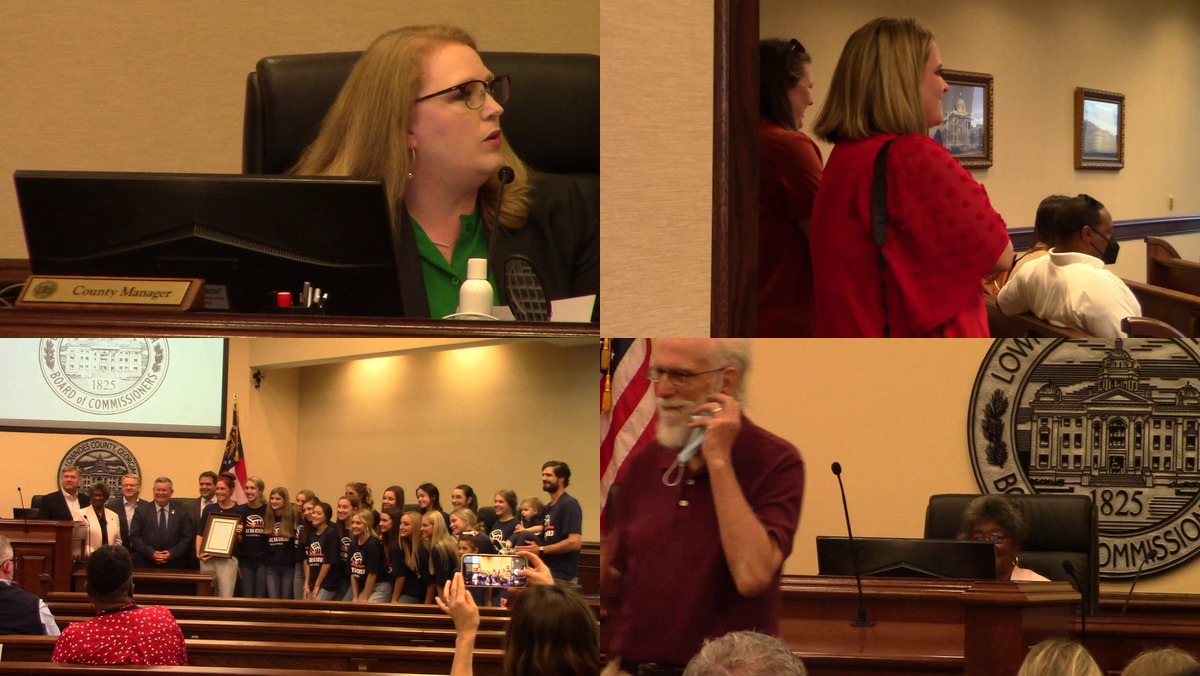 Here are links to each LAKE video of each agenda (and non-agenda) item, with a few notes, followed by a LAKE video playlist. See also the LAKE videos of the same morning’s Work Session, the agenda, and the board packet which we received in response to a LAKE open records request and put on the LAKE website. Some day the county will put its own board packets on its own website. END_OF_DOCUMENT_TOKEN_TO_BE_REPLACED 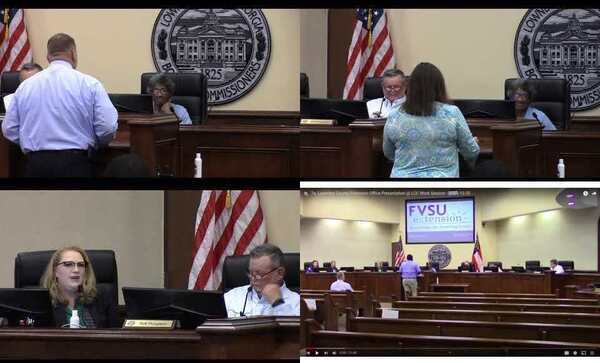 Below are links to each LAKE video of each agenda item, with a few notes, followed by a LAKE video playlist. See also the agenda and board packet, received in response to a LAKE open records request and on the LAKE website. END_OF_DOCUMENT_TOKEN_TO_BE_REPLACED

Here is the almost-completed Lowndes County Character Area Map for tomorrow’s Public Hearing to Review and Transmit the 2021 Comprehensive Plan Update. It does not look like the Character Areas have changed much.

Still, if you care, be there. 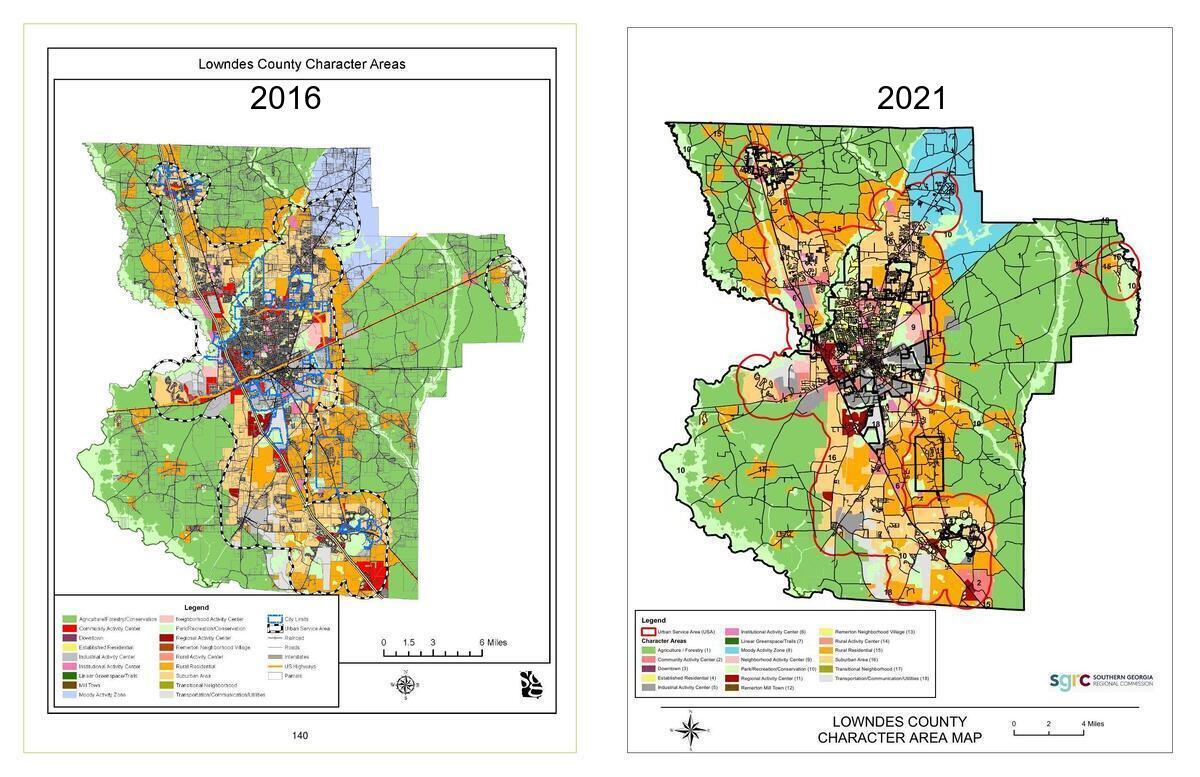 Thanks to Elizabeth Backe of SGRC, who wrote this morning:

The most recent version of the comp plan update is located on our website here, however there is one additional update that our web team has not yet uploaded. This item is for each of the work programs and it is the completion of an electric vehicle report. I anticipate them uploading this today. The Character Area map is located in the Appendix of the plan.

More specifically, this is the draft I picked up from that SGRC web page.

That entire plan is now on the LAKE website, with images of each page:
http://www.l-a-k-e.org/govt/loco/2021-10-26–public-hearing-comprehensive-plan

This is the map from page 128: END_OF_DOCUMENT_TOKEN_TO_BE_REPLACED

We’ll find out at 5:30 PM this Tuesday whether the Character Area Map for Lowndes County will change. Two sources tell me that it won’t for this update of the Lowndes County Comprehensive Plan, except for some tinkery fixes not in the northwest part of the county.

But many of us thought the County Commission might listen to the thousand people who signed a petition against subdivisions farther northwest of Valdosta towards Hahira and GA 122, but two weeks ago the Commissioners approved a subdivision way up Val Del Road almost to GA 122, in the middle of an agricultural and forest area, far out of any appropriate Character Area. So if you care, be there. 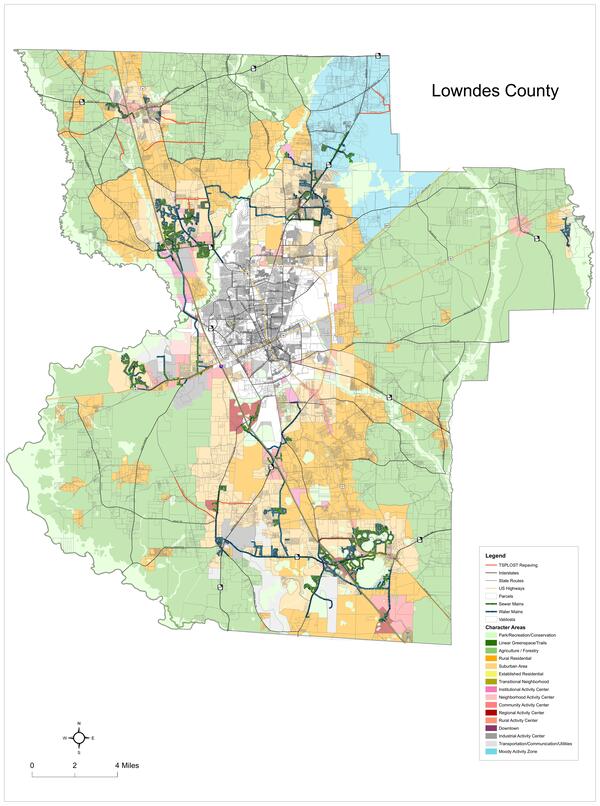 Continued funding for two river gauges is the only significant decision on a very brief agenda for the Lowndes County Commission 8:30 AM tomorrow morning, and voting 5:30 PM Monday, that same evening. One of them used to be funded by Valdosta, which it primarily benefits, but Lowndes County picked up that one back in 2019. The other the county has been funding since 2009; it’s at the same Little River location that at its last meeting the Commission fortunately decided not to close to the public.

The only actual decisions are on yet another beer and wine license, and on funding two USGS gauges, at Folsom Bridge on GA 122 on the Little River west of Hahira, and at Skipper Bridge on the Withlacoochee River north of Valdosta. 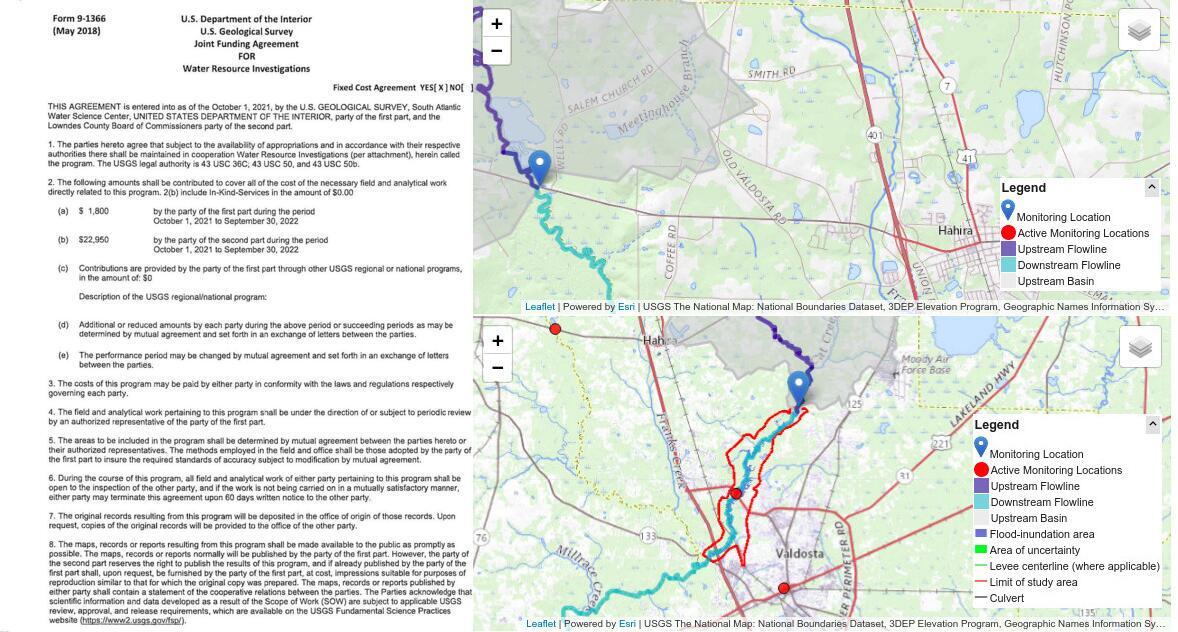 Lowndes County has been funding $14,200 for the Folsom Bridge gauge since shortly after the big flood of 2009. Note that this the same Little River site that the Commssion in its last meeting decided not to close to the public by not closing Wells Road.

Here are LAKE videos of their October 2012 END_OF_DOCUMENT_TOKEN_TO_BE_REPLACED

The good news: Wells Road and Folsom Bridge Landing remain open, after the Commissioners unanimously denied the road closure. Thanks to Commissioner Clay Griner for making the motion, saying that the request met none of the criteria.

The bad news: by a 3:2 vote they approved the subdivision way too far north on Val Del Road, far outside the subdivision character area, despite the Planning Commission, county staff, and three speakers against in the Public Hearing. Griner also made that motion. The audience was not happy, especially at Commissioner Scottie Orenstein for voting for that motion.

The Commissioners also approved without comment the $1 million unnecessary water main as part of the $5 million utilities package.

They approved everything else unanimously.

Below are LAKE videos of each agenda item with some notes, followed by a LAKE video playlist. See also the agenda and board packet and the LAKE videos of the previous morning’s Work Session.

END_OF_DOCUMENT_TOKEN_TO_BE_REPLACED

A road abandonment apparently had not taken into account people who live farther north up Wells Road, this morning’s Lowndes County Commission Work Session. Nor that closing that road would close one of only two public access points to the Little River in Lowndes County. Nor that the Mary Turner Lynching monument is on that road. 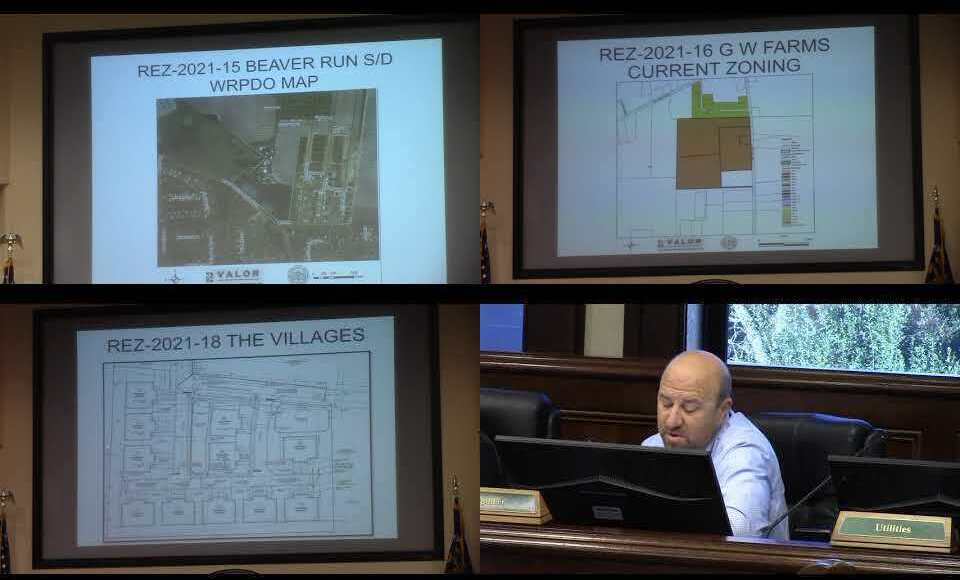 Of the $5 million for utilities, $1 million is for a water main to promote more subdivisions northwest in the county. To their credit, two Commissioners asked about that.

They breezed through seven rezonings, three of them for subdivisions, one so far out of place their own staff recommend against it, with no comments nor questions.

There was a question about some improvements to the historic Carnegie Library Museum.

Below are links to each LAKE video of each agenda item with some notes, followed by a LAKE video playlist. See also the agenda and board packet.

Five and a half million dollars on the agenda for the Lowndes County Commission Monday morning, for voting Tuesday evening. Most of it is for sewer system improvements, but $1 million is to run another water main in the north side of the county to promote more subdivisions, such as the three on the same agenda. 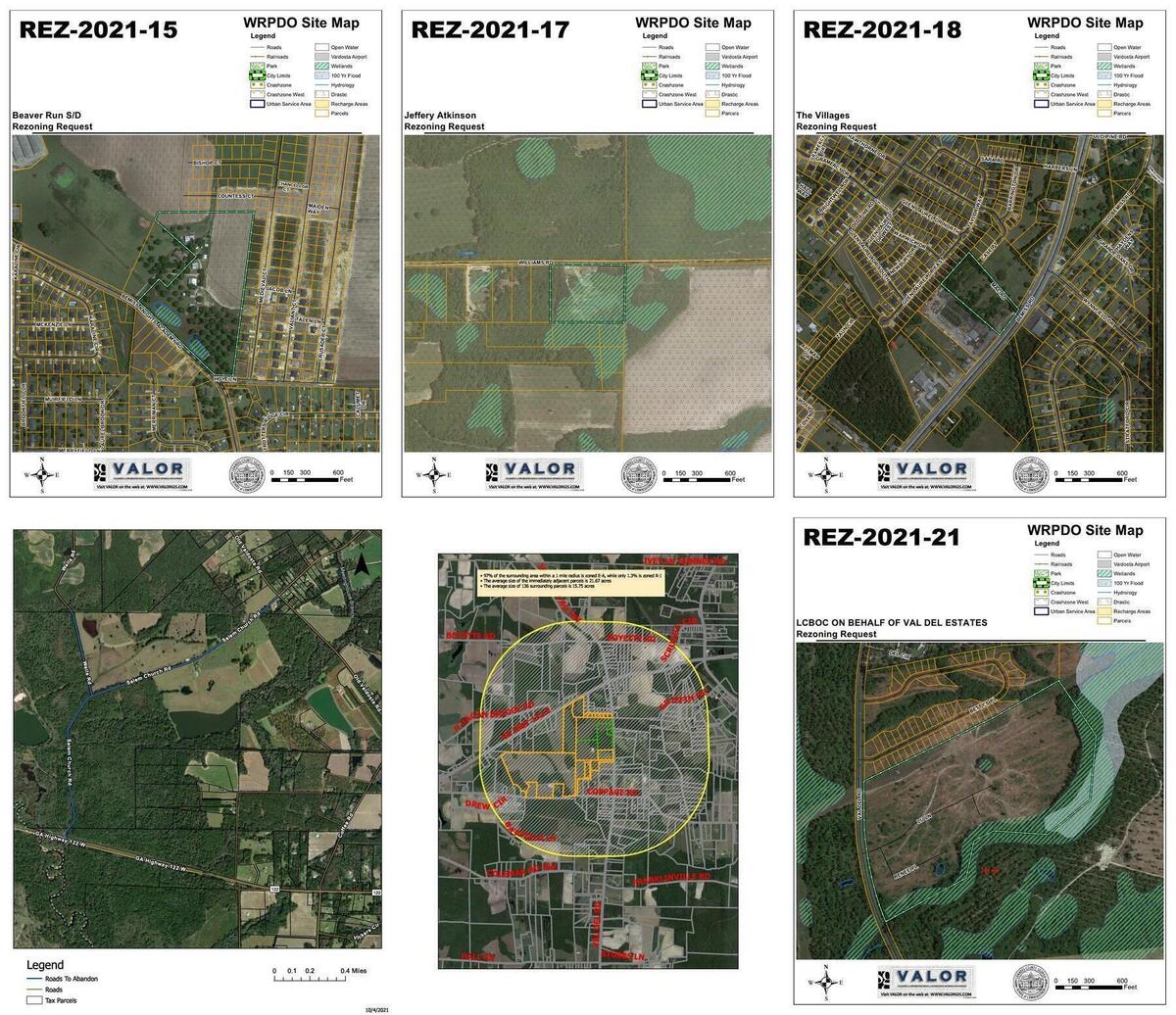 Seven rezonings and a road abandonment

For one of the rezonings on Val Del Road staff cite “Current growth trends in the area.” Well, here’s who is setting those growth trends: the Lowndes County Commission and staff, plus the Chamber and Development Authority.

At least staff and the Planning Commission recommend denying the worst of the lot, REZ-2021-16 G W Farms, 5999 Val Del Road, R-A to R-1, Well & Septic, ~98.95 acres, which is so far north up Val Del Road it’s almost at GA 122. The Commission previously denied a rezoning at that same location. They should do so again.

They also propose to abandon Abandonment of a portion of Salem Church Road (CR #68) and Wells Road (CR # 68 & CR #69), starting at GA 122. That is a problem, because Wells Road at GA 122 is the turnoff to get to Folsom Bridge Landing, one of only two public access points to the Little River in Lowndes County. END_OF_DOCUMENT_TOKEN_TO_BE_REPLACED 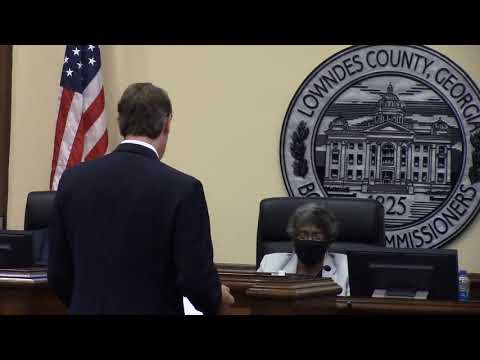 Here are LAKE videos of each agenda item of the Monday, July 26, 2021, Regular Session of the Greater Lowndes Planning Commission (GLPC), followed by a LAKE video playlist. The big item was 5. VA-2021-16 (pt 1) Uvalde Land Co. Deannex 310 acres from the City of Valdosta. 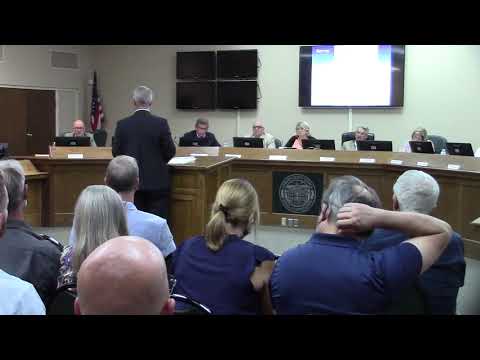 See also the agenda and Deannexation east of Withlacoochee River linked to subdivision west @ GLPC 2021-07-26. LAKE videos of the following Lowndes County Commission and Valdosta City Council meetings will also be up soon.