Hi, as a point of clarification emergency personnel responded to reports of an odor; however, after thorough investigation no evidence of a chemical leak or release could be identified or confirmed. As a precaution, the Board of Education property was accessed by responders. No evidence of contamination was present. A follow up visit to the area later this morning reports the odor was no longer present.

Thank you, EMA Lowndes, for responding, and on a weekend, too.

However, people couldn’t get home that night. 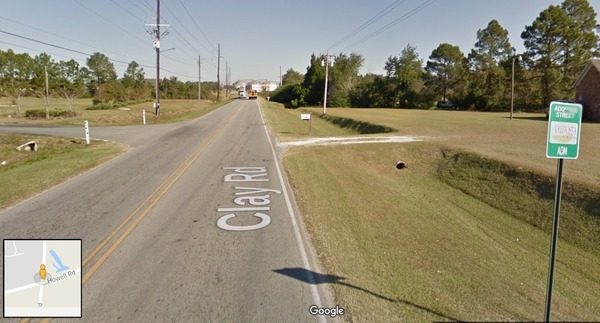 I still think it would be good to check with nearby industry. Maybe start with END_OF_DOCUMENT_TOKEN_TO_BE_REPLACED

Update 2017-11-05: Word from EMA Lowndes, and how about ask the company that adopted Clay Road?

Already heard about last night on facebook, a chemical leak on Clay Rosd at Howell Road is next to the Lowndes County Schools Transportation Department. Were all those school buses affected?

The Civic Roundtable honored Jerome Tucker for some of the many things he has done for Lowndes County and south Georgia. And as usual he hit the nail on the head.

“We do have one of the best communities,” Tucker said. “The toughest part of me standing before you is knowing how much better we could be if all the little groups would work together.”

“I am still blessed to have my dad with me,” Tucker began. “He always asks me, ‘Where have you been?’ and ‘Did you do any good?’

In the last few weeks, our community has seen an unprecedented effort from left, right, and center, city and county, town and gown, all working together as a community to achieve a goal that the overwhelming majority see as in our best interest. We have an opportunity that we should not squander. It doesn’t take a lot of money. It takes dedicated people, calling their friends and neighbors, canvasing every neighborhood, holding open and honest forums, and answering questions to the very best of their ability.

Let us not focus on the things that have divided us in the past, but rather use this opportunity to build a stronger community, a stronger education system. Let us find opportunities to work together to benefit our students, teachers, police, firefighters, farmers, small local businesses and all the rest of us who call this community home.

We have an opportunity that we should not squander. Let us work as one community for the benefit of all our citizens; students, seniors, family, friends, urban, rural, conservatives, progressives, Wildcats and Vikings.

One community out of many,
with liberty and justice for all. That’s right: Roy Taylor spoke in favor of a grant, and for bicycles. Bicyclers listened from the back before some of them spoke: END_OF_DOCUMENT_TOKEN_TO_BE_REPLACED
A gentle reminder to the Valdosta-Lowndes County Chamber of Commerce of what just happened at the polls yesterday. 79.07% No Consolidation with 14 out of 16 precincts. All that is outstanding is provisional ballots and military, which are usually a handful. The percentage of no votes kept going up. Also more people voted on the school consolidation referendum than there were validated signatures on CUEE’s petition. In other news, the mayoral vote almost voted that of four years ago. John W. Gayle will be the new Mayor of Valdosta with 57.3%.

Sunday sales of alcohol in Valdosta won with 52.3%. A similar alcohol referendum won in Lake Park with 65.99%.

It looks like Ben Futch will be the new Mayor of Lake Park with 54.85%.

In Dasher, Edwin R. Smith will be City Council P3 and Donald J. Bryan will be P2.