An overflow crowd, some in the lobby, came for the four Lowndes County cases at the Greater Lowndes Planning Commission, May 23, 2022. Two of the Valdosta cases were also contentious. The whole meeting took more than three hours, so long there was griping about people getting hungry. The door alarm went off at 8 o’clock, but they plowed ahead with three remaining cases. When they adjourned at 8:52 PM, nobody was left in the audience but Gretchen Quarterman with the LAKE video camera. 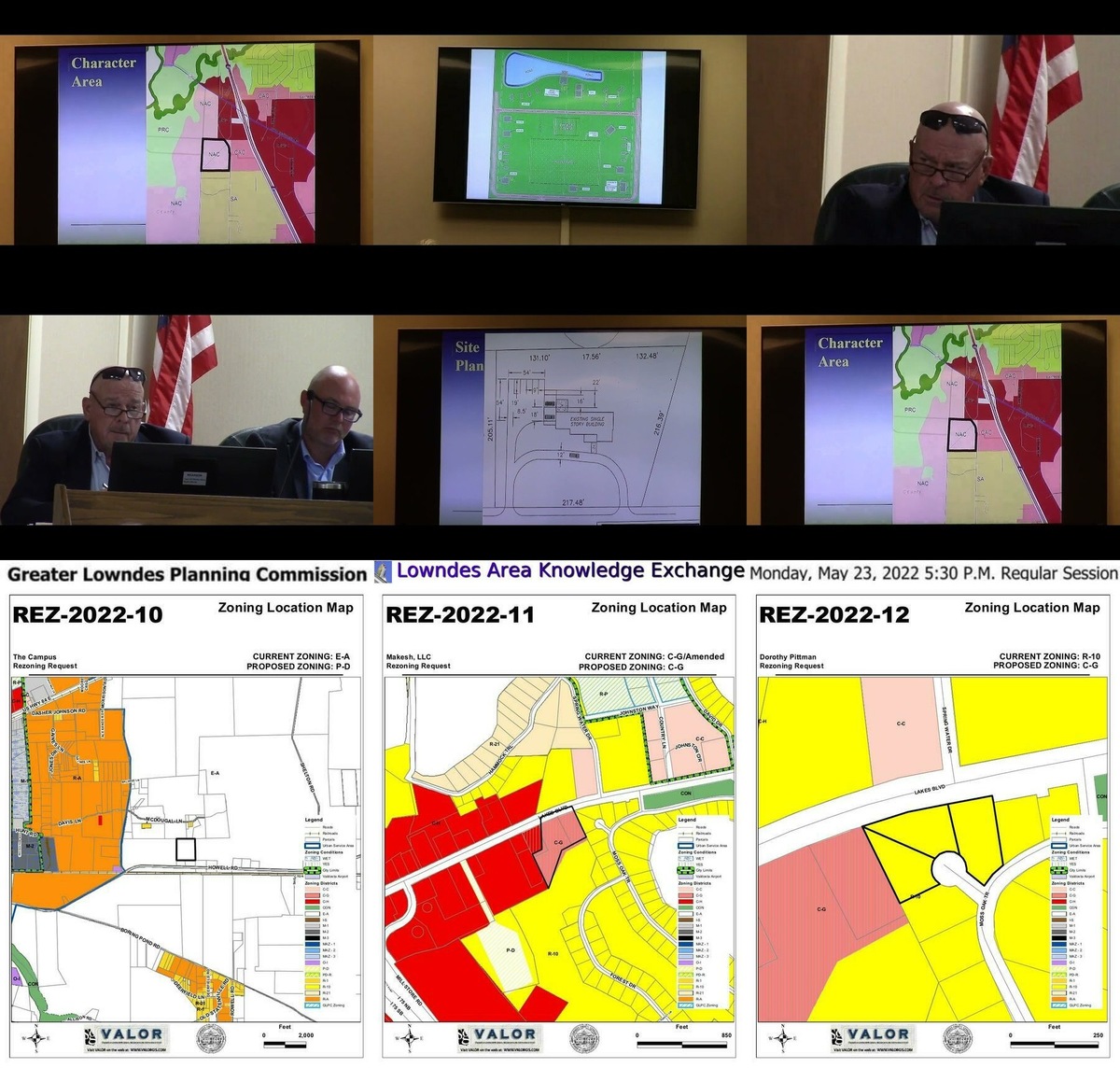 One county and one city case were on James Road. The county case got a unanimous recommendation to deny, moved by famously pro-development Franklin Bailey. The Commissioners really did not seem to like “speculative commercial use on the subject property.” END_OF_DOCUMENT_TOKEN_TO_BE_REPLACED

Everything from a pair of personal care homes to a fraternity to a church to the Salvation Army wants rezoning or variances at this evening’s Greater Lowndes Planning Commission (GLPC) meeting.

The board packet materials for the Hahira and Valdosta items are on the LAKE website, thanks to City Planner Matt Martin. 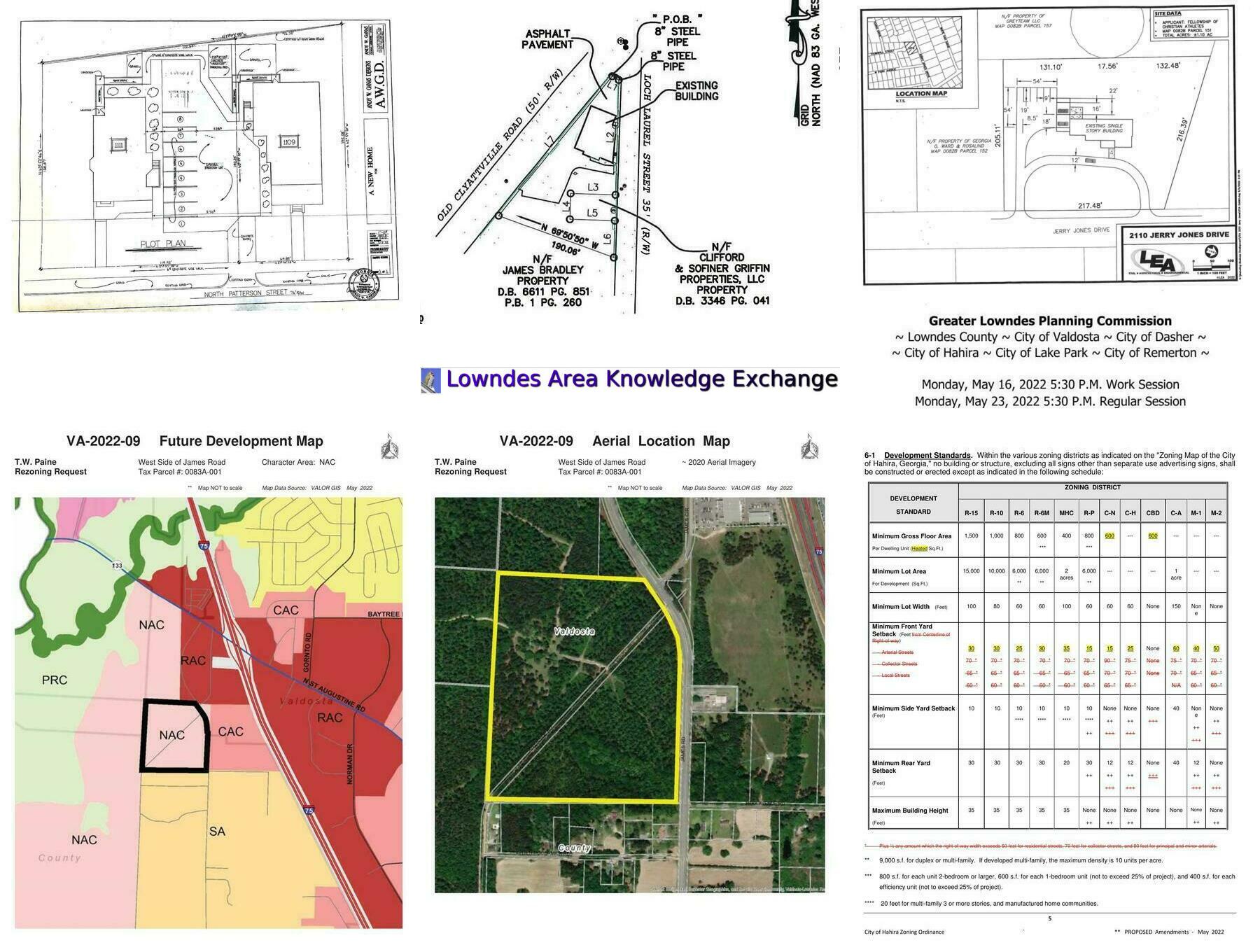 LAKE has no materials for the Lowndes County items, and no copy of the draft minutes from the previous meeting, because Lowndes County has not yet sent them in response to a LAKE open records request.

END_OF_DOCUMENT_TOKEN_TO_BE_REPLACED

I don’t know what we pay in local or state taxes to lock people up in Lowndes County, Georgia, although probably it’s in line with the high cost of incarceration in Georgia. I do know there are a lot of indirect costs, including this one:

Prisoners have to be released from prison or the county jail into the same community, and can’t get a job because they’re ex-cons, and often not even an apartment. Result? Homeless ex-cons turning to crime.

Female ex-cons in Lowndes County have some places they can turn to for housing. Male ex-cons have only the Salvation Army, and they have to leave there every morning early. In Atlanta they’ve examined their situation and determined that housing is the most central issue.

Which would we rather do? Pay as much per year to send them back to jail as it would cost to send them to college? Or find a way to provide housing for them?

How about helping ex-prisoners learn job-hunting skills and job-holding skills? Employment is the best preventative for crime. There are local organizations ready to work on that, such as CHANCE: Changing Homes and Neighborhoods, Challenging Everyone.

Local tax dollars need to be spent in a way that benefits the entire community, and not just a few. Maybe we can afford to do something about getting ex-prisoners a place to live and jobs so they stay out of crime and improve the local economy. Actually, can we afford not to do that to reduce incarceration expenditures?