We can’t afford this anymore:

Will-like, he ignores the real reasons we’re locking up so many people (corporate greed), but he does get at the consequences: END_OF_DOCUMENT_TOKEN_TO_BE_REPLACED
My LTE in the VDT today. -jsq

Industrial Authority Executive Director Andrea Schruijer told me to expect their board to say something at their 2PM Thursday board meeting about the private prison Corrections Corporation of America (CCA) wants to build on US 84 at Perimeter Road. If they don’t give CCA another extension, the contract expires March 13th.

As members of the local community, we do not wish to live in a private prison colony, with the attendant risks of inmate violence and escape, and the accompanying public opprobrium that would drive away the knowledge-based workers we claim to be trying to attract.

You may recognize the wording from the petition. You can always write your own letter with your own reasons.

Even the Bainbridge and Decatur County Post-Searchlight publishes news about their very own state legislator explaining one of the biggest reasont why prisons are a bad bet for a local economy: because we can’t afford to lock up so many people anymore.

“We’re still struggling to find revenue to pay for operation

of the state government and its services,” Bulloch said. “We’re going to have to fill holes that we filled during worse economic times using federal stimulus money and other temporary money.”

Bulloch said he also understands Georgia Gov. Nathan Deal has instructed Georgia’s department heads to include 2-percent cuts in their budget requests for this year.

One way in which legislators might opt to save money is by streamlining its criminal penal code. According to Bulloch, Georgia has a very high number of people serving supervised probation or parole.

“A lot of those people who are in prison or under close supervision by state officers are serving sentences for non-violent offenses or minor felonies,” Bulloch said. “We may look at alternative means for dealing with them, such as creating drug courts or setting up drug-testing centers that would monitor drug offenders without imprisoning them.”

Do we want a private prison in Lowndes County so more prisoners can compete with local workers here, too? If you don’t think so, remember CCA says community opposition can impede private prison site selection. Here’s a petition urging the Valdosta-Lowndes County Industrial Authorithy to stop the CCA private prison. Spend those tax dollars on rehabilitation and education instead.

In my view, the worst thing is that they have normalized the notion of incarcerating people for profit. Basically commodifying people, seeing them as nothing more than a revenue stream….

If you incarcerate more people and you put more people in your private prisons you make more money. Which provides perverse incentives against reforming our justice system. And increasing the number of people we’re putting in prison, whether they need to be there or not, just to generate corporate profit. I think that’s incredibly immoral and unethical, I think that’s the worst aspect of our private prison industry.

I really support this idea. Initially, I was concerned about it, because

I know that things like the SCRAM bracelet and the ignition interlock devices are very expensive to install and maintain, especially if you consider the costs involved with probation fees. $213.00/month may not sound like a lot of money to some people, but it is a king’s ransom to others (saying $7.00/day makes it seem more manageable). Still, allowing non-violent offenders the opportunity to work and rehabilitate themselves outside of a prison is a big step forward in the philosophy of crime and punishment in this county, in my opinion.

Just like alcohol prohibition produced gansters such as Al Capone, drug prohibition doesn’t prevent crime: it causes it. Legalize, tax, and regulate, end that crime, reduce drug use, and fund government services. While massively reducing the prison population and removing any excuse for private prisons. Sweden is pioneering the way.

Copenhagen’s city municipality voted in recent weeks, 39 votes to 9, to empower its social affairs committee to draw up a detailed plan to legalize cannabis.

If that plan is approved by Denmark’s new left-of-centre parliament next year, the city could become the first to legalize marijuana, rather than simply tolerate it, as police do in the Netherlands.

“We are thinking of perhaps 30 to 40 public sales houses, where the people aren’t interested in selling you more, they’re interested in you,” Mikkel Warming, the mayor in charge of social affairs at Copenhagen City Council told GlobalPost. “Who is it better for youngsters to buy marijuana from? A drug pusher, who wants them to use more, who wants them to buy hard drugs, or a civil servant?”

Not just drug toleration. Legalization: END_OF_DOCUMENT_TOKEN_TO_BE_REPLACED
That’s $1 a day in pay and $5 a telephone minute. While CCA is collecting as much as $200 a day per inmate in your tax dollars and CCA’s CEO is compensated $3,266,387 from your tax dollars.

Amanda Peterson Beadle wrote for ThinkProgress 16 November 2011, Private Prison Charges Inmates $5 a Minute for Phone Calls While They Work for $1 a Day

Last year the Corrections Corporation of America (CCA), the nation’s

largest private prison company, received $74 million of taxpayers’ money to run immigration detention centers. Georgia, receives $200 a night for each of the 2,000 detainees it holds, and rakes in yearly profits between $35 million and $50 million.

Prisoners held in this remote facility depend on the prison’s phones to communicate with their lawyers and loved ones. Exploiting inmates’ need, CCA charges detainees here $5 per minute to make phone calls. Yet the prison only pays inmates who work at the facility $1 a day. At that rate, it would take five days to pay for just one minute.

They charge for food, too.

And remember, CCA profits from anti-immigration laws, at taxpayer expense:

Recent anti-immigration laws in Alabama (HB56) and Georgia (HB87) guarantee that neighbor facilities will have an influx of “product.” In the past few years, CCA has spent $14.8 million lobbying for anti-immigration laws to ensure they have continuous access to fresh inmates and keep their money racket going. In 2010 CCA CEO Damon T. Hininger received $3,266,387 in total compensation.

Private CEO profit for public injustice. Does that seem right to you?

We don’t need a private prison in Lowndes County, Georgia. Spend those tax dollars on rehabilitation and education instead.

Will Self wrote 7 October 2011 for the BBC, A Point of View: Prisons don’t work 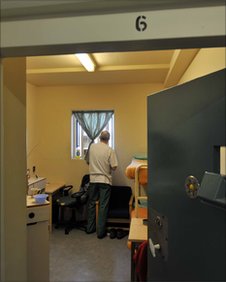 It was Dostoevsky who said: “The degree of civilisation in a society is revealed by entering its prisons.” But in contemporary Britain you don’t even need to do this, you can simply stand on a street corner and wait for the ghosts to come flitting past in order to appreciate its parlous condition.

We now have the highest prison population in Europe by a considerable measure, and following the recent riots there is no likelihood of it decreasing.

Of course, we aren’t quite at the levels enjoyed by our closest allies, those prime exponents of the civilising mission the United States, whose extensive gulag now houses, it is estimated, more African American men than were enslaved immediately prior to their Civil War – but we’re getting there.

Why the second thoughts? END_OF_DOCUMENT_TOKEN_TO_BE_REPLACED
Judge Jackie Fulford ruled yesterday for the Second Circuit Court of Florida that the prison privatization plan the Florida legislature added to the state budget is unconstitutional on a key point of all prison privatization schemes. Her ruling agreed with the Florida Police Benevolent Association, which is a union of correctional workers. 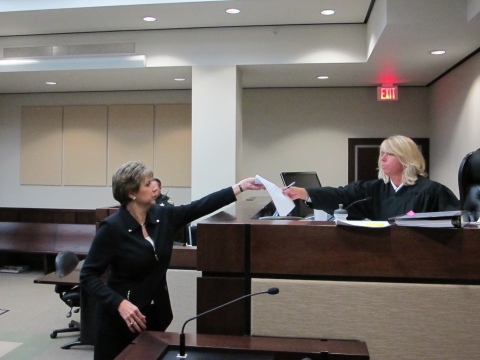 The privatization of 29 prisons in the southern portion of the state from Manatee County to Indian River County to the Florida Keys should have been mandated in a separate bill and not in proviso language in the budget, as lawmakers did in the must-pass budget approved in May and signed into law by Gov. Rick Scott, Fulford ruled.

“This Court concludes that if it is the will of the Legislature to itself initiate privatization of Florida prisons, as opposed to DOC, the Legislature must do so by general law, rather than ‘using the hidden recesses of the General Appropriations Act,’” Fulford wrote in her order issued Friday morning.

The order doesn’t say Florida can’t privatize prisons, rather that it can’t do it by hiding it in the budget process. But alleged budget savings are the only reason privatization backers are willing to admit to, so that’s no small matter.

And if prison privatization is such a money-saver, why did the prison companies’ cronies in the statehouse try to do it like this: END_OF_DOCUMENT_TOKEN_TO_BE_REPLACED

Georgia operates the fifth-largest prison system in the nation, at a cost of $1 billion a year. The job of overseeing 60,000 inmates and 150,000 felons on probation consumes 1 of every 17 state dollars.

Maybe if our tax dollars were spent on education and rehabilitation we wouldn’t have so many folks locked up in the first place!