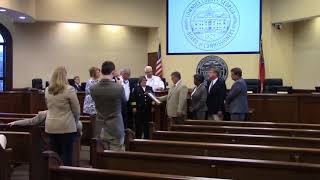 By far the longest item was a special proclamation for EMT Services, at 4.5 minutes, followed by cleaning bids, which took almost three minutes for the Lowndes County Commission to reject.

In Citizens Wishing to Be Heard, Gretchen took 2 minutes to invite them to WWALS’ Wild & Scenic Film Festival, at Mathis Auditorium, Thursday, May 31, 2018. 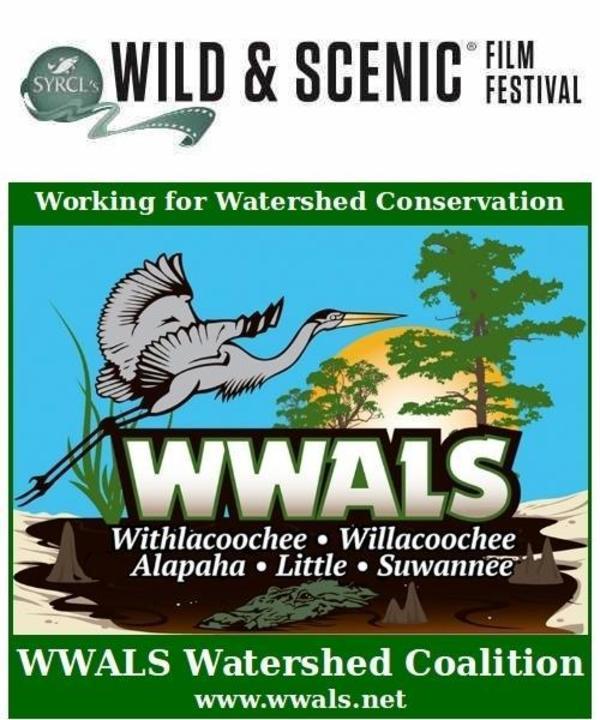 Almost everything else was read out and unanimously approved, except the one most contentious the previous morning, 7 b. Additional Deputy Coroner Request, was tabled. 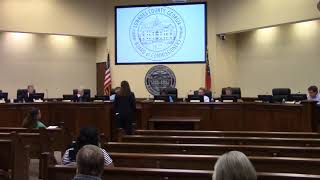 Not on the agenda, County Agent Jake Price introduced two new people in his office. The Industrial Authority Executive Director explained the bonds are not new, she just wants to refinance them to reduce payments.

Among items they will vote on tonight at 5:30 PM, the longest item at almost four minutes was the request for an additional Deputy Coroner. Looks like they’re finally going to sign up an attorney for the opoioid litigation. They spent more time on the cleaning bids.

The whole Work Session Monday morning took 13 minutes, including the presentaitons. Below are END_OF_DOCUMENT_TOKEN_TO_BE_REPLACED 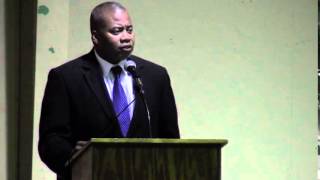 Text published by Demarcus Marshall (PDF) and LAKE video of his address at the Town Hall Meeting 15 December 2014. -jsq

For those unaware, Super District 4 was a newly created district in Lowndes County two years ago. I assumed this office without a predecessor to this district seat. It was my understanding of this district to compliment the other districts by adding more responsiveness and accountability for the citizens of Lowndes County.

Upon being elected and occupying the seat, I inherited a wonderful staff; however, the county faced several challenges. The economy was END_OF_DOCUMENT_TOKEN_TO_BE_REPLACED

The public defender said the county palace (that we’re still mysteriously paying on) didn’t have space for his office.

The Industrial Authority request to buy some still-unspecified property “has been pulled from the agenda” by unspecified forces. The new 4-H agent spoke and a bus was discussed. One Commissioner forgot to show up until late to hear Workers’ compensation is going up and the Commission’s own schedule is being adjusted for holidays. There was little substantive discussion, and there’s no sign anything will change at the Lowndes County Commission unless enough people want it to. They vote this evening at 5:30 PM, and they do have Citizens Wishing to be Heard, although it is still at the end, after all the votes.

Here’s the agenda, with links to videos, and a few notes.

END_OF_DOCUMENT_TOKEN_TO_BE_REPLACED
The Industrial Authority wants to buy some unspecified property public defender needs renewing, plus 4-H agent and school bus activity. Also workers’ compensation, and the Commission needs to approve its own schedule, since it’s a new Commission now, with two more voting members than last year, and a new Chairman.

Their Commission web page still has at the top this mission statement:

“To provide an efficient, effective and responsive local government to all citizens of Lowndes County while maintaining the financial strength to meet any contingency”

The county government has apparently been pretty good about that last thing (although that $8.9 million discrepency could make some wonder). On responsiveness, not so much, considering the trash non-solution railroaded through at the last meeting of the previous Commission. Maybe this new Commission will be different.

Here are the rest of the videos from the Hahira City Council meeting of 2 August 2012, including the very interesting scheduled agenda items in which each Council member, the City Manager, and the Mayor give their thoughts on issues relevant to the City of Hahira.

Here’s a video playlist of the entire meeting:

They held a millage hearing and lowered the milage. They discussed developer tap fees (nay), discussed the now-ritual topic of bidding for waste disposal ( nay), and approved a GEFA loan for a new water well (yea). A surprise vote on fixing a tractor (yea) was not on the agenda.

Near the beginning they still have Citizens to Be Heard. Maybe they’re not afraid of their citizens? Citizens mostly wanted to talk about the police chief’s proposal to fine people who didn’t mow their lawns.

A few more videos will be added, probably today, (now available as Council Comments) of the votes on cost of living increases (yea), SPLOST VII (yea), the consent agenda (yea), and council comments at the end of the session.

The agenda is below after the videos; thanks to City Manager Jonathan Sumner for sending it. Here’s the video playlist:

END_OF_DOCUMENT_TOKEN_TO_BE_REPLACED
What does a bill of attainder mean, anyway? Perhaps Lowndes County should ask their Attorney to look it up. What seems familiar about that location? END_OF_DOCUMENT_TOKEN_TO_BE_REPLACED

The previous Lowndes County Commission meetings of two weeks ago featured in the work session:

And in the regular session:

Here’s a playlist for the regular session of 11 October 2011. More posts to follow on these items.