On this google map, A is the land mentioned in Massive pipeline project may cross Lowndes, by Jason Schaeffer, VDT, 30 June 2013, B, C, and D several of the parcels listed in the letters Sabal Trail Transmission LLC sent Lowndes County (another is very near D). They all form pretty much a straight line north to south. The actual route probably END_OF_DOCUMENT_TOKEN_TO_BE_REPLACED 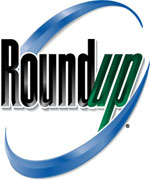 Our organizations strongly support Section 733 of the Fiscal Year 2013 Agriculture, Rural Development, Food and Drug Administration and Related Agencies Appropriations Act. The provision will give growers assurance that crops developed through biotechnology that have already been approved by the Department of Agriculture (USDA) can be planted and harvested under temporary stewardship conditions in the event of litigation against the agency’s decision. We commend Subcommittee Chairman Kingston for including Section 733 in the subcommittee bill and urge your support for this necessary provision when the Appropriations Committee considers this bill later this month. The provision addresses END_OF_DOCUMENT_TOKEN_TO_BE_REPLACED

We can’t afford this anymore:

Will-like, he ignores the real reasons we’re locking up so many people (corporate greed), but he does get at the consequences: END_OF_DOCUMENT_TOKEN_TO_BE_REPLACED
Healthy food got recognition on the front page of the VDT today.

In today’s capitalistic food market, several people have felt compelled to begin “living organically.” This philosophy has been brought to Valdosta and centralized by a group at Valdosta State University.

“There was reports of a food pantry being implemented on campus and that was implemented because there was students going to the dining hall asking for food,” said Hancock. “I just thought, if we could teach students how to grow food, it would eliminate a lot of the issues we have with campus hunger.”

Blazer Gardens started as nothing but seeds in the yard of Kathryn Grant, an organization member.

“This was an opportunity for me to understand and for me to appreciate how my food is grown,” said Grant.

“I think we are what we eat, so I want to be clean and organic and safe,” said Espinosa-Dulanto.

Maybe they can help us all not eat poisons and even stop Monsanto and ConAgra from poisoning our food supply. It’s good health and it’s good business.

A writer of fiction tells the truth about the failed war on drugs. We’re way past the beginning and middle of this story: time to end it. Which makes this a very bad time to build a private prison that depends on the war on drugs.

He said: “The drug traffickers are in Mexico, they send the drugs to the US and once they get across the border what happens? We don’t know who consumes them. We can’t prosecute, we can’t defend. It’s a very difficult situation for us Mexicans. The governments of the US and Mexico have to fight drug trafficking together.”

Fuentes believes that decriminalising drugs is the only way to end the violence that in the past five years has claimed nearly 50,000 lives of gang members, security forces and innocent bystanders.

“It is a confrontation. Sometimes we win, sometimes they win. But there are 50,000 killed and the relatives of those people don’t care who is winning.

Nobody is winning except the profiteers in arms and

pesticides, such as Monsanto. And even mighty MON is losing to Boliviana negra. Alcohol prohibition produced Al Capone and other gangsters; the failed War on Drugs produced drug gangs and ever more vicious militarization of police forces, right up to the Mexican failed “solution” of calling out the Army into the streets.

We’re all losing through lack of money for education and militarization of our own police. We can’t afford this costly failed experiment. The real solution is the same today as in 1933: legalize, regulate, and tax. That will also drop the U.S. prison population way down, saving a lot of money that can be used for education. It’s going to happen eventually, so building more prisons that will end up being closed is a bad idea.

What continued to grow right through the recession? Local and organic foods, especially sold through farmers’ markets and traditional supermarkets.

END_OF_DOCUMENT_TOKEN_TO_BE_REPLACED

The tree is Eucalyptus grandis x urophylla. The plant is a cold-hardy eucalyptus that ArborGen is developing for future commercial purposes, mainly pulp for paper.

Even given government incentives and a price on carbon, however, ArborGen must satisfy concerns from regulators and environmental groups that its engineered trees will not, especially when gifted with the ability to resist cold, spread untrammeled through forests.

It’s easy to see pollen from such trees blowing onto neighboring land and new trees growing. And, given the tactics of a certain other GM plant producer, it’s easy to see the patent owner sueing the adjacent landowner for patent theft, even though the patented plant trespassed. This is the level of assurance that that won’t happen:

“When you talk about trees, storms happen, wind blows,” he said. “The containment is not absolute. There is the chance of some spread. Is it likely to become an invasive weed? Seems unlikely to me.”