If we’re tired of arguing over pieces of cloth, how about we do

something about one of the main tools of racist oppression in the U.S.? Legalize drugs, thus stopping paying for 75% of the U.S. prison population, which is far more black than white, and is often rented out for literally pennies. Remember, slavery is not illegal in the U.S., as long as it is punishment for some crime. Second clause, 13th Amendment:

More black men are in jail, prison, probation, or parole now than were enslaved in 1850, as Michelle Alexander has noted. Anyone who says END_OF_DOCUMENT_TOKEN_TO_BE_REPLACED

Yet another reason to end the failed War on Drugs: by far most U.S. wiretaps are for that one reason. Sure, a wiretap helped catch a Mexican drug lord. But without the War on Drugs, there would be no drug lords, just like alcohol bootleggers vanished after Prohibition ended.

This could never happen in Georgia, right? Right? 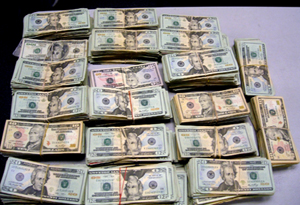 Police in a Southern Florida community outside of Fort Lauderdale have been using a controversial tactic to conduct cocaine sting operations and have been raking in millions of dollars in the process.

For years, the Sunrise, Fla., police have been conducting what are called “reverse stings.” Undercover police detectives play the role of cocaine dealers and try to lure in potential buyers who drive or fly in from all over the country with wads of cash. If the stings are successful, informants can receive large payouts and police can seize cash, cars and other non-monetary assets. The busts have END_OF_DOCUMENT_TOKEN_TO_BE_REPLACED 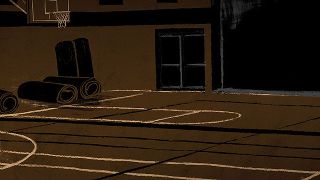 The Grantland story is confused about END_OF_DOCUMENT_TOKEN_TO_BE_REPLACED

END_OF_DOCUMENT_TOKEN_TO_BE_REPLACED Holder, in a speech before the American Bar Association in San Francisco on Monday, END_OF_DOCUMENT_TOKEN_TO_BE_REPLACED

END_OF_DOCUMENT_TOKEN_TO_BE_REPLACED

The Mexican president who put the Mexican Army onto the streets to stop the drug war, resulting in 40,000+ deaths, many collateral damage like the son of writer Carlos Fuentes, the Mexican president who a year ago started hinting that that didn’t work and something else should be done, is already following the path of his predecessors Ernesto Zedillo and Vicente Fox, in calling for the U.S. to end the war on drugs. Georgia can’t afford to continue spending a billion dollars a year to lock people up, especially while cutting education. If we listen to the Mexican presidents, we can save much of that billion and spend much of the savings on education.

on Mexico, Mr Calderón said: “Are there still drugs in Juárez [a violent northern border city]? Well of course, but it has never been the objective…of the public-security strategy to end something that it is impossible to end, namely the consumption of drugs or their trafficking…

“[E]ither the United States and its society, its government and its congress decide to drastically reduce their consumption of drugs, or if they are not going to reduce it they at least have the moral responsibility to reduce the flow of money towards Mexico, which goes into the hands of criminals. They have to explore even market mechanisms to see if that can allow the flow of money to reduce.

“If they want to take all the drugs they want, as far as I’m concerned let them take them. I don’t agree with it but it’s their decision, as consumers and as a society. What I do not accept is that they continue passing their money to the hands of killers.”

The Economist article spelled out what Calderón still doesn’t quite say:

END_OF_DOCUMENT_TOKEN_TO_BE_REPLACED

Don’t believe Latin American presidents (former and current) or a global commission including captains of industry or historic statesmen such as Jimmy Carter or major newspapers or Judge Napolitano or law enforcement professionals like Frank Serpico? Ask an economist who spells it out: the War on Drugs is an economic, public safety, and civil rights disaster, and legalization is needed right now.

April 20 is the counter-culture “holiday” on which lots

and lots of people come together to advocate marijuana legalization (or just get high). Should drugs—especially marijuana—be legal? The answer is “yes.” Immediately. Without hesitation. Do not pass Go. Do not collect $200 seized in a civil asset forfeiture. The war on drugs has been a dismal failure. It’s high time to end prohibition. Even if you aren’t willing to go whole-hog and legalize all drugs, at the very least we should legalize marijuana.