The Lowndes County Commission said there will be a public hearing on their proposed $108 million budget at 5PM, Tuesday, June 11, 2019 (today). That public hearing is on the county’s online calendar. They also said the budget included a new trash collection division, and they were considering using that to replace Keep Lowndes-Valdosta Beautiful (KLVB). 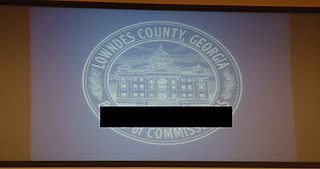 But the meeting at which that Tuesday Budget Public Hearing was announced, which was some time Wednesday afternoon, May 29, 2019, is nowhere on lowndescounty.com that I can find, not in the calendar, news, or agendas, and they said nothing about it the previous day in their Work Session and Regular Session, both on that Tuesday. Also, I received no notification of the Wednesday meeting, even though I’m signed up for such things. We only know of it because of END_OF_DOCUMENT_TOKEN_TO_BE_REPLACED 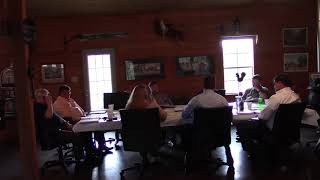 Below are links to each LAKE video of Day 2, followed by a LAKE video playlist. See also the LAKE videos of Day 1 and END_OF_DOCUMENT_TOKEN_TO_BE_REPLACED

These are the fourteen items he promised two weeks ago at the SpectraBusters panel at VSU: Sabal Trail will be expected to adhere and honor all Lowndes County Ordinances –Bill E Slaughter, JR to FERC, 10 April 2014. I thank Chairman Slaughter for making that statement to FERC.

Despite his apparent refusal to speak on behalf of all the citizens of the county after the 24 February 2014 Commission meeting, he did actually say his ecomment to FERC was “on the behalf of the Commission and Citizens of Lowndes County”, and that he expects Sabal Trail to follow all Lowndes County ordinances, plus END_OF_DOCUMENT_TOKEN_TO_BE_REPLACED The first study, carried out by Joanneum Research, identifies a major flaw in the way carbon savings from forest-derived biomass are calculated in EU law as well as under UNFCCC and Kyoto Protocol mechanisms. It concludes that harvesting trees for energy creates a ‘carbon debt’: the carbon contained in the trees is emitted upfront while trees grow back over many years. The true climate impact of so-called woody biomass in the short to medium term can, as a result, be worse than the fossil fuels it is designed to replace.

“The EU is taking out a sub-prime carbon mortgage that it may never be able to pay back. Biomass policy needs to be fixed before this regulatory failure leads to an ecological crisis that no bail out will ever fix”, commented Ariel Brunner, Head of EU Policy at BirdLife International.

Hm, this seems to contradict VLCIA’s assertion that the document they gave me proves their proposed wood incinerator would be carbon neutral. That document openly admits that biomass produces more CO2 than coal, and calls for national or regional studies, which didn’t exist. Nonetheless, when I pointed that out (again) to VLCIA Executive Director Brad Lofton, he asserted that “Carbon is absolutely not an issue with our plant.” Hm, well, now there is a study, and it shows that burning woody biomass is not carbon neutral.

And this excess production of CO2 isn’t limited to burning whole trees. Looking at the actual study:

When residues are left on the forest floor, they gradually decompose. A great deal of the carbon contained in their biomass is released over time into the atmosphere and a small fraction of the carbon is transformed into humus and soil carbon. When the residues are burnt as bioenergy, the carbon that would have been oxidized over a longer time and carbon that would have been stored in the soil is released immediately to the atmosphere. This produces a short term decrease of the dead wood and litter pools that is later translated into a decrease of soil carbon.

So it doesn’t really matter that VLCIA asserts that their proposed plant will never burn whole trees. The tops and limbs they want to burn produce the same problem.

The study also includes comparisons with CO2 saved by biomass offsetting coal burning. The catch for the proposed biomass incinerator in Lowndes County is that it’s not offsetting anything: it’s in addition to the coal burned at Plant Scherer. We could offset some coal through efficiency and conservation, plus solar power. None of those things produce any emissions.

For entertainment, I read daily the Rant and Rave in the local newspaper. Now, I know some people here think that what’s written there is so horrible that they can’t stand it. Others think it is just for those too afraid to say something in public. Nonetheless, I read it nearly daily as I find it an interesting window into our area.

Lately, there have been several people writing in about the advertising signs posted around both Valdosta and the county. They note that the messaging on these signs is in direct conflict with Valdosta’s new litter campaign slogan. I can only assume they mean the yellow “Got Junk?” signs.