Changing the world is hard and takes courage, but that’s why we will win. Bill Sargent had given up on global projects and turned to smaller local problems where it seemed there was a greater change of making a real difference. He wrote for Harvard Heat Week 27 April 2015, Heat Week: Teaching An Old Dog New Tricks,

But then I met Divest Harvard. Here was a group of bright, eager, sleep-deprived young undergraduates and grad students — free of such skepticism and willing to take on both Big Oil and the richest University in the world in one fell swoop.

He listed a number of ways Divest Harvard is winning because they chose the biggest targets under adverse conditions. For example: END_OF_DOCUMENT_TOKEN_TO_BE_REPLACED

Elon Musk’s recent reminder that Tesla is working on a house-sized battery has caused quite a stir, but not enough. Tesla alone isn’t the significant part: Tesla opening a market for inexpensive home solar storage methods is. And not all those methods will be batteries: also coming are capacitors, organic vats, compressed air, and water pumped up towers, for storage to car- and house- size to municipal- and utility-scale, all of which will drive solar and wind deployment even faster.

John McDuling, QZ, 30 July 2014, How solar energy storage could make Tesla much more than an automaker,

How lucrative could the solar energy storage business be for Tesla? Almost as lucrative as selling cars.

That’s according to Morgan Stanley, which this week END_OF_DOCUMENT_TOKEN_TO_BE_REPLACED Preacher, speaker, writer under fire, but also tactician. He really understood the power of nonviolence, a power we’ve experienced in the last few days. When the police cracked down on us, the publicity it produced cemented two of the main purposes of our protest: First, it made Keystone XL “ the new, 1,700-mile-long pipeline we’re trying to block that will vastly increase the flow of “dirty” tar sands oil from Alberta, Canada, to the Gulf of Mexico “ into a national issue. A few months ago, it was mainly people along the route of the prospective pipeline who were organising against it. (And with good reason: END_OF_DOCUMENT_TOKEN_TO_BE_REPLACED

When a power source grows 66% a year on average people start taking notice. Few had heard of the Internet in 1993: now it’s in your pocket. In less than a decade, by 2023, solar power will generate more energy than any other U.S. source. To keep Georgia from being left behind, this is the year to change a 1973 law.

If charts like this one aren’t familiar yet, they will be in the next year or two:

Tim McDonnell, Mother Jones, 7 November 2014, Here Comes the Sun: America’s Solar Boom, in Charts: It’s been a bit player, but solar power is about to shine.

Who is this Advisory Panel? END_OF_DOCUMENT_TOKEN_TO_BE_REPLACED

VSU is with the big schools, leading the stigmatization of fossil fuel companies and the exodus from those stranded assets. Students are leading on that and related issues, more than our local elected bodies, but there’s an election going on. 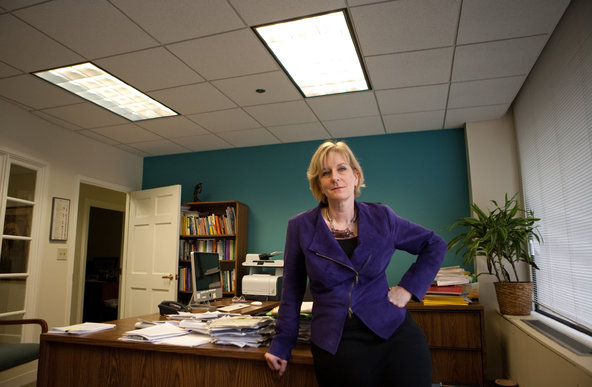 “At a minimum, our grants should not be undercut by our investments,” END_OF_DOCUMENT_TOKEN_TO_BE_REPLACED

Solar already provides peak power at peak load, and through distribution is resilient, and that plus ever-decreasing prices will drive solar deployments up exponentially for a decade or so yet. If we add an inexpensive metal-free battery, solar will take over even faster. And that’s what Harvard’s School of Engineering and Applied Sciences has just published as a discovery.

The paper reports a metal-free flow battery that relies on the electrochemistry of naturally abundant, inexpensive, small organic (carbon-based) molecules called quinones, which are similar to molecules that store energy in plants and animals.

Not just faster than apartheid divestment; faster than divestment from tobacco, armaments, and others: fossil fuel divestment. It’s not about direct reduction of market capitalization; it’s about making it socially unacceptable to buy from stigmatized companies, and it works, and it’s working faster than ever for fossil fuels. Oh, and fossil fuel companies are a tiny sliver of university endowments, so ditching them is pain free, especially now that fossil fuel stock prices are not rising while solar stocks skyrocket (and nuclear stocks don’t). Go fossil free, go VSU.

Damian Carrington wrote for the Guardian Monday 7 October 2013 Campaign against fossil fuels growing, says study: Investors being persuaded to take their money out of fossil fuel sector, according to University of Oxford study,

A campaign to persuade investors to take their money out of the fossil fuel sector is growing faster than any previous divestment campaign and could cause significant damage to coal, oil and gas companies, according to a study from the University of Oxford.

The report compares the current fossil fuel divestment campaign, which has attracted 41 institutions since 2010, with those against tobacco, apartheid in South Africa, armaments, gambling and pornography. It concludes that the direct financial impact of such campaigns on share prices or the ability to raise funds is small but the reputational damage can still have major financial consequences.