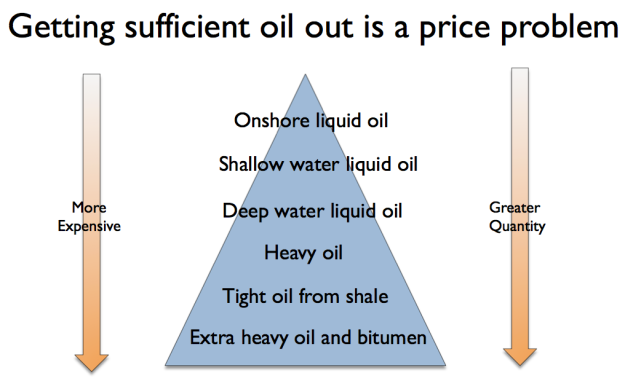 “Tyler Durden”, ZeroHedge, 13 May 2016, Submitted by Gail Tverberg via Our Finite World blog, The Real Oil Limits Story – What Other Researchers Missed, END_OF_DOCUMENT_TOKEN_TO_BE_REPLACED

The vast sum is largely due to polluters not paying the costs imposed on governments by the burning of coal, oil and gas. These include END_OF_DOCUMENT_TOKEN_TO_BE_REPLACED

Preacher, speaker, writer under fire, but also tactician. He really understood the power of nonviolence, a power we’ve experienced in the last few days. When the police cracked down on us, the publicity it produced cemented two of the main purposes of our protest: First, it made Keystone XL “ the new, 1,700-mile-long pipeline we’re trying to block that will vastly increase the flow of “dirty” tar sands oil from Alberta, Canada, to the Gulf of Mexico “ into a national issue. A few months ago, it was mainly people along the route of the prospective pipeline who were organising against it. (And with good reason: END_OF_DOCUMENT_TOKEN_TO_BE_REPLACED

PR from Students Against Violating the Environment (S.A.V.E.) today. -jsq

I’m very glad to announce that under the direction of President McKinney, there will soon be a new special committee on sustainability. One of the goals of it will be to investigate fossil fuel divestment and create a report that will be presented to the Board of Trustees. The description is as follows:

VSU is moving in a greener direction.

A solar canopy was recently built behind Odum Library.

“We cannot address climate change without decreasing our dependency on fossil fuels and solar is one way we could change that.”
—Danielle Jordan

The canopy is a 10 kilowatt solar array. The canopy produces energy that goes directly to Odum Library, and does not go to the Georgia Power grid.

Construction of the solar canopy began in September, and was finished earlier this month.

“It is exciting,” Danielle Jordan, president of Students Against Violating the Environment, said. “We cannot address climate change without decreasing our dependency on fossil fuels and solar is one way we could change that.”

The solar panels were manufactured by END_OF_DOCUMENT_TOKEN_TO_BE_REPLACED

The most cost-effective power sources are solar and wind, re-affirms a study that includes social costs, such as the environmental costs of the climate change caused by CO2 from fossil fuels (the social cost of carbon, or SCC), and the health damage caused by sulfur dioxide pollution. It’s time to stop paying for utility executive profits with our health and dollars. No fracking, no pipeline.

Renewable energy is becoming more and more competitive. Alternative and renewable energy sources are increasingly becoming more affordable. According to a new study published in the Journal of Environmental Studies and Sciences, it is now less costly in America to get electricity from wind turbines and solar panels, than it is to get it from coal-fired power plants. The study shows, when climate change costs and other health impacts were factored in, that it is even more cost effective to convert an existing coal-fired power plant with a wind turbine, than it is to keep the old fossil fuel-burning plant.

Unsubsidized renewable energy is now cheaper than electricity from coal and gas power stations in Australia as well. Wind farms in Australia can produce energy at AU$80/MWh. Meanwhile, coal plants are producing energy at AU$143/MWh and gas at AU$116/MWh. And the myth that alternative energy sources were enormously more costly than the typical fossil fuels, is proving to be untrue. And after initial investment costs are waged, making them now ameliorated, and the raw materials for solar and wind power are free, besides costs of upkeep, and the harvesting of those sources doesn’t cause mayhem to the environment. Making it an ever-more appealing alternative energy source.

“The perception that fossil fuels are cheap and renewables are expensive is now out of date… The fact that wind power is now cheaper than coal and gas in a country with some of the world’s best fossil fuel resources shows that clean energy is a game changer which promises to turn the economics of power systems on its head,” – Michael Liebreich, chief executive of Bloomberg New Energy Finance.

END_OF_DOCUMENT_TOKEN_TO_BE_REPLACED
If a cold Nordic city at the latitude of Anchorage can do this, sunny Valdosta can do this:

The City of Stockholm’s “Action Programme on Climate Change” involves the participation of several groups: the City of Stockholm’s own departments, local businesses and those who live and work in the city. The work has been successful so far and the emission of greenhouse gases has been reduced. In 1990, emissions of 5.3 tons of CO2e* per person were registered compared with 4.0 tons CO2e per person in 2005.

The long-term target is for Stockholm to continue to reduce emissions of greenhouse gases at the same rate as between 1990 and 2005. In theory, this means that Stockholm will become a fossil fuel free city by 2050.

* CO2e = means of specifying the effect of a gas on the emission of greenhouse gases compared to carbon dioxide.

PS: This post owed to Tim Carroll, who saw it in Time Magazine.