Tesla’s plans for a $5bn “gigafactory” battery manufacturing plant have been making headline news for some time now. Alongside the positive potential to drive down costs for energy storage, the $1.3bn in incentives the company will receive from Nevada have raised eyebrows in some quarters.

So its interesting, then, that Alevo—a new energy storage start-up backed up by $1bn from anonymous Swiss investors—has sought no state incentives for moving to a former Philip Morris plant in Concord, NC. Alevo says it will be producing hundreds of its “Gridbank” utility-scale energy storage and analytics units within a year, and is planning on creating up to 2,500 jobs within the first three years.

No state incentives, unlike Southern Company’s nuke boondoggle at Plant Vogtle where Georgia Power can’t even get a schedule from its own contractors while ratepayers get charged every month for power they aren’t getting from Vogtle and Georgia Power can keep charging for shutdown even if it’s cancelled.

The bar chart above is from Distributed Energy Storage Revenue To Exceed $16.5 Billion By 2024 by Joshua S. Hill, Clean Technica, 13 January 2015. And that graph is way too conservative, being more linear than exponential. Economies of scale will drive batteries up faster than that, just like they’re already driving solar deployments 66% more each year without batteries. So conservative that the same day in the same venue James Ayre wrote Grid-Scale Energy Storage Is Expected To Generate More Than $68 Billion In Revenue Between 2014-2024, According To Navigant Research. And what happens when something like Harvard’s no-metal organic battery gets deployed? A battery no bigger than a furnace you can grow in your basement….

Electric utilities have mostly been slow to adopt solar and wind because they have a hard time figuring out how they can profit from distributed power generation. But even Southern Company and Georgia Power are now bragging about the four 30MW-each solar farms they installed at military bases in Georgia in 2014, plus all the other solar projects in gear. 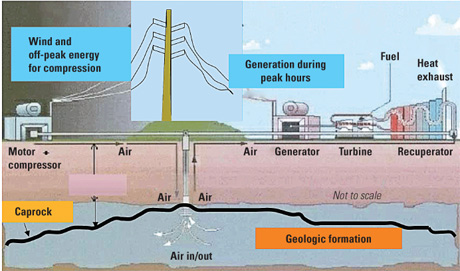 What happens if Southern Company’s underground pressurized air storage project works for utility scale? I don’t want it in our fragile limestone here in south Georgia, but there’s plenty of granite in north Georgia. And Georgia Power would suddenly have utility-scale storage for massive solar and wind generation: profit for Georgia Power, and savings for the rest of us.

Speaking of profit, heat waves back in 2012 already saw smart grid deployment in states outside Southern Company’s territory. When Southern Company decides to get off its duff and smarten up its own grid, they’ll see more profit.

If you want to profit directly, help pass HB 57 in the Georgia legislature right now so you can get financing for your own solar panels.

If you have some spare cash to invest in stocks, solar stock prices went down with oil prices last year (Travis Hoium, Motley Fool, 11 January 2015), even though oil prices actually don’t directly affect the solar market (Travis Hoium, Motley Fool, 31 January 2015) because to date oil is mostly for transportation while solar energy is for electricity. Sure, natural gas also generates electricity, but it’s not directly comparable because solar power doesn’t require fuel or fracking or pipelines. Eventually investors will catch on to solar deployments continuing to boom while oil and gas prices plummet, with the solar industry adding workers almost 20 times faster than the overall economy, accounting for 1.3% of all U.S. jobs created in 2014 (National Solar Jobs Census, The Solar Foundation, 2015). Let’s not forget solar already accounts for more jobs than in production and nonsupervisory oil and gas extraction. Once investors catch on to these simple facts, solar stocks will skyrocket again. (Disclosure: yes, I own some solar stocks; also Southern Company.)

Let’s not forget the Stanford study that shows every U.S. state can power itself with sun, wind, and water and nothing else even without batteries. As I wrote

For Georgia, that’s 40% solar PV plants, 35% offshore wind, 13% rooftop PV (6% residential and 7% commercial), 5% concentrating solar plants, 5% onshore wind, and 1% each wind, tide, and conventional hydro power. Plus 210,200 construction jobs and 101,000 operation jobs. And saving $14.3 billion per year or 4% of Georgia’s GDP saved by avoiding illness and mortality, including avoiding 1,580 air pollution deaths each year. Oh, and costs per kilowatt-hour would drop by more than half.

That’s right, stop poisoning people through air and water pollution and save $16.8 billion per year just in Georgia. For comparison the total 2015 fiscal year budget for the government of the state of Georgia is $20.8 billion. That’s right: save 80% of the amount of the state budget in health care costs alone.

In decades of public debate about global warming, one assumption has been accepted by virtually all factions: that tackling it would necessarily be costly. But a new report casts doubt on that idea, declaring that the necessary fixes could wind up being effectively free.

A global commission will announce its finding on Tuesday that an ambitious series of measures to limit emissions would cost $4 trillion or so over the next 15 years, an increase of roughly 5 percent over the amount that would likely be spent anyway on new power plants, transit systems and other infrastructure.

When the secondary benefits of greener policies — like lower fuel costs, fewer premature deaths from air pollution and reduced medical bills — are taken into account, the changes might wind up saving money, according to the findings of the group, the Global Commission on the Economy and Climate.

But you want government action? Pass HB 87. Stop the unnecessary, destructive, and hazardous Sabal Trail fracked methane pipeline. Comment on the EPA’s proposed methane rule. And stop the stealth corporate give-away treaties Trans-Pacific Partnership (TPP) and Transatlantic Trade and Investment Partnership (TAFTA) that would add dozens of “free trade” countries and promote LNG export. Ban fracking, not just in New York state, also in Oklahoma and Florida where there’s already a bill in the legislature. Stop giving BP a free pass to pollute the Gulf of Mexico. Oppose the horrible idea of opening the U.S. Atlantic coast to the same kind of destruction. Oh, and divest from fossil fuels: VSU is right up there with Divest Harvard for advocating that, and may soon see success.

You probably noticed most of this government action I propose is about stopping subsidizing fossil fuels, which get five times more subsidies than solar and wind, even before accounting for the massive destructiveness of fossil fuels, such as the oil Exxon dumped all over an Arkansas neighborhood and won’t clean up, not to mention pipeline leaks, explosions, sinkholes, and property takings. 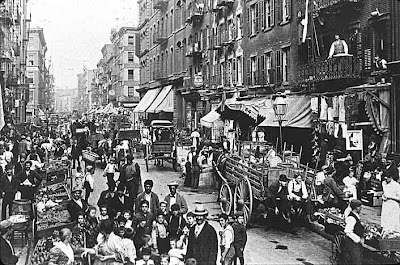 Stopping that destruction isn’t sacrifice: it’s common sense, now that we already have the technology right now to replace it: solar power, already increasing 66% in deployments each year. People who say it can’t be done or it will cost too much are like the 1898 urban-planning conference in New York City that couldn’t figure out how to keep horse manure from piling up nine-feet deep. Yet the horseless age came.

And the smoke-less age without fossil fuels is already all around you, and soon it will be everywhere, much faster than the previous big shift. Solar power will win like the Internet did as fast as you went from having a voice-only phone to having a supercomputer smart phone in your pocket. Within a decade more U.S. electricity will be produced by solar power than any other source, as predicted by former FERC Chair Jon Wellinghof back in 2013. And as batteries and other storage technology kick in, transportation will convert to electricity. The world is already converting to sun, wind, and water, with no fossil fuels.

For profit, for health, for a clean environment, for property rights: go solar, go wind!