See also the LAKE videos of the previous morning’s Work Session and the agenda for that meeting and this Regular Session for the three board appointments, the two Copeland Road items related to water, sewer, pavement, and Lowndes Middle School students, the two Tax Assessor items, others, and, last but not least, the four alcohol items. See also END_OF_DOCUMENT_TOKEN_TO_BE_REPLACED 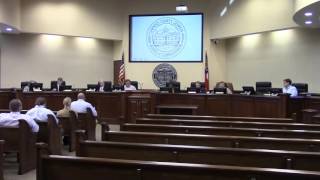 County Manager Joe Pritchard brought up in his Report yesterday morning the annexation request that is part of the Valdosta proposed rezoning for a development on Bemiss Road; see the packet materials for that item obtained by LAKE through open records request. They heard the long-awaited animal tethering ordinance, and will vote on it this evening, as part of an Animal Welfare Ordinance. See agenda posting for the three board appointments, the two Copeland Road items related to water, sewer, pavement, and Lowndes Middle School students, the two Tax Assessor items, others, and, last but not least, the four alcohol items. See also the previous post for LAKE videos of the preceding Planning Commission Work Session and Regular Session including the CAC item on Skipper Bridge Road, with a link to the board packet materials for that item that LAKE obtained by open records request.

The long-awaited animal tethering ordinance will be heard Monday morning and voted on Tuesday evening, as part of an Animal Welfare Ordinance. They’re going to reappoint Joyce Evans and Frank Morman to the Landbank Authority. 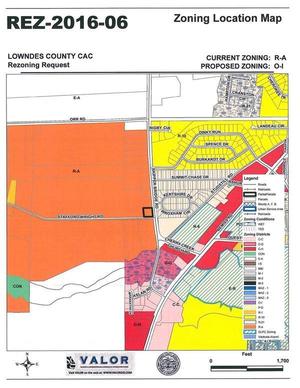 They last reappointed those two 27 March 2012, so apparently they serve four-year terms.

Despite the public not knowing there was an opening on the Georgia Department of Behavioral Health and Developmental Disabilities Board, they’ve already picked who they’re going to appoint: Chris Yarbrough. What he sent in his application, we don’t know, but his LinkedIn profile says he’s a “Community Supervision Officer III Mental Health Specialist, Georgia Department of Community Supervision, May 1996 – Present (19 years 11 months) Valdosta, Ga.”

Per LAKE open record request, here are the packet items for the Children’s Activity Center (CAC) rezoning on Skipper Bridge Road, REZ-2016-06, as sent to the END_OF_DOCUMENT_TOKEN_TO_BE_REPLACED

Here’s a video playlist of the 20 November 2012 South Georgia Regional Library Board meeting.

And here’s George Rhynes’ editorial on what he saw, heard, and was asked at that meeting. He’d prefer SPLOST being spent first on sidewalks than on moving the library where people would have to go farther to get to it. Also, like many of us, he’s tired of a few people controlling the purse-strings without input from the rest of us. He gave an example: