Emily Davenport, Valdosta Stormwater Manager, sent a letter 2 June 2014 to attendees of the 6 May 2014 Army Corps of Engineers presentations, with paper materials attached, and a note that they are also online at Stormwater Division, Regional Flooding. [Not there anymore, but see updated first bullet item below. 2018-01-28 -jsq]

It is clear a full watershed wide study must be completed before any decisions can be made.

As established in this first study—The City of Valdosta is the recipient-not the origin- of the flood waters. While it confirms what we already knew, my job is to try and keep the ball rolling forward. Engage congressional leaders, secure funding and find long term, sustainable solutions that benefit all communities within the watershed basin. A levee by itself is not the answer.
–Tim Carroll

Here’s the Call to Order. See separate post for details of the Army Corps of Engineers flooding study. The Work Session continued after that, but Gretchena and I both had to go to other events, so there’s no video of the rest.

If Valdosta videoed its own meetings, END_OF_DOCUMENT_TOKEN_TO_BE_REPLACED

In these videos of the initial flooding study by the U.S. Army Corps of Engineers at the Valdosta City Council Work Session, you can see they’re the Corps, all right: they want to build a levee. They did emphasize that this was just an initial study on what could be done inside Valdosta, and their main conclusion was that there was enough need to indicate federal interest, as in possibilities of getting federal funding for solutions. City Manager Larry Hanson got the Corps to confirm (several times) that Valdosta alone couldn’t stop the flooding, since the vast majority of floodwaters comes from upstream on the Withlacoochee and Little Rivers. 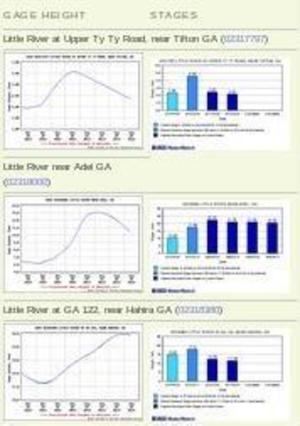 Later that same evening in response to citizen questions at the Valdosta City Hall Annex, the Corps clarified more that they did understand there were issues of impervious surfaces and development and loss of wetlands and they wanted to do a much larger study of the entire watershed, which could take several years to accomplish. They kept emphasizing that the Suwannee River watershed is one of the largest in the country, and there are also flooding problems on the Suwannee River, which could be important for obtaining federal dollars.

As we already knew, Valdosta has funded projects already started to move the Withlacoochee Wastewater Treatment Plant (WWTP) uphill and to add a force main to prevent manhole overflows. People downstream in Florida may be relieved to hear something is being done.

Here’s a video playlist, followed by images of the Corp’s slides and of the City Council, and some notes.

END_OF_DOCUMENT_TOKEN_TO_BE_REPLACED 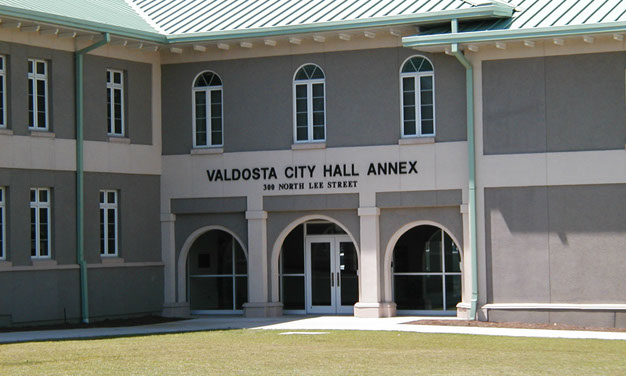 Tonight we get to hear twice about the long-awaited flooding study by the U.S. Army Corps of Engineers: once with no citizen input at the Valdosta City Council Work Session, and then with citizen input at Valdosta City Hall Annex. Presumably this study will say something about the Withlacoochee Wastewater Treatment Plant (WWTP), the new force main to prevent manhole overflows, and maybe some upstream measures to keep quite as much water from getting there. This study only addresses issues within the city limits of Valdosta, not the larger watersheds upstream on the Withlacoochee and Little Rivers and downstream: that will take more funding. People downstream in Florida may be relieved to hear something is being done.