Spectra is so risky it just sold itself so Enbridge would take on about $22 billion of Spectra debt. Debt especially racked up since END_OF_DOCUMENT_TOKEN_TO_BE_REPLACED

Let’s stop wasting money on the slide-rule technology of Keystone XL or Sabal Trail: they’re both bad investments, either short-term or long-term.

In the short run, with oil at $50 per barrel, Keystone will connect refineries to oil that may be unprofitable to extract. In the long run, as the world turns away from fossil fuels aggressively, the pipeline will be moot — a relic of the past.

Either way it’s a poor investment.

Meanwhile, solar panels seldom flood and work again as soon as the sun comes out. And how much more flooding would we get here with a good hurricane sitting still for a while?

Epic floods forced more than 100,000 people to flee their homes last week in Calgary, Alberta, the tar-sands mining capital of Canada. More than seven inches of rain fell on the city over the course of 60 hours.

Now the floodwaters are END_OF_DOCUMENT_TOKEN_TO_BE_REPLACED

BP must be getting desperate about people catching onto what they did to the Gulf. A BP video ad has been replaying itself every few minutes beside various news stories since yesterday, claiming two years after the oil disaster (“spill” doesn’t describe it) “the beaches are open for everyone to enjoy!” BP’s website says “We are helping economic and environmental restoration efforts in the Gulf Coast as part of our ongoing commitment to the region following the Deepwater Horizon accident in 2010”. Neither the ad nor the website says BP actually cleaned up the oil. Because they didn’t. It’s still there, as is the even more toxic “dispersant” Corexit BP dumped on top of the oil to make it sink. Both are busily poisoning dolphins, fish, birds, and humans.

Antonia Juhasz wrote for The Nation 7 May 2012, Investigation: Two Years After the BP Spill, A Hidden Health Crisis Festers,

END_OF_DOCUMENT_TOKEN_TO_BE_REPLACED 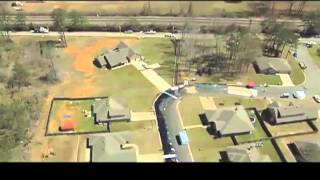