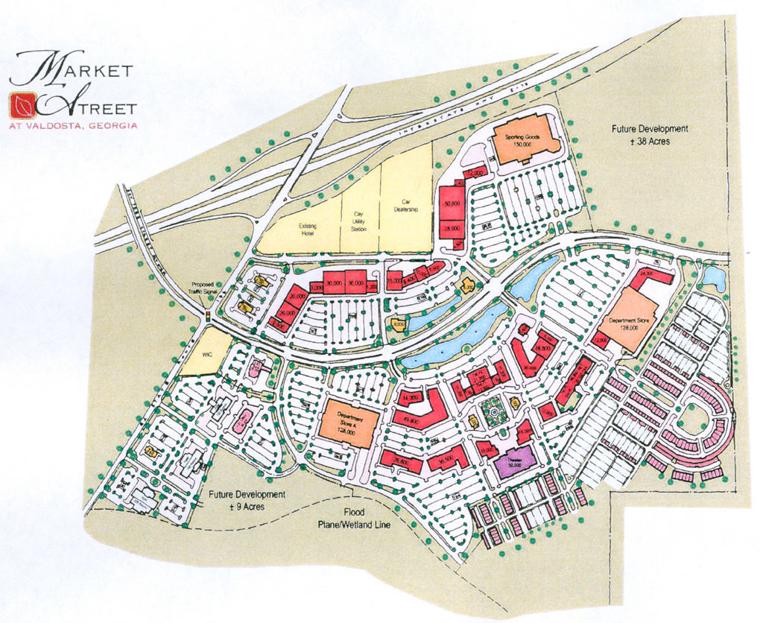 Back again: the James Road subsidy for a failed mega-mall that we just keep on paying, eight years later!

Five companies showed up at the May 27th pre-bid meeting, but only one bid for $71,192 was received from Rountree Construction for the Commercial Driveway for Raceway on James Road, said County Engineer Mike Fletcher at the 22 June 2015 Lowndes County Work Session. The Commission at their 23 June 2015 Regular Session approved that yet another fix-up payment caused by the county’s 2009 widening of James Road “from a two-lane local road with ditches to a five-lane road with curb and gutter” for the never-happened Market Street mall and subdivision project. And local elected officials say bus systems need subsidies? Every road and bridge is a subsidy for private developers. And James Road is a subsidy we just keep on paying year after year.

The county spent SPLOST VI funds and $587,000 in GDOT funds on this subsidy for private developers, some of them from Tampa, while requiring local James Road property owners to “pay for their own sewer and water connections, at an estimated cost of between $1,000 and $5,000,” according to the Matt Flumerfelt, Valdosta Daily Times, 21 February 2009, James Road widening starts.

And on 13 May 2014 the Commission spent money to fix the James Road 10-inch drop in 48 hours in front of Westside Elementary School due to faulty road construction. That same meeting they scheduled a Public Hearing for abandoning Excess Right of Way on James Rd & Riverside Dr.

Still no Market Street Mall with detached homes and townhouses such as was promised back in 2007; see Billy Bruce, VDT, 19 September 2007, New mall annexation on commission’s agenda.

We’re still paying for that failed mall boondoggle eight years later. Remember this the next time somebody says bus systems have to be subsidized.