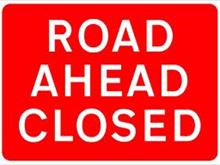 I would urge you not to use the LMIG formula for distributing funds to local governments, unless the formula is modernized. The current LMIG is unfair to cities and unfair to communities that have used their transportation dollars to pave roads, rather than merely maintain dirt roads. It is hard for me to justify that dirt roads are part of a comprehensive state transportation network. Dirt roads are local roads and should be funded, in my opinion, by local revenues. This is more of a maintenance and operation (M&O) issue that a capital expenditure issue. The current LMIG formula is 2/3 centerline road mileage and 1/3 population. This means a dirt road counts the same as a four lane arterial collector because both have one “centerline.”

Yet according to Jon Roberts in Peach Pundit yesterday,

Transportation Committee chairman Jay Roberts outlined the proposed changes to a packed hearing room. Instead of allowing cities and counties each to institute a three cent excise tax by a vote of their governing body, plus another three cents each if approved by citizen referendum, the new proposal allows county commissioners the ability to vote in a six cent countywide gasoline excise tax, which would be split with the cities according to the existing Local Maintenance and Improvement Grant (LMIG) formula, which is based on centerline miles of local roadway within the county or city.

Speaking to reporters after the hearing, Chairman Roberts stated that he thought this should ease concerns by counties and cities, noting that a six cent excise tax plus additional LMIG funding from the state, plus the ability to move transportation from a county’s existing budget to the excise tax should make up for the loss of revenue from a gasoline sales tax. And, Roberts stated his guiding principle that he was not going to allow sales tax on fuel not to be used for transportation purposes. On whether the proposed statewide excise tax rate of 29.2 cents per gallon would hold Roberts said that he was waiting on the fiscal note, which will describe the amount of money the bill is expected to raise.

If the state legislature wants a tax hike, it should raise a statewide tax, instead of forcing local governments to do so.

And what will the Lowndes County Commission do? There’s still nothing about HB 170 in tonight’s voting session agenda.