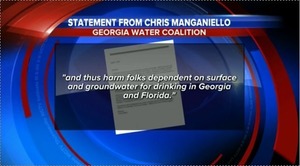 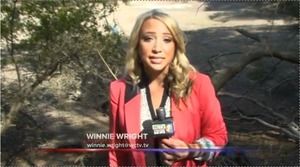 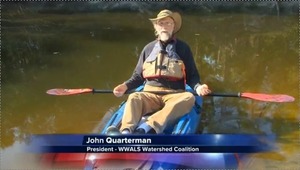 “All of our drinking water comes from the aquifer under our feet. This pipeline is hazardous to that aquifer. It could leak some of these PCBs. It could leak in to it. It could cause a sink hole which could leak into the aquifer”, says John Quarterman, President of WWALS Watershed Coalition who suggested Sabal Trail be included in the report.

Winnie Wright interviewed “some local scientists” who don’t agree with Spectra’s assertions that “their pipelines are safe”, including VSU professor Don Thieme. 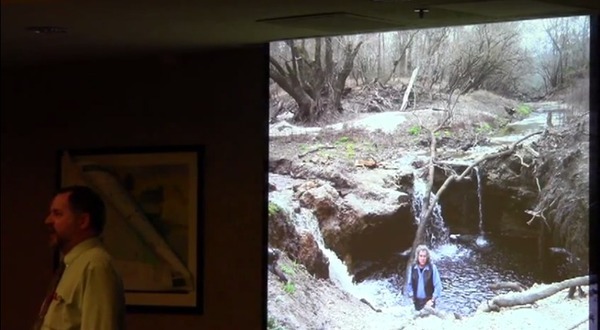 “We don’t really know what the reason for it is, but to risk something that unique, like a globally significant aquifer for one company’s speculation on the price of fossil fuels is crazy”, says Don Thieme, a local Geoscientist. 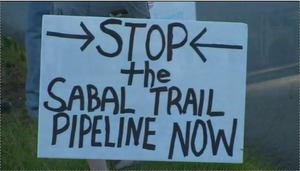 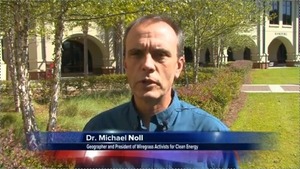 “If the ground collapses, everything that’s on top of it, including a pipeline that may be in the ground three or four feet, would also have a collapse. A rupture of some sort developing”, says Dr. Michael Noll, a Geographer and President of Wiregrass Activists for Clean Energy.

Winnie Wright got a Spectra Energy statement from the same Andrea Grover who was recently caught by the Valdosta Daily Times claiming “hard to believe” eminent domain threats from her company copiously documented by local landowners. 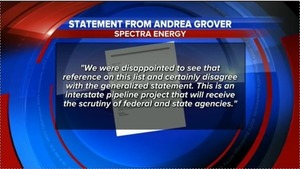 “We were disappointed to see that reference on this list and certainly disagree with the generalized statement. This is an interstate pipeline project that will receive the scrutiny of federal and state agencies. These agencies only approve projects which can be responsibly constructed and operated while protecting the interests of both the human and environmental resources”, says Andrea Grover, Director of Stakeholder Outreach for Spectra Energy.

Multiple parties keep filing evidence with the Federal Energy Regulatory Commission (FERC) and other federal, state, and local agencies and elected and appointed bodies spelling out why there’s no need for Sabal Trail’s pipeline and no reason for anyone to accept any risk for it, especially not to our Withlacoochee River and to our Floridan Aquifer drinking water. 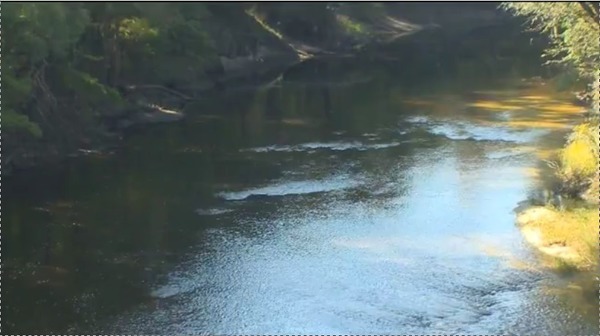 Withlacoochee River south of US 84, near proposed pipeline crossing