So what was supposed to be there? In the Minutes for the Work Session of 12 February 2007 condominiums are mentioned:

REZ-2006-80, Nelson, Val Del Road (0071 006) ± 43 ac, R-1 to PD, 76 Lots,
County Planner, Jason Davenport, stated that the request involved the rezoning of an additional 76 acres off of Val-Del Road and that all issues related to the request were centered around density, wetlands and traffic. Further, a recent letter received from Mr. Charlie Clark, Mr. Nelson’s Engineer, addressed all three issues as well as the DRI process. Mr. Davenport added that County staff had worked to try to mitigate all three criteria.

Wait, Charlie Clark? The same “Charlie Clark, County Engineer” back in 13 September 2004 when Jason Davenport made his first presentation to the Lowndes County Commission? The Charlie Clark who had been succeeded by Mike Fletcher as County Engineer by 12 July 2005? Apparently a year or two after Clark revolved out the door into the private sector, he came back to help propose the Nelson Hill development on Val Del Road.

But let’s look at what was supposedly going to be in Nelson Hill: 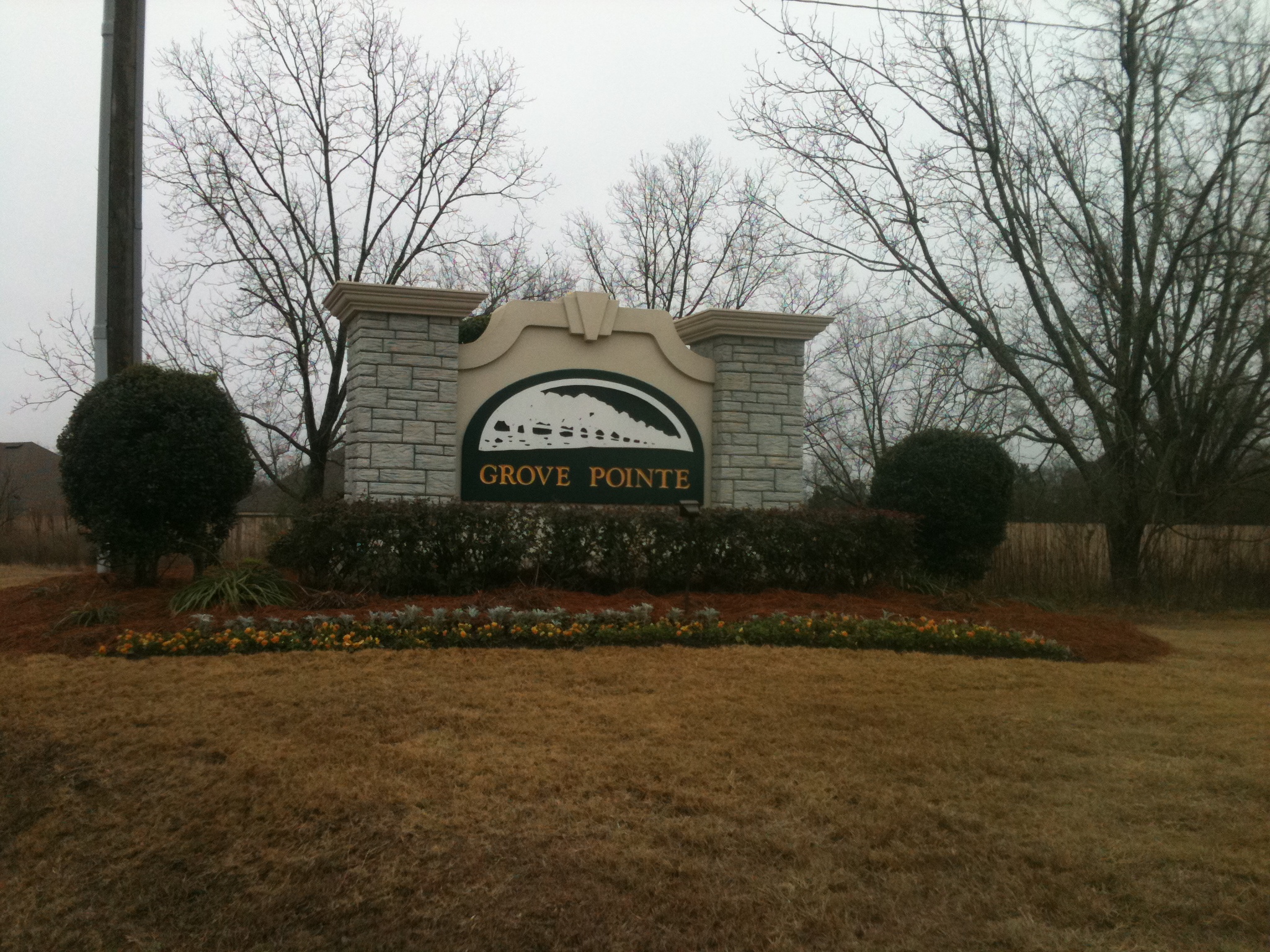 County Engineer, Mike Fletcher, stated that another point of ingress and egress would be added as well. Chairman Casey asked if the County agreed to build a road from Grove Point to Val Del Road. Mr. Davenport stated yes, that he has a copy of the Grove Point master plan showing the connection to Val Del Road. Commissioner Lee stated that there would be another connector road that would help with traffic coming to a four lane road within the next ten years.

Grove Point is off of Old US 41 North at Dasher Grove Road, about 2/3 of a mile southwest of Nelson Hill as the crow flies, according to the county’s Tax Assessor maps: So that’s 399 condominiums, plus another 75 units, with a mix of elevations, and green space to mitigate wetlands, plus a road from Grove Point to Val Del Road to help with traffic. But that’s just talk in the Work Session so far.

Let’s look in the Minutes of the Regular Session of 13 February 2007:

REZ-2006-80, Nelson, Val Del Road (0071 006) ± 43 ac, R-1 to P-D, 76 Lots,
County Planner, Jason Davenport stated that the request involved the rezoning of an additional 76 acres on Val-Del Road and that discussion had centered around density, wetlands and traffic.

Amy Swindle, 4953 Bethany Drive, spoke against the request stating that she lives and owns property on Bethany Drive and was speaking on behalf of herself and husband (Roy Swindle) and other neighbors (4 citizens stood in the audience). Due to the high traffic volume that this development would bring in as well as the overcrowding in the school system, she doesn’t see how this request can be approved.

Chairman Casey asked County Planner, Jason Davenport if the development had been previously approved to which Mr. Davenport stated yes.

Laurence Nelson, 4300 Reed Road, spoke in favor of the request. Information was given regarding the size and price of the units. Mr. Nelson stated it would either be a gated community or a security guard would be on duty. This project will be in townhouse fashion including playgrounds, dog walks, etc.

Scott Alderman, 4803 Springbrook Drive, spoke in favor of the request.

Commissioner Lee stated much of his time was spent going to the Planning Commission meetings and he thought the support from the community was substantial.

Commissioner Lee made a motion to approve the request with the following conditions,
Update 2013-08-13 14:15: Fix item divisions (and thus numbering) according to the Notice of Decision.

County Attorney, Walter Elliott, stated the conditions did not include that the zoning be conditioned to the site plans. Further, in order to be consistent with ULDC specifications there needs to be an additional condition connecting the approval to the site plans included in packet (1, 2, 3, 3A, and 4) dated October 25, 2006.

I’ve added the paragraph breaks (in both sets of Minutes) and the numbering of the conditions. Note the road from Grove Point to Val Del Road has evaporated. Also missing is anything about one speaker’s promise of “either be a gated community or a security guard would be on duty”; go by Nelson Hill now and see if you see either of those things: they’re not there.. And there’s no specific condition about wetlands or green space. So much for what was said in the Work Session but not voted on.

Yet in the Regular Session thirteen conditions were voted on and approved by the elected Commissioners. Were they implemented?

I don’t see 399 or even 75 units, do you? Well, that could be just due to the economic downturn of 2009. But what about all those other conditions? How about #7: do those house fronts look staggered to you?

How about #8 #9: are they condominiums of at least 1800 square feet? It’s hard to tell by looking whether they’re condominiums, but the county Tax Assessors show all the units as separately owned. For size, let’s look at the first house near Val Del north of that concrete pond that’s what they did with the cypress swamp (so much for wetlands protection). What about this one:

This is a traffic calming device in Grove Point: Do you see any of those in Nelson Hill? As for speed bumps, I don’t see any on the map, and I bet you won’t see any if you go look. Plus this is the same county that has said in a commission meeting and on TV that speed bumps are not an option. The same County Engineer who just asserted yesterday morning about the proposed Moody Family Housing on Val Del: As a part of the site plans, whenever they get ready to develop it, we’ve already put them on notice that we’re gonna be requiring a traffic study for this, for both coming down Val Del to the intersection at North Valdosta Road, and then going north. They’ll have to do a traffic study both ways.

Why should we believe such staff assertions about traffic and Moody Family Housing now when traffic measures promised by staff and elected Commissioners for Nelson Hill never happened? Sure, back then it was “as approved by the County Engineer”, but at least it was a condition made by the elected Commissioners. But remember the TRC recommendation for Moody Family Housing is:

See that? “not a proposed condition”. As in not even to be voted on by the elected Commissioners.

It’s pretty clear just from the published minutes, the Tax Assessors database, google maps, that what you can see with your own eyes now at Nelson Hill bears little resemblance to promises made by staff and developers, and not much more to conditions voted on by your elected Commissioners. Why should we believe promises that aren’t even proposed conditions about Moody Family Housing? And given what happened (or didn’t) at Nelson Hill, can we even believe conditions imposed by our elected Commissioners?

Maybe some of those Commissioners should look into this.