County Planner Jason Davenport said the proposed Moody Family Housing was “in the Nelson Hill neighborhood”, and there were at least 30 pages of updates, but the County Clerk wouldn’t show them to LAKE without an Open Records Request, which hadn’t yet been satisfied at the end of the day. Commissioners had some questions about acreage and traffic, some of which were answered by the ubiquitous Attorney Bill Holland, and others of which were not answered very well by County Engineer Mike Fletcher, at this morning’s Work Session of the Lowndes County Commission.

As of last Friday we did receive an updated site plan as well as some elevations from the applicants to let us know exactly what the houses would look like, what they’re anticipating. The site plan did have four changes and I’ll hand these out to you in just one minute. We added some notes about the uses. We wanted to make them show us where their proposed signage was and we wanted to make them clarify who would be maintaining the open space and the green space….

He passed those updates out, but the County Clerk refused to supply copies for LAKE without an Open Records Request. Gretchen filed an ORR, but if the county takes the statutory three days, we won’t get copies, nor will you, before the Commission votes tomorrow evening.. Chairman Bill Slaughter tried to move on to the next item, but In Part 2 you can see Davenport still handing out copies and remarking the elevations were “30+ pages”. Commissioner Crawford Powell thought of some questions, such as were they going to purchase the entire tract for both phases at this time. Chairman asked Bill Holland (yes, the same attorney from the bond item he presented a few minutes before) to explain:

This is Moody Family Housing.

But this has nothing to do with the Moody Housing Project that was there next to Moody a long time ago. This project is backed by payment and performance bonds so hopefully we won’t be looking at what we were looking at before. Balfour Beatty is the developer. Balfour has done 53 of these projects for the Air Force and for the other arms….

non-payment of contractors stopped work. The mold problem became notorious 4 years ago in 2009. Maybe it doesn’t seem so long ago to those who were affected. 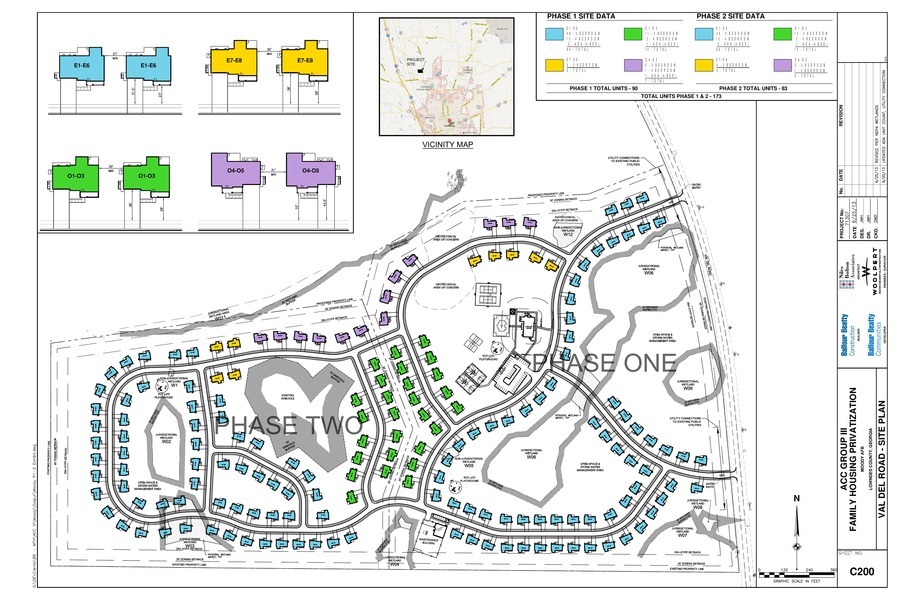 Right now we’re gonna do the first phase which is 35 acres…. The second site is the one … to the west. We’re not purchasing that land now; we’re not rezoning that land now. Chairman tried once again to move on, but Commissioner John Page wanted to know if a traffic study had been done, and whether the residents would go up McMillan Road, or Val Del, or GA 122. As a part of the site plans, whenever they get ready to develop it, we’ve already put them on notice that we’re gonna be requiring a traffic study for this, for both coming down Val Del to the intersection at North Valdosta Road, and then going north. They’ll have to do a traffic study both ways.

Let’s recall what the TRC actually wrote about a traffic study:

It doesn’t say when. It doesn’t say “they” will have to do it. When did “they” do traffic studies, anyway? Isn’t that the job of the County Engineer? Who ignored almost all of the detail of Commissioner Page’s question, as well as Gretchen’s concerns at the Planning Commission, and gave no better answer than Davenport did to Planning Commissioner Tommy Willis’ question. If it’s “required” why not make it a condition of the rezoning, or just refuse to rezone until the applicants supply it?

Unfortunately, Page, like Willis, seemed to buy the non-answer. Page did at least say “I am concerned about the impact.”

Chairman tried once again to move on, but even County Manager Joe Pritchard was confused:

Answer (I think from attorney Holland): 64.

Phase I is the 60 acre portion, and then Phase II is the smaller.