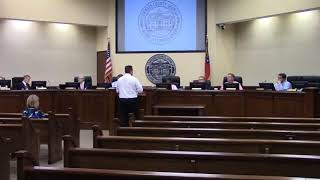 The longest item was not on the agenda: a Health Fair Update in the County Manager’s Report.

They breezed through everything else including 5 a. Lowndes County Public Facilities Authority Appointment, although the Chairman did have another name to propose.

Below are links to the LAKE video of each item, plus a very few notes, followed by a LAKE video playlist. See also the LAKE post with the agenda, which includes much background about 5 a. Lowndes County Public Facilities Authority Appointment. For REZ-2017-10 Laurel Run (Tuscany Palms) see also last month’s Planning Commission meeting.