Thanks to Julie Bowland for the picture of my VDT op-ed today. -jsq

The same day the Sabal Trail was quoted in the VDT August 5th as saying it had done enough subsurface analysis on our fragile karst limestone topography, a sinkhole opened up next to Shiloh Road. Sabal Trail already had to move its Albany compressor station because arrowheads had been found there. The pipeline itself is a much bigger mistake: let’s stop it before it damages our property values, forests, rivers, or our people.

Spectra Energy’s paid staff are continue to assert that Sabal Trail’s proposed gouge through our fields, farms, and under our rivers will proceed according their plan to profit executives and investors in Houston, Texas. 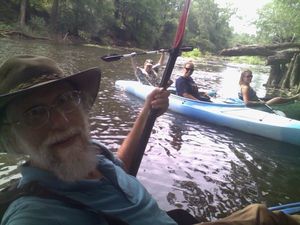 Sabal Trail also has not yet gotten (and apparently not even applied for) necessary Georgia permits to drill under the Withlacoochee River at the Brooks-Lowndes border nor to cross state roads.

Meanwhile in Florida, FL-DEP’s notice of intent to issue a permit for Sabal Trail to drill under the Suwannee River is being contested by WWALS Watershed Coalition, Inc. WWALS sent an amended petition to DEP this Friday, August 28th.

Regardless of what the Federal Energy Regulatory Commission (FERC) does or what Spectra says, work can’t start on the Albany compressor station or on drilling under rivers in Georgia or Florida without these state permits. 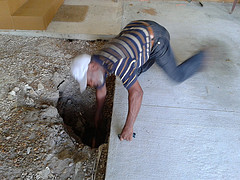 “Based on these numerous studies, Sabal Trail considers the site feasible 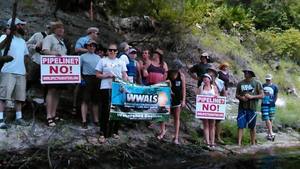 for construction and operation of a compressor station.”

Rather than find out the hard way what else Sabal Trail got wrong, let’s stop this pipeline before it can destroy anything around here.

John S. Quarterman is President of WWALS Watershed Coalition, Inc., a WATERKEEPER® Affiliate representing the watersheds of the Withlacoochee and upper Suwannee Rivers.