Save more by acting to fix climate change, on similar overall investment for trying to deal with unfixed effects, says Citi Global Perspectives & Solutions (GPS). Save more on similar expense: that’s profiting by fixing climate change. Fastest way to do that with least expense: deny all new pipelines, all LNG export, and end fracking. 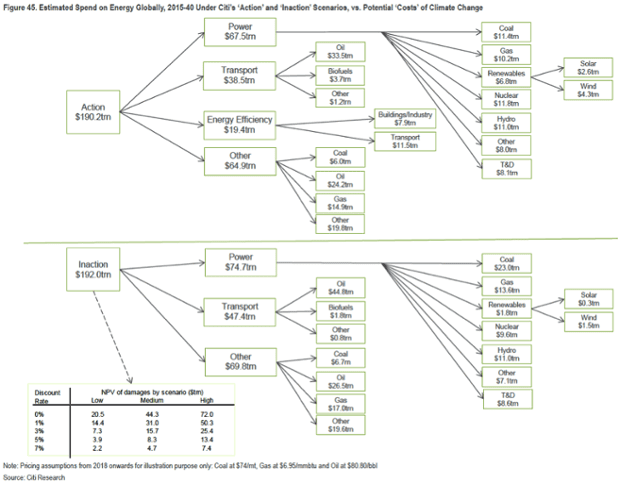 Dana Nuccitelli, Guardian, 31 August 2015, Citi report: slowing global warming would save tens of trillions of dollars: A report from America’s 3rd-largest bank asks why we’re not transitioning to a low-carbon economy,

“What is perhaps most surprising is that looking at the potential total spend on energy over the next quarter century, on an undiscounted basis the cost of following a low carbon route at $190.2 trillion is actually cheaper than our ‘Inaction’ scenario at $192 trillion. This, as we examine in this chapter, is due to the rapidly falling costs of renewables, which combined with lower fuel usage from energy efficiency investments actually result in significantly lower long term fuel bill. Yes, we have to invest more in the early years, but we potentially save later, not to mention the liabilities of climate change that we potentially avoid.”

As the Guardian article points out, this is not a new conclusion. See for example Mark Z. Jacobson’s fifty state plan for powering the whole country from sun, wind, and water. Here are Jacobson’s numbers for Georgia, which include saving 2% of the state’s GDP in reduced mortality and illness, in addition to eliminating fuel costs, reducing transmission losses, etc.; oh, and Savannah might not be underwatter.

How much profit for the U.S. by actively addressing climate change?

“By comparing the cost of mitigation to the avoided ‘liabilities’ of climate change, we can derive a simple ‘return on investment’. On a risk adjusted basis this implies a return of 1-4% at the low point in 2021, rising to between 3% and 10% by 2035.”

That’s way higher than treasury bills and better than the stock market lately. Plus Miami, New Orleans, and Boston might not be completely underwater.

And as the Guardian article points out, most of this profit applies even if no other country does anything: 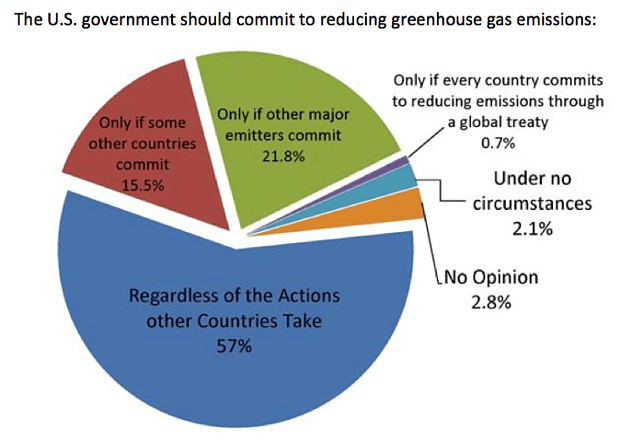 And we know China, for example, already is acting.

So we need to stop feeding the fossil fuel addiction by denying any new pipelines, denying all LNG export, and ending fracking. While promoting sun, wind, and water power, plus conservation and efficiency.