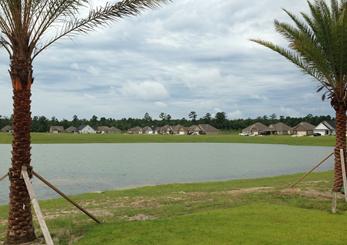 With only four voting Commissioners left, and two of those lame ducks, it should be an interesting set of Lowndes County Commission meetings this week. On the agenda is adoption of infrastructure for the Nelson Hill subdivision; the one with all the waivers by staff with no public hearings. Plus four rezonings, one for a former County Commissioner and another for a community well for a development. And the annual contract renewal for the MIDS on-call bus system.

shall be held in Lowndes County on May 20, 2014, to fill a vacancy in the office of Lowndes County Commissioner representing District 5 formerly held by John Page for a term to expire December 31, 2016.

Qualifying for District 5 will be from 9AM Wednesday to noon Friday 14 March 2014.

The Board of Elections already before that reopened qualifying for District 3 because Crawford Powell qualified for Georgia House District 174, thereby voiding his previous qualifying for his County Commission seat.

And Richard Raines already said two months ago he wasn’t running again for District 2. It turns out he’s running for state Senate; the same seat John Page just quit his Commission seat to run for. So for GA Senate we have running Raines (R), Page (R), Ellis Black (R) currently House 174, and Bikram Mohanty (D). Black running for Senate opened his House seat; the one Crawford Powell decided to run for instead of County Commission. See Musical chairs in local qualifying.

Well, now maybe we can elect some County Commissioners who maybe don’t think “there’s nothing you can do” about the pipeline, or about quite a few other things. See First round of qualifying for who’s currently running. We’ll know more about Districts 3 and 5 by the end of the week. And Monday and Tuesday’s Commission meetings should be interesting.