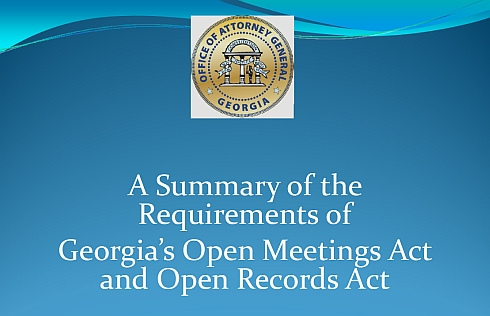 You can go to the rest of the budget meeting, which is tomorrow. Some time after this morning when I looked for it, today’s budget meeting magically appeared on the calendar and in Current Events on the Lowndes County front page. It shows most of the day tomorrow also as budget meetings. And at 5:30PM tomorrow (Tuesday) there’s still the County Commission Regular Session.

Plus in the middle of all that, the Airport Authority is having a Board Meeting at the Commission Chambers. Only a little more than a year ago, 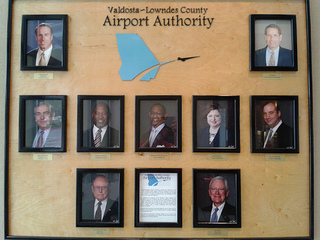 that Authority said the County Commission shorted them $150,000 on payments they were expecting, causing the Airport Authority to have to borrow that much from the City of Valdosta, plus interest. Will that come up in tomorrow’s meeting?

(i) The gathering of a quorum of the members of the governing body of an agency at which any official business, policy, or public matter of the agency is formulated, presented, discussed, or voted upon; or

The “or” is about committees, but nevermind that, since three of the voting Commissioners were at the budget meeting today, and 3 of 5 is a quorum by most definitions, even before John Page vacated District 5 last week leaving only four, and I think anybody would agree 3 of 4 is a quorum. There are a bunch of exceptions for inspections of facilities, training courses, etc., but I don’t see anything in there for budget meetings. Also there’s nothing in there about a meeting has to be called to order to be a meeting, just the “gathering of a quorum”.

Now it may be that the county notified the newspaper of record (the VDT) and posted a sign out front, and that’s all state law requires them to do, so far as I know.

Anyway, you know about tomorrow’s budget meeting, and:

Now it says down at the bottom of each page,

That seems to indicate the County Manager didn’t finish that agenda until little more than half an hour before it started. Interesting management.

Why are they having every department paid by the county, including the constitutional officers, show up at a budget meeting? 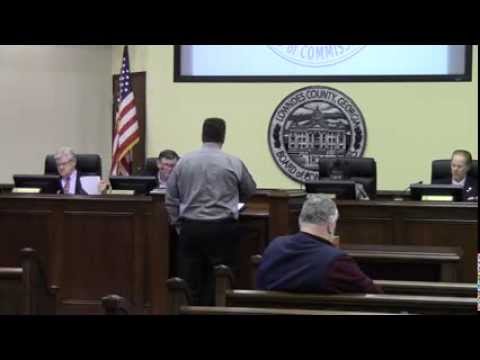 I’d guess it has something to do with the human resources consulting contract with Condrey & Associates, Inc. that the Commission discussed 10 February 2014 and approved the next day. Human Resources Director Kevin L. Beals said it was to conduct a position classification compensation pay study to update the last one done in 2007. He also said it would include the entire county, including the constitutional officers, such as the Sheriff’s department, board of elections, etc., and that’s what we see on the agenda for these budget meetings.