Why am I so sure that I will live to see fracked methane pipelines shut down, along with their tar sands and petroleum partners in crime? Because I’ve seen it before, a quarter century ago, when the Internet won over all other networks, including BITNET. 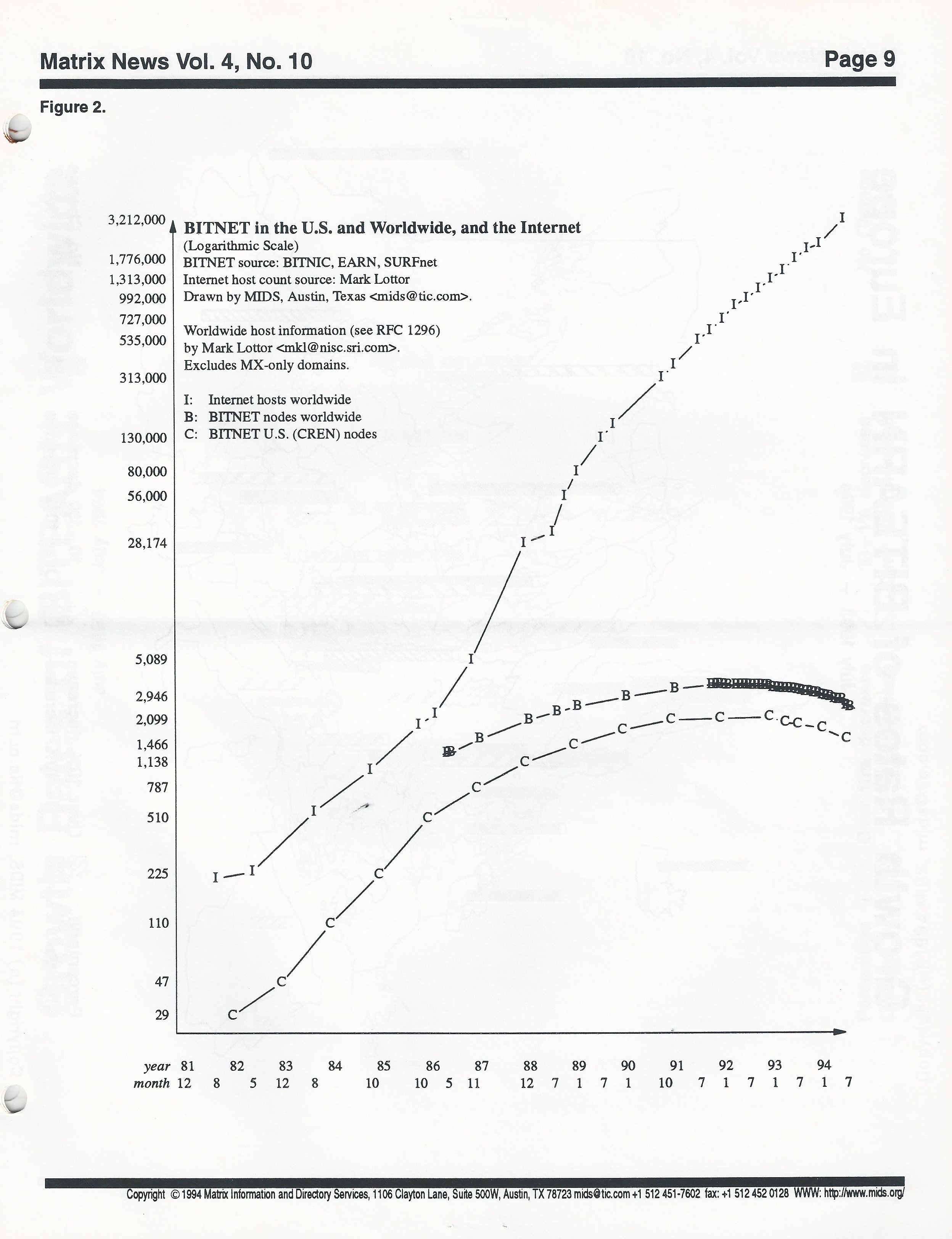 The exponential growth of the Internet sucked users away from all the other networks. Coal is already crashing so fast that cleaning up coal ash is the biggest issue. Nukes are closing left and right. “Natural” gas is still growing, but not as fast as solar and wind, which produced more new electricity than any other source in 2020. Soon, fracked methane will peak, and then it will fall fast, just like coal did. The bigger they are, the harder they fall.

Solar, wind, batteries and other storage will continue to soar until almost all electricity comes from them. A cleaner world, with profit for those who buy in, and lower power charges for everyone: it’s coming fast.

Vote for clean energy and help it arrive faster.

Remember FidoNet? Probably you’ve never heard of it, and this is why. Remember BITNET? Maybe not, but one of its neologisms lingers on: listserv. 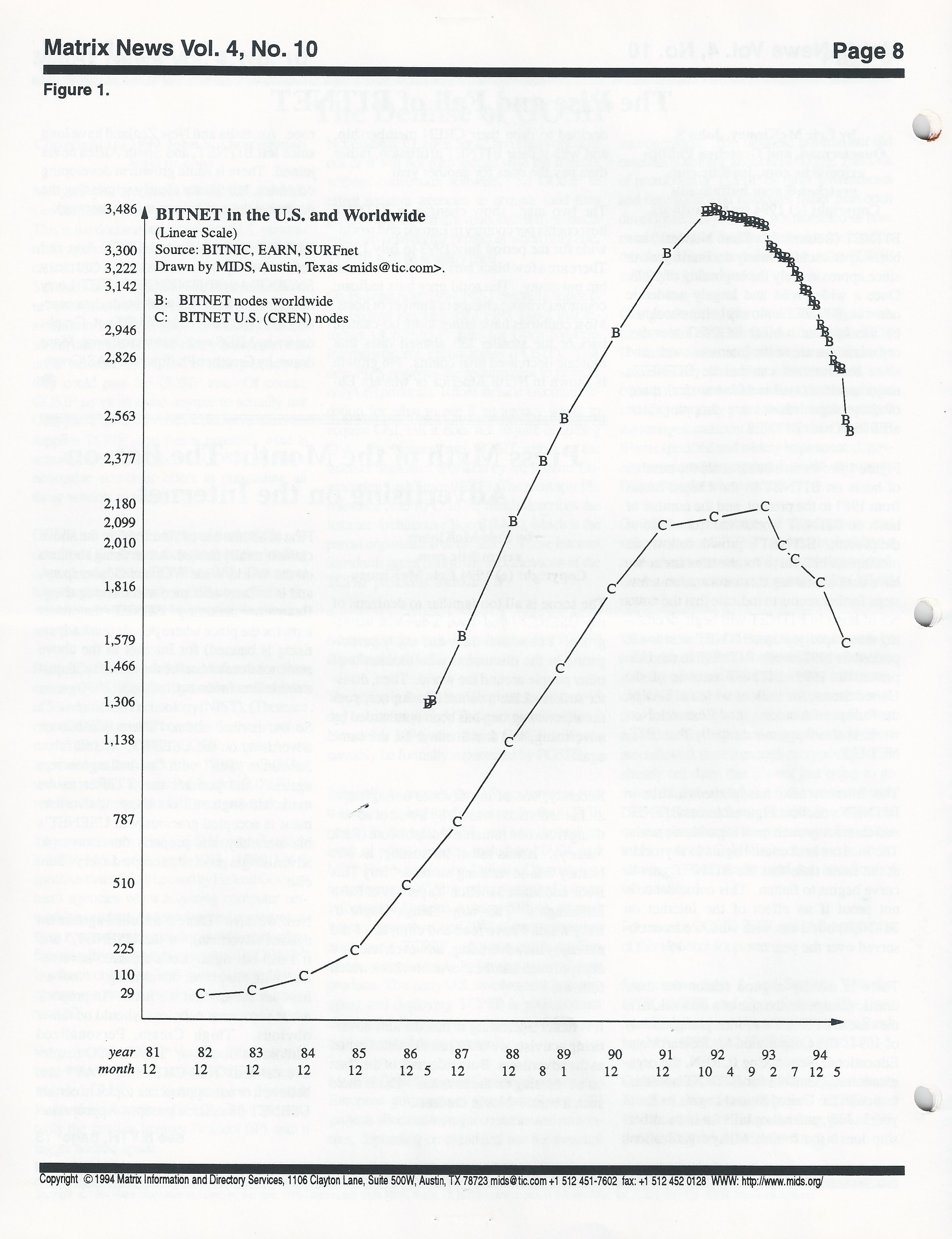 BITNET was a large, worldwide network, which started on IBM mainframes but also included VMS VAX computers from Digital Equipment, and possibly others. Early on, from 1982 through 1985, BITNET grew exponentially, just like the Internet. BITNET was interconnected with all the other networks by 1986. Then its growth sputtered, like a rocket running out of fuel. By 1992 BITNET peaked, while the Internet continued to soar.

This is why I predict that solar and wind power and batteries will suck away users of all other power sources. Only those three are growing exponentially, like rockets. It doesn’t take rocket science to make this prediction. 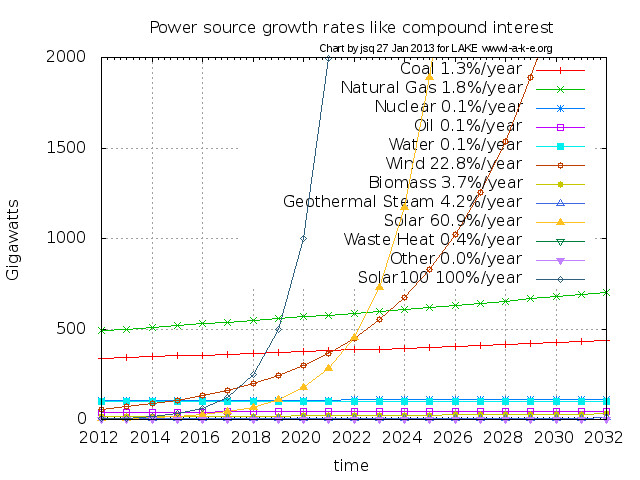 I deliberately drew it projecting only the 2013 growth rates forward for each power source, without taking into account the BITNET effect. But now we have further FERC data which we can use to show the old, dirty, power sources have peaked (coal) or are peaking (gas). Sure, Southern Company keeps bulling ahead with Plant Vogtle, but those two units are the only nukes building in the U.S., and many more than two have shut down during the long Vogtle delays and cost overruns.

Coal has already peaked in the U.S. and is merely a shadow of its old self. Remember less than ten years ago, when mountain-top coal mining seemed unstoppable, and a bogus company wanted to build a coal plant in Ben Hill County, Georgia? Well, that plant was cancelled on Bastille Day 2012. Georgia Power is closing so many coal plants that disposal of coal ash is the big coal issue now. Even mighty Plant Scherer near Macon, Georgia, the country’s dirtiest, is losing the owners of one of its four unites by January 2020: Florida companies FPL and JEA are selling out. Who would be crazy enough to buy their shares?

It’s not even close, with almost half from wind, a third from solar, and only a fifth from fracked methane. No new electricity at all from coal, and no new nukes in 2020.

More than half of 2020 retiring electric capacity is coal, a third “natural” gas, a seventh nuclear, and only 1% each solar and wind. That’s far less than new solar and wind. While that 3.74 gigawatts of retiring gas is not only a third of all retiring 2020 capacity, it’s a third of the amount of 2020 new natural gas deployments.

So many fracked methane pipelines have been canceled that already in July we were seeing articles like this: Scott Tong, Marketplace, 6 July 2020, $8 billion natural gas pipeline canceled, raising questions about fuel’s future .

The electric utilities were warned by their own think tank, Edison Electric Institute, back in 2013, that:

…one can imagine a day when battery storage technology or micro turbines could allow customers to be electric grid independent. To put this into perspective, who would have believed 10 years ago that traditional wire line telephone customers could economically “cut the cord?”

Now I don’t recommend disconnecting from the grid. I sell my excess solar capacity back to Colquitt Electric, and that reduces their costs and supplies power for my neighbors. I recommend let’s finish converting the grid to solar, wind, and batteries.

Sure, solar power is intermittent. But, as I told the Georgia Public Service Commission in 2013, shortly before they decided to require Georgia Power to buy twice as much solar power, The cloudy day doesn’t last for an entire month. And with distributed generation and storage, continuous power will be available.

That’s why I got batteries with these twenty solar panels way back in 2006, and used them to stay up through ten-hour power outages. 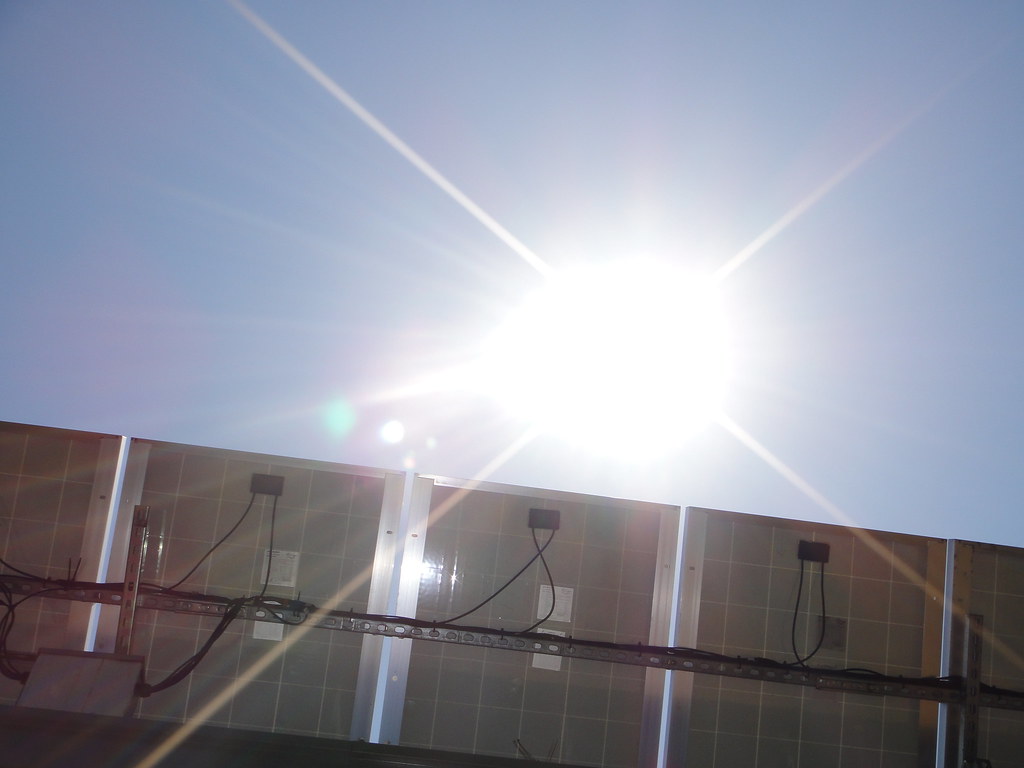 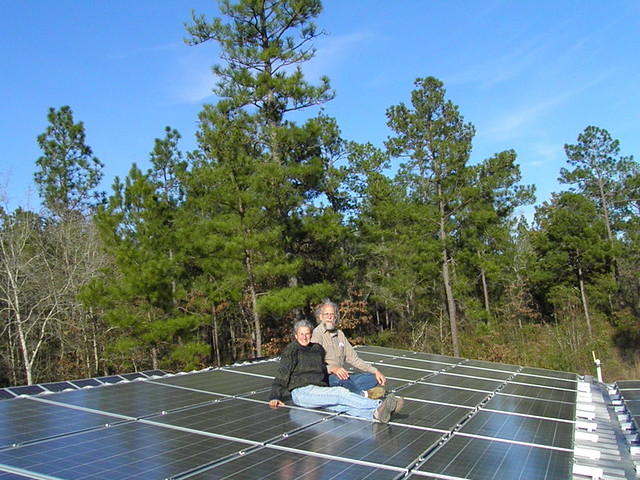 Battery prices have come way down, so it’s time to order some batteries for them, too.

Solar power will win like the Internet did. No president’s men and no presidents horses can stop solar, wind, and batteries.

We don’t need new research, although we’re getting that, and its results will only drive solar, wind, and battery growth faster. For example, there are half a dozen non-lithium batteries in development, some of which use no metals at all.

We don’t need more efficient solar panels, although those are coming along, and will drive growth similarly.

Sheer economies of scale are driving down costs of solar and wind, and that is the primary driving force for their exponential deployment growth.

We do need more pipeline protests and legal actions: those are causing pipeline shutdowns. We do need more pressure on investors to pull out of all fossil fuels. That’s already happening, and once all the money moves elsewhere, the rest of the dirty fuels will stay in the ground.

We need people to vote for clean energy. In the Georgia runoff elections and in every election.