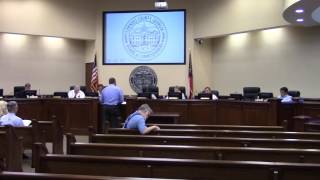 They vote Tuesday 5:30 PM. Monday morning at the Work Session, after some resistance from a Commissioner, surprisingly Chairman Bill Slaughter argued for paying the $40,000 to match Valdosta on the LiDAR flood maps to prevent loss of life and property damage. He even said “folks that live in our cities are Lowndes County Citizens as well.”

Still no explanation of why there’s a vacancy on the South Georgia Community Service Board nor why Chairman Bill Slaughter is who they’re going to appoint. Reappointing Randall Crews to the Valdosta- Lowndes County Construction Board of Adjustments and Appeals and Paul Alvarado to the Valdosta/Lowndes County Zoning Board of Appeals (ZBOA).

Below are links to each LAKE video of the Monday June 11th 2016 Lowndes County Commission Work Session, followed by a video playlist. See also the agenda.