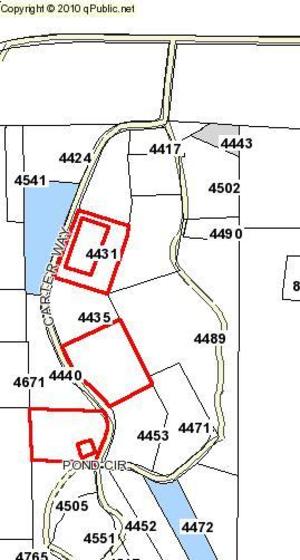 If heavy rains washed out culverts on Carter Way, why would we not expect them to wash up the proposed Sabal Trail pipeline, aimed barely 500 feet to the west, downstream on Tiger Creek? And why didn’t the county mention that the company to which they just awarded an emergency no-bid contract to fix a private road owns extensive properties on that same private road? Actually, no: see correction.

The Lowndes County Tax Assessors online database shows Cowart & Son own Parcel 0017 024 of 13.09 acres on Carter Way. Yet the item 7.h. Carter Way agenda sheet for yesterday’s 12 April 2016 Regular Session of the Lowndes County Commission. mentions “Over 10 residences and a telecommunications tower” on Carter Way, but never mentions that the contractor, Cowart & Sons, just awarded that emergency no-bid contract for $67,822 to fix culverts on Carter Way, is also located on Carter Way. Actually, Rountree Construction got the contract; see correction. It’s still an emergency no-bid contract for a private road. 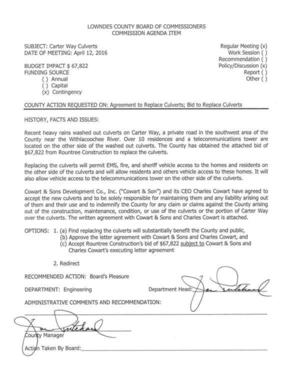 Recent heavy rains washed out culverts on Carter Way, a private road in the southwest area of the County near the Withlacoochee River. Over 10 residences and a telecommunications tower are located on the other side of the washed out culverts. The County has obtained the attached bid of $67,822 from Rountree Construction to replace the culverts. 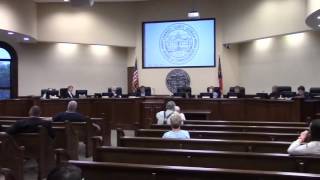 Cowart & Sons Development Co., Inc. (“Cowart & Son”) and its CEO Charles Cowart have agreed to accept the new culverts and to be solely responsible for maintaining them and any liability arising out of them and their use and to indemnify the County for any claim or claims against the County arising out of the construction, maintenance, condition, or use of the culverts or the portion of Carter Way over the culverts. The written agreement with Cowart & Sons and Charles Cowart is attached.

Action Taken By Board:

This item was added to the agenda per request from County Manager Joe Pritchard in the previous morning’s Work Session as:

In this wider area map of Carter Way, you can also see Martin Way, and the Withlacoochee River where Old Quitman Highway deadends at Spook Bridge. 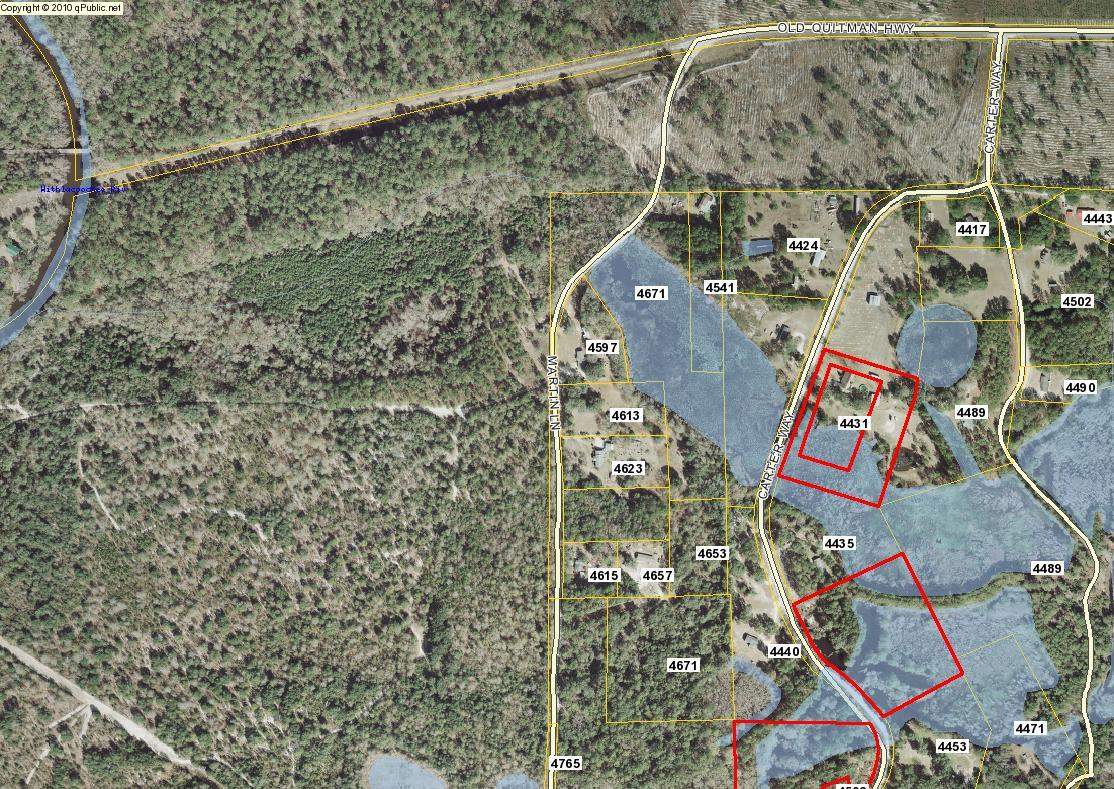 I rotated this Sabal Trail route map to have north towards the top, so you can see the pipeline would emerge from the HDD Withlacoochee River and US 84 drilling south of Old Quitman Highway, then turn sharply, crossing Tiger Creek, and parallelling Martin Lane. Apparently Sabal Trail wants to cross Tiger Creek by open cut, since that crossing is after the emergence from the Horizontal Directional Drilling under the river. What’s to stop heavy rains from washing up the Sabal Trail pipeline just like they just washed out the culverts on Carter Way, barely 500 feet to the east? 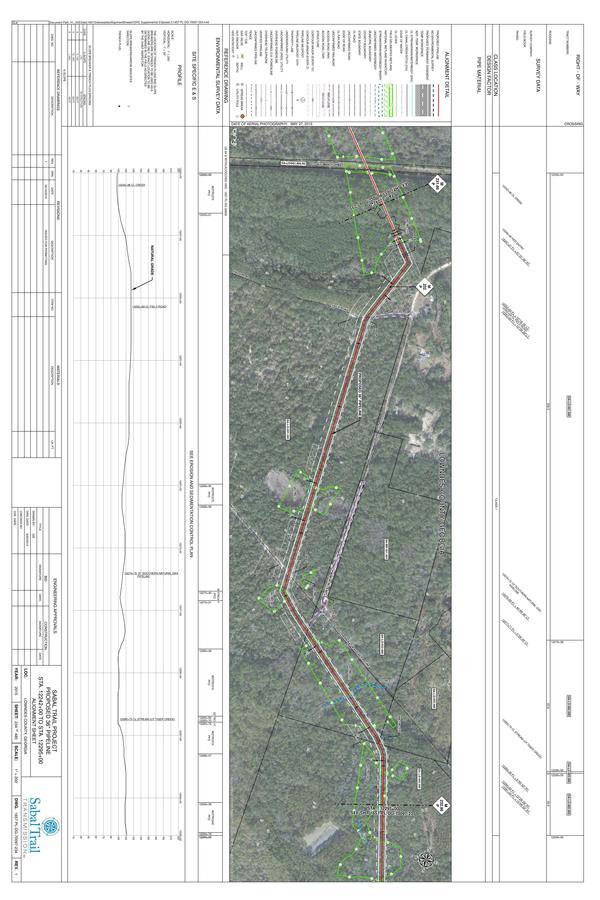