So I contacted the tax assessor office. They said those parcels don’t actually exist any more. They were added into another parcel. After a bit the first person said they were added into 0071 006B, but she’d have to transfer me to the mapping department to find out more.

So those square plots were split out of land owned by David and Lorena Clyatt, which you can see in the parcel card for 0071 006B.

However, according to deed book 3702 page 118 they were deeded from LLD LLC Development to Lowndes County.

But there’s a note (she said) that says they couldn’t transfer to Lowndes County, because already deeded to NELCO Inc. previously.

So they went into Nelco Inc. They were foreclosed, and went to Ameris Bank Now FLEMACLEY LLC owns it.

One of those well sites is actually visible at the top of the Zoning Location Map for REZ-2013-09 Moody Family Rezoning Request: 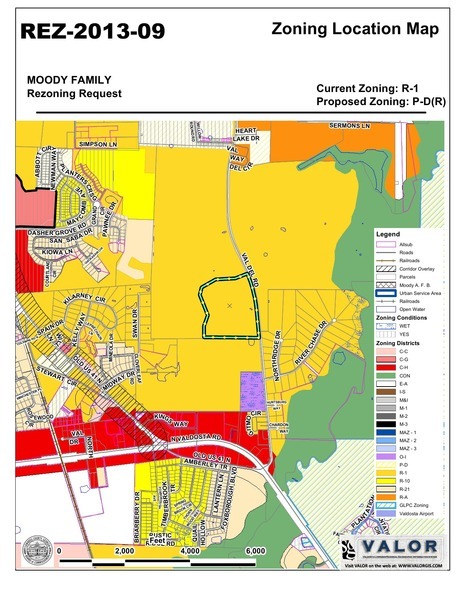 Both of those well sites are visible at the top of the Future Development Map for REZ-2013-09, plus Stone Creek in the lower left. Stone Creek’s own well is not marked, but it’s just across the railroad tracks from where Dasher Grove Rd joins Old US 41N. 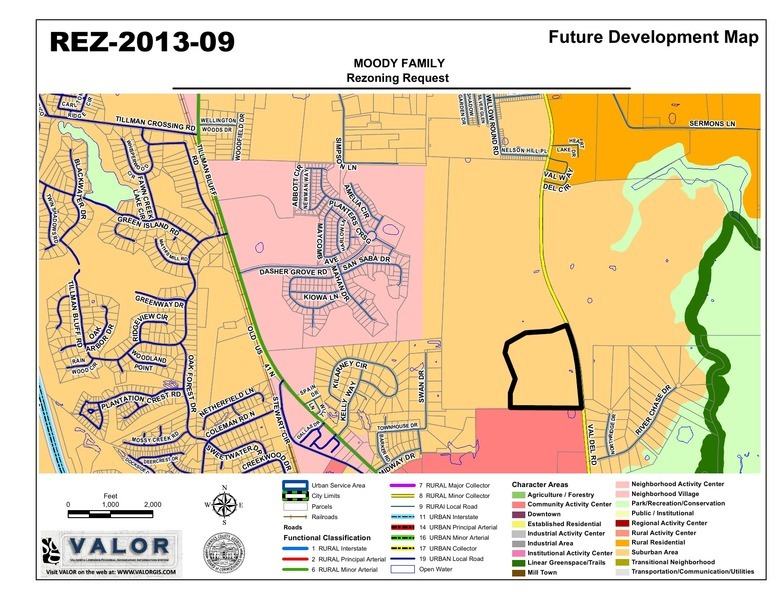 And of course we know the Phase Two site for Moody Family Housing has a big sinkhole on it and is in an aquifer recharge zone.

Now about those water tests….

Oh, is this that happened in Florida late last year what we want to happen here in the same aquifer?