In line with comments made by Steven Chu: Solar power will be cheaper than fossil fuels at some point between the end of this decade and 2026*, said U.S. Secretary of Energy Steven Chu

as well as a recent Op-Ed piece by Paul Krugman:

…progress in solar panels has been so dramatic and sustained that, as a blog post at Scientific American put it, “there’s now frequent talk of a ‘Moore’s law’ in solar energy,” with prices adjusted for inflation falling around 7 percent a year.

This has already led to rapid growth in solar installations, but even more change may be just around the corner. If the downward trend continues — and if anything it seems to be accelerating — we’re just a few years from the point at which electricity from solar panels becomes cheaper than electricity generated by burning coal.

And if we priced coal-fired power right, taking into account the huge health and other costs it imposes, it’s likely that we would already have passed that tipping point.

I added the blockquotes and the Moore’s Law link. Seems to me physicist Sec. Chu must be looking only at the sticker price, while economist Krugman is also looking at other costs and at externalities not currently included in the sticker price, yet still costing us in other ways. Add in the costs of wars for oil and I wonder how long ago solar already became cheaper than oil…. 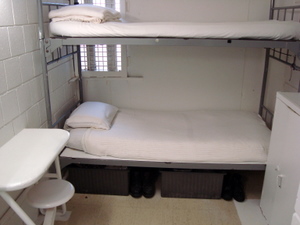