The good news: Wells Road and Folsom Bridge Landing remain open, after the Commissioners unanimously denied the road closure. Thanks to Commissioner Clay Griner for making the motion, saying that the request met none of the criteria.

The bad news: by a 3:2 vote they approved the subdivision way too far north on Val Del Road, far outside the subdivision character area, despite the Planning Commission, county staff, and three speakers against in the Public Hearing. Griner also made that motion. The audience was not happy, especially at Commissioner Scottie Orenstein for voting for that motion. 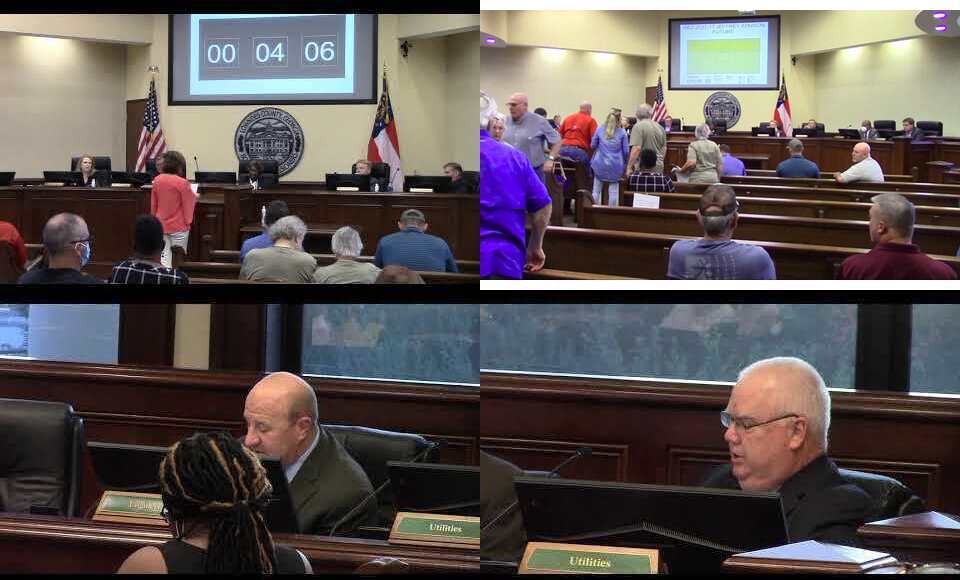 The Commissioners also approved without comment the $1 million unnecessary water main as part of the $5 million utilities package.

They approved everything else unanimously.

Below are LAKE videos of each agenda item with some notes, followed by a LAKE video playlist. See also the agenda and board packet and the LAKE videos of the previous morning’s Work Session.