Eleven minutes plus three minutes from people asking do not pave Hightower and Cooper Roads near Moody AFB. They said they weren’t even consulted before the county decided to pave. Chairman Bill Slaughter offered to talk with those citizens after the meeting, but not during, when the public could have heard him. Before that, County Manager Joe Pritchard summarized internal discussions about the county road inventory.

More than four minutes for the second NATCO rezoning on Val Del Road was the longest item at this Regular Session. 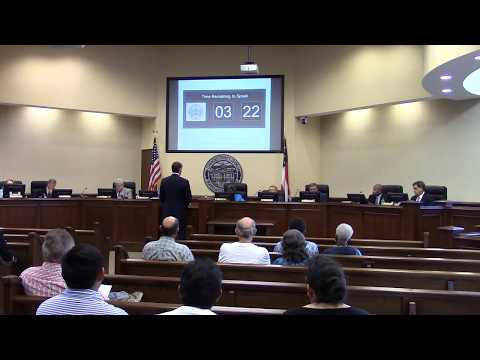 The Wisenbaker rezoning on Great North Road had a Commissioner recuse himself and took 2.5 minutes. The applicant request to table for Hogan on US 42 N was passed in less than a minute.