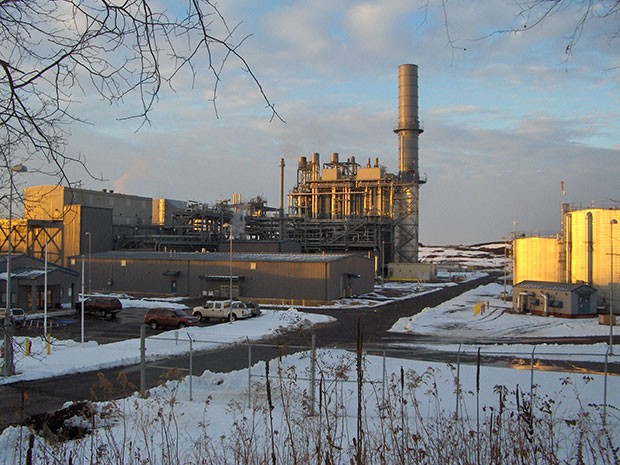 What does “strengthen the balance sheet” mean? The simplest version might be to have more assets than liabilities. Which would mean that Mankato gas plant was a liability.

Southern Company CEO Tom Fanning, curiously not quoted in a press release by his own company, was quoted in an earnings call transcript of the same day.

Next, as an update to our ongoing initiatives to optimize sources of common equity, we have reached a definitive agreement to sell Southern Power’s Mankato Energy Center to Northern States Power. Recall that the Mankato facility consists of an existing one on one natural gas combined cycle with an expansion project that is currently in the late stages of construction and is expected to be in service by mid 2019. We expanded two-on-one facility will have a total capacity of approximately 760 megawatts. Subject to customary closing conditions, we expect this transaction to close in mid 2019, be earnings accretive and offset approximately $400 million of equity needs for Southern Company. The total transaction value is $650 million.

Ah, another euphemism: “to optimize sources of common equity”. I’m guessing the “common” refers to common stock as in shareholders such as myself. So stockholders equity would be assets minus liabilities, with the assets mostly being capital and retained earnings. Some capital can be in the form of debt. Other capital can be from sale of assets, such as just happened with this Mankato plant. So if the point is “to optimize sources of common equity” by selling off an asset, does that mean debt equity was too high?

Thanks, Tom, and good morning, everyone. The Mankato transaction Tom mentioned is another great example of our ability to efficiently source capital to mitigate our broader equity needs.

We are also pleased to announce consistent with previous investor communications that we have executed the third-party tax equity financing arrangement for substantially all of Southern Power’s existing wind portfolio. This transaction, which we expect to close before year-end 2018 provides $1.2 billion of total proceeds while retaining our important ownership position in a premium carbon-free wind portfolio. The transaction is expected to be EPS accretive and would offset approximately $1 billion of equity needs for Southern Company.

OK, that’s the sort of thing Fanning told me back in May was the reason for selling off a third of Southern Company’s solar power portfolio. But why are they now doing that with wind, as well?

We also continue to work through the regulatory approval process at Burke for the sale of Gulf Power and Southern Power’s Plant Stanton and Oleander. While Gulf Power’s most recent priority has been the restoration efforts in the wake of Hurricane Michael, we currently expect to close both transactions during the first quarter of 2019.

We’ll come back to Gulf Power in a moment. But first, more about Mankato:

That and we also rebalance our capital structure so that we meet our FFO to debt targets and so a portion of proceeds will be used to pay down debt.

We try to do all of this — try to calculate all of our sales based on the equity reduction knowing that some — that the proceeds will be used for both purposes, repayment of debt and reduction of equity need.

And recall, the whole $7 billion that we’ve been targeting is really a thicker equity ratio for the company, in general, which gets us back to the coverage ratios at the Southern level.

Right. Okay, so it also relates to your attempting to hit some target of FFO to debt, which I assume is in the 15% range?

OK, so selling Mankato was to reduce debt.

As a reminder, our initial forecast of post tax reform equity needs for 2018 through 2022 was approximately $7 billion. We have successfully reduced our projected equity need for this period by more than $4 billion through our proactive efforts to optimize equity sources. Additionally, we have already issued approximately $1 billion of equity through our internal and at-the-market programs through October of this year. Net of the incremental equity for Vogtle that we announced last quarter, our projected remaining equity needs from now through the end of 2022 are only $2.4 billion. We will continue to be thoughtful and strategic as we fulfill these needs.

Back in May when Southern Company sold off a third share of its solar power assets and I asked Tom Fanning in the stockholder meeting why he was selling off our seed corn, he said news reports linking that to debt from Plant Vogtle were incorrect. Well, it sure looks like he and Andrew Evans linked both a similar sale of wind assets, and this Mankato gas plant, and the earlier start of sales of gas plants in Florida, to Plant Vogtle debt.

Southern Company has entered into an agreement to sell its gas and electric entities in Florida to NextEra Energy for approximately $6.475 billion.

In a statement that was followed by an investor call this morning, Company CEO Tom Fanning said the sale would bolster Southern Company’s financial profile.

Sure, there are other sources of debt, such as closing coal ash ponds and buying pipeline company stranded assets, but Plant Vogtle has to rank right up at the top of sources of Southern Company’s debt.

Also, maybe these sales of gas power plants indicate Southern Company is finally starting to realize natural gas is not the wave of the future, rather a rotten-egg smell of the past century.

Meanwhile, Tom Fanning does know what Southern Company actually should be doing:

Much more renewables. Before I got here, we were zero on renewables. Now across our fleet, including Southern Power, we’re around 10%. That’s for a company that produces much energy as the nation of Australia, roundabout, that’s a pretty big move.