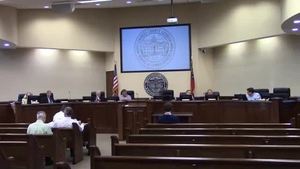 The tire amnesty went well, and added to the agenda: a county resolution in support of HR 158 in the Georgia legislature, to stop state fee diversions.

The County Manager reminded them they had heard about the Community and Economic Development Strategy a few months before (apparently under another name), and there was some confusion about Georgia Power’s continued involvement.

Below are links to each LAKE video with a few notes, followed by a LAKE video playlist. See also the agenda and the notes in it.