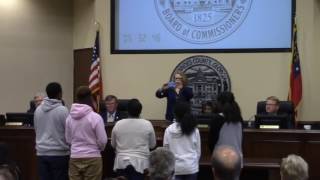 In a fifteen minute item, the Commission approved a split rezoning for REZ-2017-02 Calles, and they approved the removal of conditions from REZ-2017-03 Val North Dr, Stewart Circle. They approved the CDBG Grant preparation, but they didn’t mention they can’t actually apply until the resolve their feud with the local cities about tax allocation.

Below are links to each LAKE video of the 14 March 2017 Regular Session of the Lowndes County Commission, with a few notes, followed by a video playlist. See also the agenda and the LAKE videos of the previous morning’s Work Session.