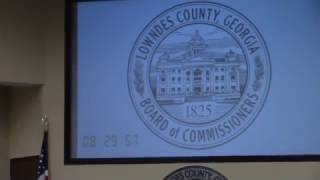 They vote tonight at 5:30 PM, and yesterday morning they reviewed the three rezonings back the agenda after being tabled last month. County Manager Joe Pritchard said staff would be sending Commissioners a list of upcoming board apointments so they could think of candidates. He didn’t say anything about showing that list to the public.

Below are links to LAKE videos from each item yesterday morning, with a few notes, followed by a video playlist.