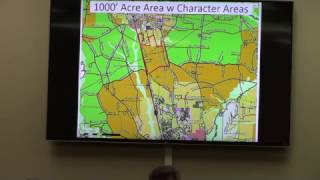 Seven of these eleven cases are on the Lowndes County Commission agenda this morning after being heard by the Planning Commission two weeks ago.

One item took almost an hour: REZ-2016-19 Turnberry at Thompson Old US41N/Thompson @ GLPC. Two others took almost half an hour each: REZ-2016-24 Martin – 3824 Newsome Road @ GLPC and REZ-2016-23 Branham Project, which was back again from last year and finally passed this time, 6-2. Those were the last of the Lowndes County cases, after which most of the crowd exited the packed house. At the end of the meeting they re-elected their same officers.

Here are links to each LAKE video of the items, in the order they were actually discussed, which wasn’t always in the agenda order. After that there’s a LAKE video playlist of the entire meeting.

Investigative reporting costs money, for open records requests, copying, web hosting, gaoline, and cameras, and with sufficient funds we can pay students to do further research. You can donate to LAKE today!