But one of those “other things” was massive civilian nuclear power, and that didn’t happen.

In 1973 President Nixon promised, in the name of energy independence:

At present there are 30 nuclear power plants in operation in the United States; of the new electrical generator capacity contracted for during 1972, 70 percent will be nuclear powered. By 1980, the amount of electricity generated by nuclear reactors will be equivalent to 1.25 billion barrels of oil, or 8 trillion cubic feet of gas. It is estimated that nuclear power will provide more than one-quarter of this country’s electrical production by 1985, and over half by the year 2000.

That would have taken thousands of nuclear power plants by the year 2000. Actually there were 103 in 2001, and several have already been closed down, some, like Crystal River and San Onofre because they’re broken, and others because they’re just not profitable. Sure, Southern Company is still building its two hugely expensive white elephants on the Savannah River, and Florida Governor Rick Scott wants to build two more at Turkey Point near Miami, in the path of rising sea levels, but there sure aren’t thousands and there are no plans to build anywhere near that many.

The anti-nuclear movement got going not long after Nixon’s speech, and hit the news especially when people started getting arrested at the site of the just-permitted Seabrook Nuclear Power Plant in New Hampshire. Protests and arrests rapidly increased there and elsewhere, but were very controversial among the general public.

Then, according to History.com:

In March 1979, a series of mechanical and human errors at the Three Mile Island nuclear generating plant near Harrisburg, Pennsylvania, resulted in an accident that profoundly affected the utility industry. A combination of stuck valves, misread gauges and poor decisions led to a partial meltdown of the reactor core and the release of radioactive gases into the atmosphere. Although the health effects were not serious, the accident heightened public fears and led to the immediate shutdown of several plants. In addition, a moratorium on the licensing of all new reactors was temporarily imposed, significantly slowing the industry for several years.

Coincidentally, that same month, a movie with big stars, The China Syndrome came out about:

“A reporter finds what appears to be a cover-up of safety hazards at a nuclear power plant.” 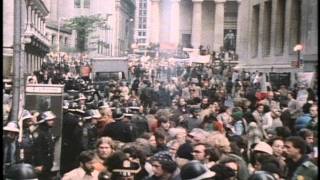 Later that same year, 29 October 1979, on the fiftieth anniversary of the 1929 stock market crash, anti-nuclear activists blocked entrances to the New York Stock Exchange, and some were arrested. No, that didn’t shut down the stock market (they have underground tunnels). But that occupation and other attempts to bring the failings of the nuclear industry to its financial backers did send a message that was heard.

As even nuclear apologists admit:

The claim is made that nuclear is inherently just too expensive to use, but, in fact, it was a coordinated assault by Wall Street and its foot soldiers in the environmentalist movement that drove the costs up.

Like the original nukes at Plant Vogtle on the Savannah River, which ended up costing 26 times as much as originally projected. That was $165 million per unit for the four originally planned in 1971, ramped up to $4,435 million per unit when only two were finally completed in the 1980s. And that’s not even taking inflation into account, which actually about doubled even that final cost.

The inflating costs of “natural” gas start with fracking poisoning groundwater and air and directly linked to earthquakes already two years ago. The glut of gas from fracking drives the pipelines that the Federal Energy Regulatory Commission (FERC) is rubberstamping as fast as it can, granting eminent domain to run easements through private property, paying only a pittance, and leaving the landowners to pay property taxes and everybody else nearby to pick up the tab for emergency responders.

Spectra Energy, already infamous for thirty years of corrosion, leaks, fires, explosions, and fines by U.S. and Canadian agencies, now wants to drill under the Suwannee and Santa Fe Rivers in Florida for its 36″ Sabal Trail pipeline. Last May Spectra had a pipeline blow out under the Arkansas River in Little Rock.

Kinder Morgan (KMI) has applied to FERC for a Jacksonville Expansion Project (JEP) to expand its Florida Gas Transmission (FGT) pipeline to 36 inches in diameter like Sabal Trail, from Suwannee County to Jacksonville, saying Sabal Trail can connect if it wants to. A 4″ FGT pipeline blew up in a fireball in Bell, Florida in 2012 when a tree fell on it. In 2009 an FGT pipeline blew up between the Florida Turnpike and I-95, flying a 104-foot piece of 18-inch pipe through the air, shutting down both roads, and fortunately missing a high school. JEP or Sabal Trail would carry 80 times as much fracked methane as that Bell pipeline or 4 times as much as the one that almost hit the high school. 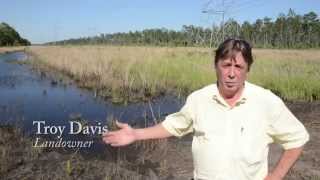 The same KMI also wants to plow its petroleum products Palmetto Pipeline across all Georgia coastal rivers to Jacksonville. What could possibly go wrong? And we may not have our China Syndrome movie yet, but we do have Push Back the Pipeline’s documentary At What Cost? Pipelines, Pollution and Eminent Domain in the Rural South, which is a good start.

Then there are the risks to the fragile karst limestone containing our sole source of drinking water, the Floridan Aquifer, that WWALS Watershed Coalition just fought a four-month legal battle over, with Sierra Club Florida now joining in more along with long-time pipeline opponent SpectraBusters.

There have been no accidents yet from liquid natural gas (LNG) export facilities, because so far as I know none have gone into operation yet, but FERC and two other U.S. federal agencies and a Canadian one are busy rubberstamping those, too. There certainly have been explosions at LNG facilities, and the risk is so well known that U.S. law limits liability for LNG tankers.

Southern California Gas Co.’s Aliso Canyon Storage Field, finally got both Los Angeles County and the state of California to declare states of emergency, after after evacuating many of the residents of nearby Porter Ranch and closing down a couple of schools for the duration, is still spewing methane into the sky above Los Angeles almost three months on with no end in sight.

Maybe Porter Ranch as the “natural” gas Three Mile Island will bring some attention to the huge problems of the fossil fuel industry. Or will we have to wait for the fracked methane Chernobyl or Fukushima? Will the methane-soaked San Fernando Valley have to catch fire and explode before we stop the runaway natural gas industry?

Let’s not wait for that. You can petition for U.S. Senators to call in the Government Accountability Office (GAO) to rein in FERC.

Even better, as Porter Ranch residents are insisting: 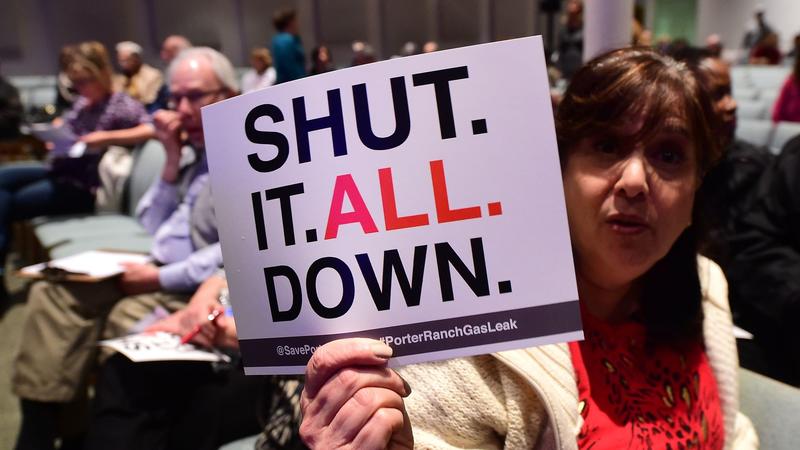 Not just the Aliso Canyon disaster. As another petition says:

Enact a MORATORIUM on new fossil fuel infrastructure approvals by FERC until the investigation is complete and changes are implemented.

Just like there was a moratorium on new nukes after Three Mile Island.

Maybe Porter Ranch is Chernobyl; maybe TMI was BP’s Deepwater Horizon disaster in the Gulf of Mexico, which spewed oil for about as many days as Aliso Canyon has spewed methane. 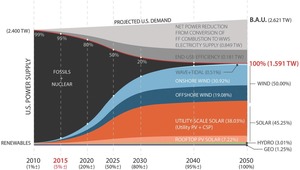 There is no reason to keep digging in the ground for energy: look up! Stanford Professor Mark Z. Jacobson and his researchers have shown us in peer-reviewed articles how to power every U.S. state (and 138 countries) on wind, sun, and water power, with plans to get there by 2050, with 90% by 2035.

There is no excuse for further destruction of property, air, water, or life for the profit of a few fossil fuel companies. 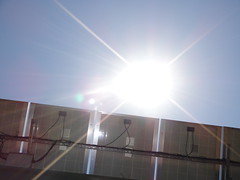