The Naylor boat ramp might be finished this fall, 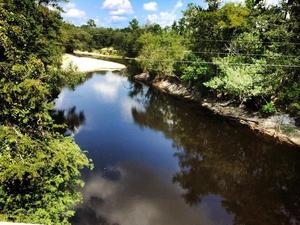 and here’s a list of other SPLOST expenditures, from yesterday’s Lowndes County Commission Annual Planning Meeting.

County Manager Joe Pritchard asked Chad McLeod Project Manager and Mike Fletcher County Engineer to come forward, saying “Turn in your book to that tab….” A book you, the taxpaying public reader, do not have. The county can publish board packets on their new website if they want to.

McCleod presented current facilities for SPLOST VII, after a long introduction by Pritchard, who said McLeod was the county’s liaison with Parks and Rec (VLPRA) and the Sheriff’s Department and other offices. McLeod said VLPRA projects are built by the county and turned over to VLPRA for administration, except for two projects at Freedom Park, which are being managed by VLPRA due to House Bill 489. He listed dollar amounts. I couldn’t catch all of them, but here are some of them: 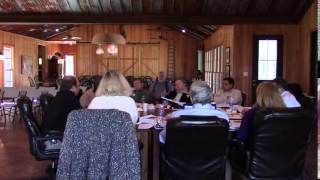 At 4 minutes and 55 seconds they talked about the new boatramp on the Alapaha River, as Gretchen previously reported. County Manager Joe Pritchard said Chad McLeod had been dealing with the boat ramp, and McLeod said:

We have an appraisal of the property. We’re working with the owner on a proposal to get back to the board with the price of that. At this point we do not see any obstacle financially speaking. Dr. Acree has been very cooperative in working with us on this project.

Pritchard asked McLeod to describe what they would do first.

On the Naylor boatramp, we have a proposed engineer hire for this month, it’s on the agenda for next week.

Update: The engineering firm from that agenda is Innovate Engineering Services.

We had a proposal come in from [inaudible] professional engineer […] survey, topo design model, and bid documents. Once that […] is approved we can move forward with the design of the actual boat ramp, […] the road going in, and also going forward how we’re going to build up the driveway. We’ll get that completed as quickly as possible.

The only issue we have in proceeding forward is the river has to reach close to base flow.

Last year it took […] and DNR about five months of going back and forth just so they could get a study for where the boat ramp needed to be. We started early 2014 and essentially it was September and October they came down to do the studies for the location.

We can go ahead and get the documents done and all the […] ready, ready to go out and bid it. We won’t bid this as soon as the documents are done becuase we can’t do a project in March and ask them to hold the contract until September possibly, just because the price fluctuates. We can do a quick bid, a thirty day bid, advertise, everything, and get it out the door as soon as we see the river based on a forecast is base flow.

We have a real good idea how things are going to lay out down there. The acreage is going to be close to five acres is what we’re going to obtain from Dr. Acree. I’ve met with Dr. Acree a number of times and talked with him on the phone.

We went over the appraisal together. I asked Dr. Acree if he’d be willing, whatever he’d be willing to do, what we could do. He said, get your numbers together….

If this project’s a bust because of you selling the land, but if not, we’ll negotiate a price.

Commissioner Demarcus Marshall wanted to know how deep the river would be. Answer:

The base flow is about six feet deep. The actual boat ramp location is going to be about four or five hundred yards north of the road. There’s a sandbar; you can see it from the road. It will be just above that sandbar. That was the best location, based on all the criteria for the boat ramp….

You can see that sandbar from the road in the first picture above, and here are some pictures from a WWALS outing on the Alapaha River 24 August 2014, when the water level at the Statenville gauge was 1.2 feet. See the WWALS live list of all the Alapaha River gauges for current levels. Historically speaking, fall is the low water season for the Alapaha River, so they’re more likely to have issues then with low water well below six feet. But at least they’re working on it.

Here’s the video of this agenda item: