Meanwhile the Lowndes County Commission has only a very brief list online and after four years of asking still doesn’t even know what all its own ordinances are.

Neither Lowndes nor Valdosta have a list of their resolutions online.

Both Lowndes and Valdosta have passed resolutions against the Sabal Trail pipeline, but neither have passed an ordinance yet. 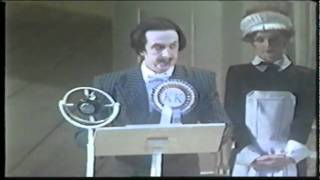 Most of the local elected governments have their own websites, except Hahira, which still only has an old one that doesn’t even show the correct mayor or council members.

Obviously not all the 20+ appointed boards are on there yet; it’s a work in progress. Probably you’ll think of more organizations, or more items that have been missed. If so:

PS: Apologies to Eric Idle and Gilbert and Sullivan.