And the announcement that the factory would bring 3,000 jobs to the region is the single-biggest employment announcement in the Buffalo Niagara region in decades, topping the 2,500 new jobs that GEICO promised to bring to its Amherst customer service center.

And the state’s investment of $750 million is more than three times larger than the $225 million originally planned.

And it’s not just jobs at the factory itself:

More than 1,450 of the jobs will be manufacturing jobs within the plant. The plant also is expected to lead to the creation of more than 1,400 jobs for workers providing support and services for the factory, state officials said. SolarCity also is expected to create more than 2,000 jobs across the state for workers selling and installing solar energy systems and providing other services.

“This is the biggest accomplishment to date — and it’s bigger than anything we could have imagined,” said Gov. Andrew M. Cuomo. 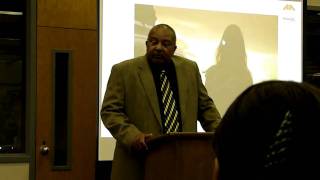 Maybe we should imagine better here. Actually, Jerome Tucker did, when MAGE SOLAR came to Lowndes High School 29 March 2011. Maybe we should listen to him. 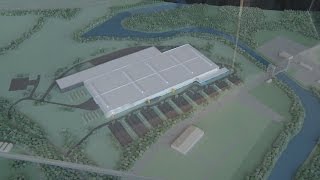 Erie County Executive Mark Poloncarz said, “When people think of Buffalo now, they’re not just going to think of chicken wings, the Bills and snow. They’re going to think of the largest production site for solar panels in the Western Hemisphere.”

Imagine a Lowndes County Chairman able to say that of the Valdosta MSA. Those solar panels at Valdosta’s Mud Creek WWTP are a good start. Time to keep going and catch up with Buffalo.

After Silevo was purchased in June by SolarCity, it put the development of Riverbend into question. But with the state increasing its investment, the company says it will invest $5 billion in the project over the next 10 years. CEO Lyndon Rive says their factory at 1.2 million-square feet will make the most efficient module in the world, creating an annual solar capacity of more than 1 gigawatt when it reaches full production.

Imagine a Georgia governor and legislature with that kind of vision, instead of taking campaign contributions from the Sabal Trail methane bridge to the past. Then Georgia might not be 50th of 50 states, with the highest unemployment rate in the nation.

Maybe if we can modify that 1973 Territorial Electric Service Act so it stops impeding solar financing, SolarCity and other solar companies will at least finance and install solar systems in Georgia. If Georgia Power and Southern Company keep standing in the way of that change, they will fall down the “death spiral” Wall Street predicts for utilities that don’t do enough renewable energy, and the change may come after SolarCity buys them. But why should we have to wait years more, shoveling more ratepayer dollars down that nuclear money pit at Plant Vogtle, letting a company from Houston gouge a pipeline to LNG exports through Georgia, when we could be getting on with faster, cheaper, cleaner solar power right now for jobs here where we need them?

Look up, Valdosta, Lowndes County, and Georgia! The sun is rising on Buffalo. It can rise here, too.